More people look to rent apartments in Wellington and demand has naturally gone up for immaculately furnished apartments. Wellington is the capital of New Zealand and lies at North Island’s south-western point between the Remutaka Range and Cook Strait. Wellington is the key administrative center for the entire Wellington Region, inclusive of the Wairarapa and Kapiti Coast. It is the world’s southernmost sovereign state capital with a maritime climate. It is also the windiest city in the world.

Benefits of Furnished Apartments in Wellington

There are numerous benefits of furnished apartments in Wellington  which make them immensely popular amongst travelers. They offer numerous advantages, including easy access to major transportation facilities, tourist landmarks and business hubs while also offering more space, comfort, privacy and flexibility.

All major aspects like deposits, agency fees, maintenance costs, bedding, furnishings, accessories and bills are taken care of without any hassles. Some apartments also offer added amenities wherever available, including gymnasiums and swimming pools.

We are experts in providing serviced accommodation and understand how guests need a place to call home when they visiting another city. We offer plush and luxury interiors which create a warm and welcoming ambiance. We also apply our own special touch by providing round the clock customer support and assistance.

There is rising demand for short term rentals in Wellington since these offer more privacy, comfort and convenience for those staying for a few days or weeks at the most. These units offer the best amenities like flat-screen televisions and high-speed Wi-Fi along with ample space alongside.

Demand is also high for the best holiday apartments in Wellington since these units come with plush and furnished accommodation along with the best amenities like well equipped kitchens, flat-screen televisions, appliances, high-speed Wi-Fi and a lot more. These units offer more privacy and proximity to major public transportation facilities in tandem with leading tourist landmarks and other attractions.

Where to Stay in Wellington 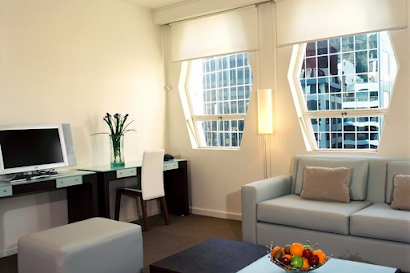 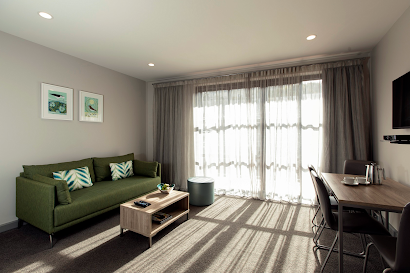 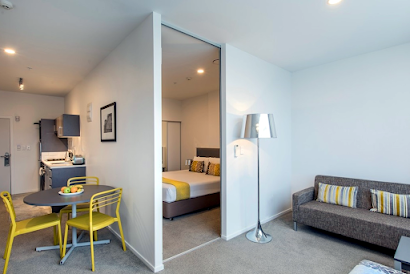 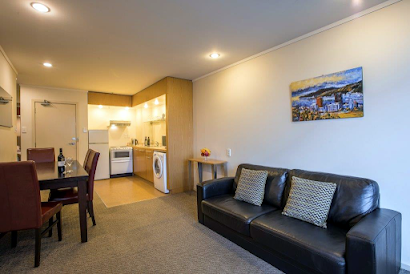 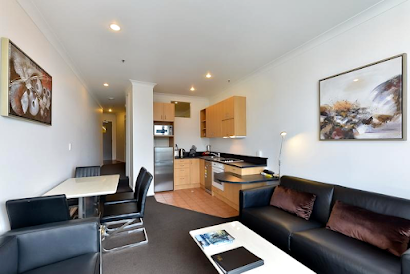 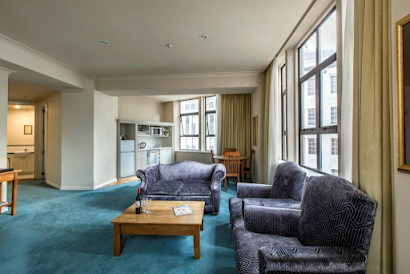 Things to know before booking serviced apartments in Wellington

You may also be interested in
More about Wellington

Wellington is the capital of New Zealand, nestled at the southwestern point of North Island between the Remutaka Range and Cook Strait. It is the administrative hub for the Wellington Region with a temperate maritime climate and is also the windiest city in the world. Here are some more interesting facts about Wellington:

Wellington has a service-based economy that emphasizes greatly upon business services, finance and government sectors. It is also home to the film and special effects industries along with information technology and academic research.

Wellington is one of the major seaports in New Zealand while being home to the Wellington International Airport, the country’s third busiest airport.

Cost of Living in Wellington

Here are some useful tips for visiting Wellington that you should keep in mind:

Things to Do in Wellington

There are several things to do in Wellington that you should take a closer at.

Q1. What are the most popular things to do in Wellington?

Q1. What are some free things to do in Wellington?

Some free things to do in Wellington include Te Papa, Weta Cave at Miramar, Botanic Gardens, Frank Kitt’s Park and Marine Education Center at the Island Bay.

Q2. Does Wellington have many romantic attractions?

Wellington has several romantic activities on offer for visitors including kayaking through the Wellington Harbor at night, hiring a bike together, viewing a show at the Circa Theater, enjoying cocktails, walking along the Oriental Bay and cruising to the Matiu Somes Island.

Q3. What are the most family-friendly things to do in Wellington?

Family-friendly activities in Wellington include visiting the Te Papa Museum, taking a cable car ride, enjoying the splendid views from the top of Mount Victoria, checking the Weta Workshop and exploring the Zealandia sanctuary.

Q4. What are the more unusual things to do in Wellington?

Places to Visit in Wellington

There are numerous places that you can visit in Wellington including the following:

Places to Eat in Wellington

Wellington is home to numerous good places to eat including Fidel’s which is situated along Cuba Street and The Matterhorn which offers fantastic tapas. Sweet Mother’s Kitchen lies along Courtenay Place, offering great Cajun delights. Monsoon Poon, Café Polo and Maranui Café are other wonderful options that true-blue foodies should certainly try. Burger Fuel is another great food joint where you will have a swell time!

Wellington is known for its abundance of tasty and delicious street food and its thriving café circuit. It is known for its iconic coffeehouses and famous cafes and you should try the Deluxe Expresso Bar which started in the year 1988. Wellington street food comprises of cuisines from Asia, Polynesia and Europe as well. Some dishes have signature New Zealand styles while you can enjoy bluff oysters, lamb, pork, venison or cervena along with crayfish (lobster), salmon, paua (abalone), Bluff oysters, tuatua and pipis (shellfish from New Zealand), scallops, mussels, pavlova, which is the national dessert, kumara or sweet potato and kiwifruit.

Wellington has its Urban Motorway which links Porirua to the Wellington City in tandem with the non-motorway Ngauranga Gorge extension. Bus transportation is available courtesy of numerous operators plying under the Metlink brand. Buses cover almost all zones in Wellington City and they cover the Golden Mile to Courtenay Place from the Wellington Railway Station. There are 9 trolleybus routes that ran till October, 2017.

Wellington is connected to the North Island Main Trunk railway and the Wairarapa Line alike. They fuse at the Wellington railway station in the northern tip of central Wellington. Long-distance services from Wellington are the Capital Connection for those coming from Palmerston North and the Northern Explorer which runs till Auckland.

There are four electrified suburban lines venturing from the Wellington railway station till the outer suburbs till the north of the city. The Johnsonville Line goes through the hillside suburbs northwards from central Wellington and the Kapiti Line goes to Waikanae on the Kapiti Coast along the NIMT through Porirua and also Paraparumu. The Melling Line goes to Lower Hutt through Petone while the Hutt Valley Line is also accessible through Waterloo and Taita till Upper Hutt via the Wairarapa Line.

The Wairarapa Connection is a diesel carriage service linking daily till Masterton in the Wairarapa through the Rimutaka Tunnel which covers 8.8 kilometers. These five services carry a whopping 11.64 million passengers annually combined. Wellington is also a port for the Cook Strait ferries going till Picton in the South Island, that are provided by Interislander which is state-owned and also Bluebridge which is private.

Local ferries link the city center in Wellington with Seatoun and Eastbourne. The Wellington International Airport lies 6 kilometers south-eastwards from the city center. It is serviced by flights throughout New Zealand along with other destinations like Singapore, Australia and Fiji.