Located a short train journey outside of London, Windsor is a fantastic location for both long and short stays. A perfect alternative to hotels, each one of our apartments in Windsor contain complimentary Wi-Fi, a spacious living area, stylish interiors and a comfortable living space. Windsor is a charming example of the quintessentially English market town - where picturesque streets and historic buildings are interspersed with stunning parks and gardens. However, Windsor has something that most towns don’t - a sprawling castle dating back to the 11th-century and royal residence of Queen Elizabeth II. Windsor Castle is one of the most popular attractions in the UK and sees the small Berkshire town welcome some 1.44 million visitors annually. Inevitably, this means the town boasts an abundance of superb accommodation to meet demand, with plenty of guesthouses and hotels. However, those looking for a more memorable experience may find themselves better suited to serviced apartments in Windsor. These properties offer visitors the opportunity to stay in a genuine townhouse, offering a much more personal and luxurious experience of the town.

Some of Windsor’s top serviced apartments include:

Opting to stay in serviced apartments in Windsor rather than a traditional hotel means having a more private space, a range of mod-cons, including home entertainment, and the added convenience of kitchen facilities - which provide an opportunity to try cooking with the abundance of local produce on offer throughout the town. 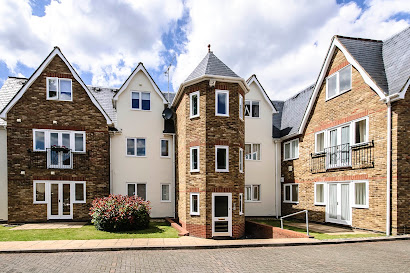 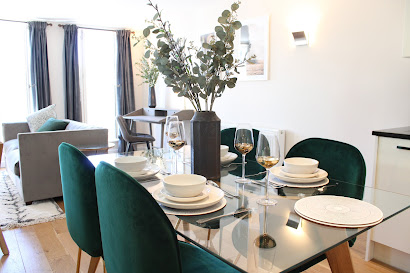 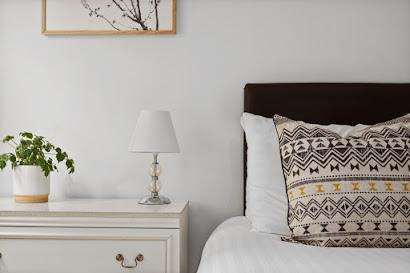 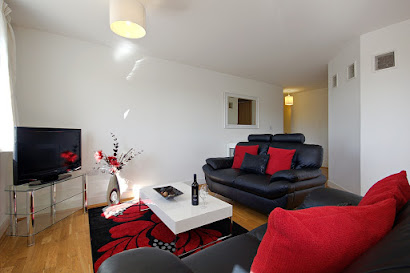 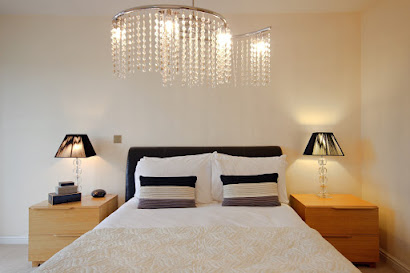 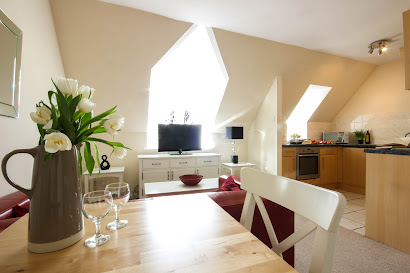 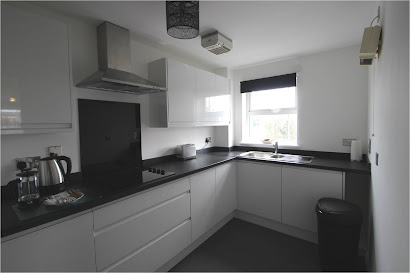 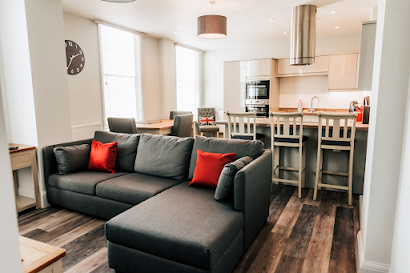 Things to know before booking serviced apartments in Windsor

You may also be interested in
More about Windsor

Where to Stay in Windsor

Windsor is a reasonably small town and anyone staying nearby will find they can easily walk to most of the major attractions. Bridgewater is the more modern area of Windsor and incorporates the commercial centre including the shopping mall and the main railway station. The most desirable area within the town itself is undoubtedly Castle Hill, which offers views of the eponymous castle as well as boasting plenty of old-world charm. Alternatively, those looking to base themselves away from the town centre may prefer Clewer Village which, despite being within walking distance of the town, offers more of a-rural experience.

Starting life as a Saxon village and being home to a royal residence for almost 1,000 years, Windsor certainly has a strong historical pedigree. In fact, when William the Conqueror took Windsor as his own property, there was already a palace in the town. Since then, the town has been an important location during the English Civil War, a centre of power for the monarchy and one of the country’s key locations for trade and commerce. Today, the town is one of the most popular tourist attractions in the UK, boasting both modern and ancient attractions.

Below are a few more fascinating facts about Windsor:

Things to Do in Windsor

The great thing about Windsor is that most of its major sights are within walking distance of each other. In particular, Castle Hill offers plenty of restaurants and pubs and, as the name suggests, is just a stone’s throw from Windsor Castle itself. As such, Windsor is a great place to simply explore on foot and discover the different sights, attractions and things to do.

What is there to do in Windsor?

Windsor is a great place to explore England’s fascinating history. Those visiting the area can explore one of the world’s most famous castles, as well as numerous other period residences and historically significant landmarks. However, Windsor isn’t all history. There’s also plenty of modern leisure facilities - including one of the UK’s top theme parks.

Are there any free things to do in Windsor?

Windsor is a fantastic place to visit for anyone looking to save money. Whilst the castle does charge an entry fee, it’s awe-inspiring exterior can be viewed for free - with the Great Park providing particularly stunning views. Another classic tourism experience can also be had for free in Windsor - watching the Guards march through the town from Victoria Barracks. Finally, those looking to learn a little more about local history can visit Eton College’s free museums.

Does Windsor have a good nightlife scene?

Whilst Windsor cannot claim to offer the wild nightlife scene of London, Manchester or Liverpool, the town has many traditional pubs and restaurants which make it the perfect place for enjoying a laid back evening out. The nearby towns of Reading and Slough also offer plenty of night clubs and bars for those looking to dance the night away.

Is Windsor a good place for families?

Most of Windsor’s attractions cater specifically for families with children, with Windsor Castle offering plenty of child-friendly exhibits and live shows. There are also plenty of modern attractions, from cutting edge leisure facilities to one of the country’s top theme parks. As such, Windsor is one of the best places for families outside of London itself.

Places to Visit in Windsor

Most people staying in Windsor are likely to have come to the town particularly to explore its famous castle - which is an entire day out in itself. However, for its diminutive size, Windsor boasts a huge amount of attractions - both historic and modern. As such, many find that a weekend in Windsor simply isn’t enough to see all there is to see. Below is a list of some of the top places to visit in Windsor:

Places to Eat in Windsor

Given that Windsor is an affluent town as well as one of the UK’s top tourist destinations, it is perhaps unsurprising that it offers a fantastic range of options when it comes to dining out. When it comes to places to eat in Windsor, visitors will find just about everything on offer - from fine dining to traditional pub food.

Those looking to enjoy more opulent surroundings can head to one of Windsor’s more upscale restaurants, such as:

Alternatively, for something a little more casual there are several restaurants offering great food in a more informal atmosphere:

Windsor may be known for its tourist attractions, but it is still a functioning and modern town which caters to both tourists and residents. As such, there are plenty of opportunities when it comes to shopping in Windsor. Most of the mainstream shops and services are to be found around Windsor and Eton Central station. Here visitors will find the Royal Windsor Shopping Centre, which offers a mix of high street brands and specialist souvenir shops, as well as Windsor Yards. Nearby Peascod Street is the main pedestrianised shopping area and includes several department stores as well as plenty of independent retailers. There are also several large shopping malls in the vicinity surrounding Windsor. These include:

Windsor has two overground railway stations. Windsor and Eton Riverside is the terminal station on the Windsor to London Waterloo line, whilst Windsor and Eton Central connect the town to London Paddington. Both routes have an average journey time from Windsor to London is around 45 minutes. Buses are the best option for journeys within Windsor and its surrounding villages, with some 76 routes operating locally. Some important routes to be aware of include:

Alternatively, during the summer, many people prefer to take in the scenery by travelling by bicycle or, as Windsor is only a small town, walking is a perfectly viable means of transport.

Windsor experiences seasonal weather, with warm summers, relatively cold winters and typically mild weather throughout autumn and spring. The town is popular all year round. During the summer months of July and August, when temperatures hover in the high twenties, Windsor’s many restaurants and bars open out their gardens and patios giving the town a fantastic social atmosphere. Similarly, it’s sprawling park becomes filled with people enjoying the sunshine with picnics and games. Alternatively, whilst the area experiences cold winters, with temperatures just above freezing throughout late-December and January, many of its attractions are indoors and offer ideal sightseeing when it’s too cold to stay outside.