Zurich West, as the name suggests, is the Western part of Zurich which is the financial capital of Switzerland. Renowned around the globe for being upscale and extravagant in terms of its chocolates, shopping, lifestyle, and living standards, Zurich is quite frankly one of the most expensive global cities. Yet all that isn't enough to describe this city as over the years it has turned into a magnificent pot of culture, symbolic of its revival. That is the reason so many people travelling here for the short term often struggle with finding an affordable and at the same time convenient place to live.

TheSqua.re team has done its thorough research right in Zurich-West and has come up with a compact list to choose from. Right below are some of the top serviced apartments in Zurich-West:

Amid other expenses that expensive Zurich-West might throw your way, some very convenient daily amenities that TheSqua.re apartments make available to you will save the trip. Expect weekly cleaning with fresh upholstery, high-speed Wi-Fi for better connectivity and business communication, satellite TV, comfortable beds, and a clean ambience among several other comforting features to unwind here. Even if the plan might shift to the long run, tumblers and washing machines are made available to tenants free of cost. Overall, the experience of a serviced apartment in a place like Zurich-West is hands down the most comfortable, convenient, and affordable. 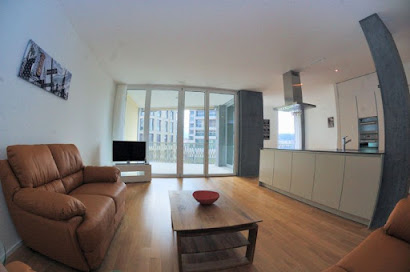 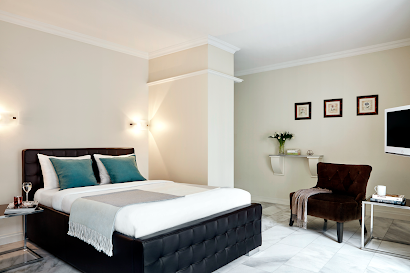 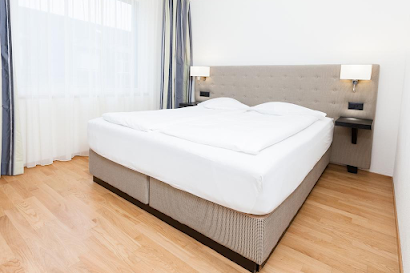 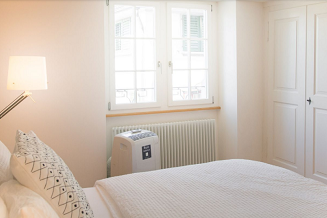 Things to know before booking serviced apartments in Zurich

You may also be interested in
More about Zuerich-west, Zurich

Zurich-West being a part of Zurich gets all the benefits of being the finance and banking hub that it is. It falls in the north of Switzerland and of the iconic Lake Zurich. Considering its proximity to nearby countries, there can be a possibility that a lot of travelling goes within your stay here. The best part is that all of our corporate accommodation in Zurich-West have been strategically placed in some of the most charming buildings in the city. While the quietness of the residential streets won't bother your me-time, the hip culture and exciting nightlife of the 5th district right nearby will collectively take care of the lazy dine-outs, party weekends, and the tourist in you.

If needed, extra laundry shifts or cleaning shifts can be offered as well. We understand that it is quite predictable with kids on the trip. If that is the case, even supplementary furniture can be made available for added comfort. Even if the plan might shift to the long run, tumblers and washing machines are made available to tenants free of cost. With all possible comforts available, even if additional intervention is required, the guest services team will be available for all your needs 24X7 just to ensure if your expectations are being met. With such warm and thorough service available in a foreign land, holiday accommodation in Zurich-West by TheSqua.re promises a memorable stay right at the foothills of snow-covered Swiss Alps.

Where to Stay in Zurich-West

When it comes to Zurich, the city is divided into several numbered districts. Out of the ones falling in Zurich-West, District 5 is considered to be the most lively and popular among locals and tourists alike. Living near the airport might be cheaper but the entire fun of the residential life here is right at the centre. The good part is that the entire city is a pot of multiple ethnicities which make it quite easier to fit in and make the most of the experience. The Langstrasse neighbourhood with its popular red-light area falls in District 4. Literally translated into ‘Long Street’, this lively section though notorious in its reputation bags the second-best preference among travellers. No matter which district you go far, both of them promise the essential vibe of Zurich.

Zurich as per its reputation has a lot of buzz around the world. Despite that, there are some intriguing facts which most people don't know as yet. If travelling to Zurich West anytime soon, below are some of the lesser-known facts that the financial capital holds in, the charm of which directly passes on to its western part:

Cost of Living in Zurich-West

It is no surprise that Zurich is one of the most expensive cities around the globe. Even then, the stats on paper end up surprising many. The cost of the living index here is 138.92. While that doesn't end here, its cost of living goes up to rank as high as 2nd position among 541 cities across the world. One side public transport ticket can be bought for as low as 4.40 Swiss Fr but eating out can get the charge higher. While an inexpensive meal at a food joint would cost you 25 Fr., a three-course meal at a mid-range restaurant might cost over a 100 Fr. That's the kind of difference that makes a serviced apartment your best option. With a ready kitchen and groceries available to you, reducing the frequency of restaurant meals wouldn't be difficult at all.

Even though Zurich-West is not very huge, there are some of the expert tips that can save you a lot of hassle and money. Some tips that you might help to lessen the expenses and add more oomph are listed right below:

Things to Do in Zurich-West

Even though the western half of Zurich city looks like a small area to explore, the diverse range of activities that travellers enjoy here often surprises them. Some of the most popular things that can be done here include:

Q. What are the most popular things to do in Zurich-West?

Below are some of the top recommendations from the locals and the tourists to make the most of Zurich-West:

Q. What are some free things to do near Zurich-West?

Considering the cost and standard of living in Zurich, expect a moment when the trip might get slightly rough on the pocket. When that happens, head to the below recommendations for rescue:

Q. What are the most family-friendly things to do in Zurich-West?

Zurich-West has a mix of adult fun and family outings. Even though the red light district is famous in the city, there are still several hubs here which are fantastic for kids and family groups. Some of them are listed below:

Places to Visit in Zurich-West

This beautiful part of the city has an eclectic selection of places to offer. From museums to the river, cult fashion hub to landmark shopping destination, Zurich-West ends up building a lot of expectations. Below are some of the most iconic places to visit in Zurich-West:

Places to Eat in Zurich-West

While Swiss cheese and chocolates are famous across the globe, some exclusive food experiences are a must-try in Zurich-West and the city in general. Some of the handpicked places to eat in Zurich-West include:

From Thai to Indian, Chinese to authentic Swiss delicacies, some of the most popular street food joints near Zurich-West which are loved by locals can be read below:

From Tibetan shops to flea markets, a high-end luxury that might crash banks to tiny things that are affordable and adorable, Zurich is home to all. Below are some of the exclusive picks from around Zurich-West.

Some of the nearest train and tram stations in Zurich-West are:

Zürich Hauptbahnhof, the long-form for Zürich HB is the Central Station and the largest of the entire Zurich city. In most cases, it is around 900 metres away from the apartment. For business travellers travelling to and fro from neighbouring countries or even independent travellers exploring this side of the world at their own pace, this station provides easy connectivity to countries including France, Garmany, Austria, and even Italy. Apart from that, the local connectivity is well ensured with the train system of Zurich City.

Zurich-West like the rest of the city is quite predictable and comfortable all year long, especially during summers. While the summers can get wet but anyway quite convenient to travel, the real vibe of Switzerland can be enjoyed over the winter season. While it gets very cold, the average of snowy days goes up to roughly 20 days with around 33.5" of snow, and that's exactly what every traveller low-key expects from Switzerland.