Grachtengordel is one of the most historic parts of Amsterdam and a designated UNESCO World Heritage Site. The canal belt, as it is known in English, encompasses the neighbourhoods to the south-west of central station, which is arguably the most picturesque part of the city - famous for its crooked houses, traditional bistros and, of course, its famous canals. Naturally, this makes the canal belt one of the most desirable areas to stay in the Dutch capital. However, whilst Grachtengordel boasts an abundance of hotels and guesthouses, an increasing number of visitors are finding that private apartments are by far the best way to really experience the city’s historic charm.

Some of the top serviced apartments in Grachtengordel are:

TheSqua.re’s range of serviced apartments in the canal belt are some of the finest properties available in the city. Each offers a luxurious environment in which guests can enjoy the traditional, laid-back lifestyle of Amsterdam in a genuine Dutch home. The inclusion of home entertainment and full kitchen facilities means they are also the perfect solution for anyone looking to spend a little longer in the city. Finally, serviced apartment sin Grachtengordel also have the added convenience of enhanced services, such as room cleaning, concierge and reception. 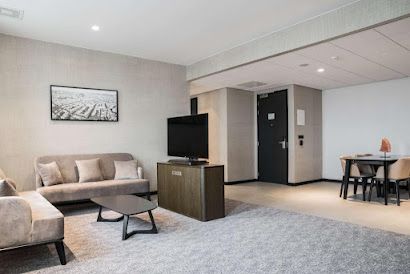 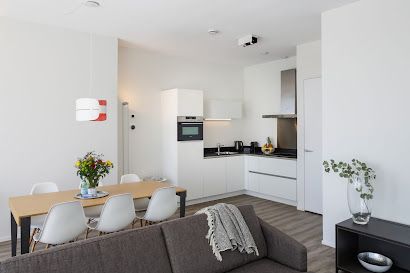 Where to Stay in Grachtengordel

The canal belt is comprised of the area around the city’s four main canals: the Singel, the Herengracht, the Keizersgracht, and the Prinsengracht. Most visitors will find little discernible difference between these areas within Grachtengordel and the entire area is easily walkable - meaning any accommodation within the canal belt will be highly desirable. That being said, the area around Noordstraat is popular due to its central location and proximity to several of the city’s famous sights and landmarks. Similarly, the De Negen Straatjes is one of the most famous locations in the city - however, it is also one of the busiest, so those staying in the vicinity should be aware that it could be a little noisier than other areas of Grachtengordel.

Amsterdam is famous for its canals, which along with the ubiquitous bicycles have become a symbol of the city. Historically, the canals served an important part of town planning and transport and as such, Grachtengordel has a rich history dating back to the Dutch Golden Age of the 17th century. Below are a few interesting facts about Grachtengordel and its famous waterways:

Things to Do in Grachtengordel

Grachtengordel is right in the heart of Amsterdam and boasts many of the city’s most iconic streets and landmarks. Visitors to the area will find that they can easily reach any neighbourhood in the city, meaning they are spoilt for choice when it comes to things to do in Grachtengordel. From world-class museums to quaint bistros and cafes, the canal belt showcases the best of all the Dutch capital has to offer.

Is Grachtengordel a good destination for families?

Grachtengordel is ideal for families as it offers a central location yet provides a more relaxed ambience than neighbouring De Wallen. There are also plenty of family-friendly activities in the vicinity, as well as excursions available to the surrounding countryside and suburbs.

Are there any free activities in Grachtengordel?

Grachtengordel features on numerous free walking tours throughout the city - which offer a great way to get familiar with the neighbourhood and its surroundings. Some of the museums in the area also offer free exhibits - or even free entry on certain days of the year. Finally, many famous landmarks, such as iconic bridges and townhouses, are to be found in Grachtengordel and can be enjoyed for free.

Is Grachtengordel a good place for nightlife?

Amsterdam is famous for its nightlife - particularly the area surrounding central station and De Wallen. However, those looking to escape the more raucous aspect of the city will find that Grachtengordel offers a far more dulcet and genial evening out. With plenty of great bars and cafes, the canal belt offers plenty of late-night venues without the hustle and bustle of the more touristy areas.

Places to Visit in Grachtengordel

Many of Amsterdam’s most famous landmarks fall within the boundaries of Grachtengordel - making it the ideal place from which to start exploring the city. The area also borders several other key locations, such as De Wallen and Jordaan, meaning once visitors have finished exploring the local sights, they only need to make a short walk for more sightseeing. Below is a selection of essential places to visit in the canal belt:

Places to Eat in Grachtengordel

From Michelin-starred fine dining to unassuming local cafes, Amsterdam is one of the best cities in Europe for dining out. Nowhere is this more evident than in the area known as the canal belt. Here there are several of the cities top establishments, as well as innumerable bistros, cafes, and bars offering cuisine from all over the world.

However, the area also has plenty of Amsterdam’s famous bistros, with local highlights including:

Finally, Amsterdam has a burgeoning global food scene, with several popular Oriental restaurants to be found in Grachtengordel:

Being in the heart of the city, the canal belt is a great place to be for those looking to sample some of Amsterdam’s excellent street food. Most of the popular vendors are to be found in or around the Nine Streets area, especially the central end. However, all of Grachtengordel is considered city-centre and those looking for street food will find they don’t have to venture far to find something new. Some venues popular with both locals and tourists include:

Amsterdam is a great place for shopping, offering everything from modern shopping centres to historic markets and streets famous for protecting their heritage of independent stores. Whilst Grachtengordel isn’t known for its large-scale shopping malls, it is home to one of the city’s most famous shopping areas - De Negen Straatjes. The Nine Streets as it is known in English is a small collection of streets boasting one-of-a-kind boutiques and independent stalls selling everything from confectionary to souvenirs. Alternatively, those looking for more modern shopping in the canal belt can head to several other prominent retail centres:

Amsterdam has plenty of options when it comes to getting around. The city’s public transport network is comprised of trams, metro, overground rail, buses and ferries, which between them offer easy means to explore the city as well as its surrounding suburbs and the wider country. For transport within Grachtengordel itself, the tram is usually the fastest and most cost-effective means. Some key stops in the area are:

Trams, as well as buses and the metro, can be paid for with the OV-chipkaart system, which operates in a similar way to London’s Oyster. Alternatively, those who do not wish to make use of public transport also have the option of Amsterdam’s most recognizable form of locomotion - the bicycle. The city has extensive cycle path routes and bikes can be hired from numerous vendors.

Amsterdam experiences seasonal weather much like the rest of western Europe. However, the city’s northern location and proximity to the sea means it can often be a little colder and windier than the more southern cities. Typically, the best time to visit is the springtime from late-March to early May. This is before the tourist season hits its peak, yet the weather is mostly clement and the famous tulips will be in bloom. August is peak season and temperatures can reach over 30 degrees - making it the ideal time to visit for those looking to enjoy Amsterdam’s many green spaces and parks. However, winter is also a popular time, with the canal crossed streets making the ideal backdrop for Christmas markets and seasonal festivities.