Electronic City is a major IT zone in the city of Bengaluru within Anekal Taluk. It is one of the biggest IT hubs and electronic parks in the city and it covers a whopping 800 acres. Electronic City was founded by the Karnataka State Electronics Development Corporation or KEONICS. It has four zones or phases, namely Phase I, Phase III, Phase II and Phase IV. There are close to 200 IT and ITeS entities nestled in Electronic City. This covers the main campuses of leading IT companies such as HCL, TCS, Wipro, Infosys, Biocon and Tech Mahindra.

All of our Electronic City serviced apartments come with the best amenities and facilities for guests. From free Wi-Fi and comfortable beds to fully-equipped kitchens, you will find everything at your fingertips.

Reach out to TheSqua.re reservations team for booking your serviced apartments in Electronic City. You can browse through several accommodation choices.

Our serviced apartments in Bangalore are ideal for corporates and business travelers. You will appreciate the sheer privacy on offer along with abundant comfort and convenience alike. Our apartments come with comfortable beds, bathroom amenities and vital appliances.

Expect to enjoy connectivity, entertainment and recreational facilities galore. We also offer the best safety and security features for our guests. Our Electronic City serviced apartments are well connected to leading offices and IT majors in Electronic City along with public transportation facilities.

Holidayers and leisure travelers will find our serviced apartments in Electronic City to be ideal options. They offer all the space, privacy and comfort that you require. There is room for everyone in the family along with the best appliances and facilities.

Enjoy cooking your own meals in well-equipped kitchens while enjoying the best entertainment and recreational features. Free Wi-Fi keeps you connected without any hassles. Security and safety features also help in ensuring greater peace of mind. Our holiday apartments in Banglore are well connected to the best tourist attractions in Electronic City. You will find readily available public transportation facilities in the vicinity.

Where to Stay in Electronic City

Electronic City itself is the best place to stay across its multiple phases. It comes with several restaurants, cafes, entertainment options and a lot more. You can also consider nearby residential destinations such as Sarjapur Road, Chandrapura, Bommanahalli and many other areas. 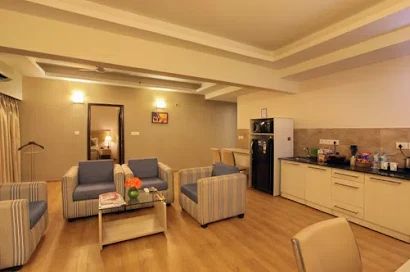 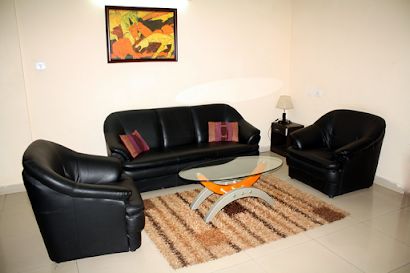 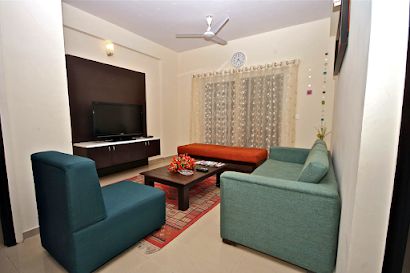 Here are some interesting facts about Electronic City that you should know more about.

Cost of Living in Electronic City

Electronic City is not that costly provided you manage things more effectively. The monthly rental costs may hover between Rs. 15,000 and Rs. 65,000 in the locality for 2 and 3 BHK units.

Here are some tips for travelers venturing to Electronic City.

Things to Do in Electronic City

There are several things to do in Electronic City. Here’s taking a look at some of them.

What are some popular things to do in Electronic City?

Some of the popular activities in Electronic City include checking out Footymonks for a spot of excellent football along with visiting the Indian Combat Sports Academy. You can also check out the enthralling Play Factory along with PuppyOye Dog Boarding and Dog Park which is a fun experience for the whole family, especially children.

What are some free things to do near Electronic City?

There are several free things to do near the Electronic City neighbourhood. You can visit the ISKCON Temple in Bangalore along with the green oasis which is Cubbon Park. You should also check out the Lalbagh Botanical Garden along with exploring the swanky UB City thereafter. Check out the Visvesvaraya Industrial and Technological Museum along with Commercial Street and the Bannerghatta National Park.

What are the most family-friendly things to do near Electronic City?

Families will love visiting the Jawahar Lal Nehru Planetarium along with the Heritage Center & Aerospace Museum. You will love taking your family to the PuppyOye Dog Boarding and Dog Park for a lovely experience. Play Factory is another destination worth checking out along with Phoenix Marketcity.

Places to Visit in Electronic City

There are several places to visit near our furnished apartments in Electronic City. Some of them include the following:

Places to Eat in Electronic City

There are numerous acclaimed restaurants and eateries dotting Electronic City. Find a heady mix of contemporary and traditional flavors along with a decent sprinkling of globally popular cuisines alongside. Some of the top restaurants in the area include the following:

There are numerous street food options available in Electronic City. Some of the best options include the following:

The expressway covers 9.985 kilometres and it helps access the area from Silk Board within only 15 minutes. NICE Road links the area to several zones such as Mysore Road, Bannerghatta Road, Tumkur Road and Kanakapura Road.

The Namma Metro Yellow Line connects Electronic City to several areas through the R V Road to Bommasandra network. The line is expected to be completed soon. The Heelalige railway station lies around 4 kilometres away from Electronic City Phase 2 and is a part of the suburban railway network. Electronic City is well connected to the Kempegowda International Airport.

Bangalore has good weather round the year although tourists prefer coming down in the winter months from September to March. Temperatures usually range between 28 and 32 degrees Celsius. In summers, the temperatures rise to 38 degrees Celsius on average.

The months between May to October have higher chances of rainfall. Bangalore witnesses dry weather throughout January, March, February and also in December. April is the hottest month on average.