New York is one of the world’s most enigmatic cities - a sprawling metropolis brimming with different cultures, iconic architecture and some of America’s most famous streets and neighbourhoods. The unique allure of the Big Apple sees it welcome some 60 million visitors each year, many of whom are looking to experience the vibrant atmosphere and explore the myriad of fashionable bars and Michelin-starred restaurants. Whilst many will have an itinerary planned well in advance, there are few cities that offer as much to see and do as New York and, as such, it can be a little overwhelming trying to fit everything into a single trip.  What follows is a list of the top ten fun things to do in New York, offering something for every budget and including some of the most famous landmarks. 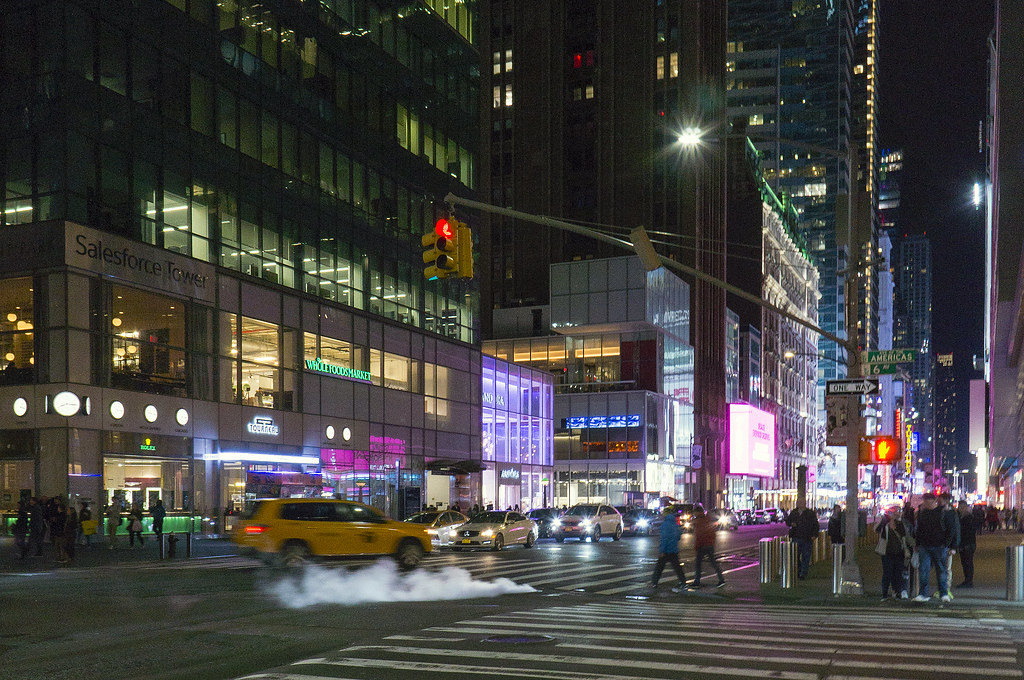 Here is the list of the top 10 fun things to do in NYC:

The quintessential New York experience. The Empire State Building was the tallest building in the world at the time of its construction in 1931 and held the record for almost forty years. It is therefore unsurprising that the building’s 86th and 102nd-floor observation decks offer some of the most impressive views of the surrounding cityscape. In fact, the building’s high-speed elevators carry around 4 million tourists to the top floors every year.

There are several packages available for visiting the Empire State Building. The basic, 86th-floor viewing platform is $36 dollars for adult entry, whilst access to the 102nd floor is an additional $20 - this can be paid upon entry or whilst on the 86th floor. Alternatively, the building is included in the New York City Pass, which offers several other top sites for $132.

The Statue of Liberty is arguably New York’s most iconic landmark. Designed by Frederic Bartholdi and built by Gustav Eiffel (who also built the tower in Paris) and towering over three hundred feet above Liberty Island, the statue has long been seen to epitomise the spirit of the US constitution. Liberty Island is also home to the newly redeveloped Statue of Liberty Museum. Nearby Ellis Island is equally famous as the place where new migrants to NYC were processed as they arrived. Almost every tour of Liberty Island will also include Ellis Island, where the famous Immigration Centre is now a popular museum with interactive exhibits and artefacts.  Statue Cruises is the only officially licensed tour operator and offers several packages. Tickets that include access to the Statue of Liberty crown, as well as museums on both islands, are priced at $21.50 per adult. Alternatively, a basic ticket allowing visitors access only to the islands is $18.50. Those preferring access to the structures are advised to book well in advance of their visit, as tickets are highly limited based on health and safety protocols.

3. Listen to Jazz in Harlem

New York City is famous for its nightlife, with each district having its own unique atmosphere. However, few neighbourhoods can lay claim to one of America’s most enduring exports - Jazz music. Whilst the music itself originated in New Orleans, Harlem was where it became the cultural phenomenon it is today. Unsurprisingly, the neighbourhood offers some of the best jazz clubs anywhere in the world and one of the most fun things to do in New York is to enjoy a cocktail or two whilst listening to some authentic local talent. Paris Blues, Showman’s Jazz Club and Minton’s Playhouse are some of the most popular venues, with live music seven days a week.

Whilst many tourists may overlook Coney Island, any New Yorker knows that it is one of the most fun places to be during the summer months. Between Easter and Halloween, this Brooklyn suburb is transformed into a  beachfront fairground. The rides are operated independently, but typically everything runs from midday until late at night during the holiday season. Aside from fairground rides, there are also plenty of live shows and a host of eateries, bars and restaurants. Train services run from central Manhattan to Coney Island, with a journey time of around forty-five minutes.

5. Take a Boat Tour on the Hudson

Whilst seeing Liberty and Ellis Islands is one of the top things to do for anyone visiting New York, many find they are simply too pushed for time. As such, taking a boat tour can provide the perfect compromise, as they offer a way of seeing numerous landmarks in a single trip, without stopping too long at each. Aside from being great for sightseeing, a boat trip on the Hudson is also one of the most fun things to do in New York - especially if the weather’s good and the boat has dining facilities.  The typical tour involves a close-up view of the Statue of Liberty, Ellis Island and the Brooklyn Bridge, as well as incredible views of the New York cityscape that can only be seen from the water. Costs can vary depending on the operator but typically start at around $30 for a basic trip, with cruises including dinner ranging from $100 - $300.

6. See a Show on Broadway

Another essential New York experience. Broadway is synonymous with musical theatre and offers the ultimate place to enjoy one of the world famous shows, including Wicked, Miss Saigon, Chicago and the Lion King. The historic theatres are also attractions in themselves, having established their pedigree over years of success - similar to London’s West End theatres. Belasco Theatre, Helen Haynes Theatre and the Lyceum Theatre are amongst the most iconic venues, however, most visitors will choose the theatre that offers the show they want to see. Shows run all year round, with the winter holiday period being particularly busy.  Tickets vary hugely in price depending on the show and venue. For a top show, weekend tickets in the orchestral stalls will start at around $150, whilst seating in the mezzanine tiers are upwards of $70. Whilst it is advisable to book tickets well in advance to avoid disappointment, it is also possible to queue for reduced tickets on the day of a show at one of the TDF ticket booths.

One of New York’s most instantly recognisable features is the sprawling 843-acre urban park that sits between its skyscrapers in the centre of Manhattan. Central Park welcomes almost 40 million a year, many of whom simply enjoy strolling around its winding paths and admiring the gardens and lakes. However, Central Park is also full of activity during the summer months and one of the most popular things to do is to take an open-air yoga class - offering the rare chance to experience nature in a peaceful setting, yet surrounded by a teeming metropolis. There are various companies running exercise and yoga classes in the park throughout the summer months, with prices starting at around $20 per session, per person. These can be booked via the official Central Park website.

8. Take a Romantic Ride in a Horse-drawn Carriage

Whilst sports and relaxation are the order of the day for summertime in Central Park, winter is the perfect time to enjoy one of New York’s other classic tourist experiences - a ride in a horse-drawn carriage. These carriages offer a fantastic way to experience the beauty of the Park and are one of the most romantic and fun things to do in New York.  Providers can be found all year round lined up along Central Park South between 5th and 6th Avenues and usually priced per carriage at around $145.0 However, the price can vary depending on the provider, as many offer tours of 20 minutes, 40 minutes and one hour, as well as special tours covering a wider area. Carriages can be booked in advance via company websites, or hailed in the street in a similar way to the yellow taxi cabs.

9. Take a Ride in a Helicopter

It is hard to talk about fun things to do in New York without mentioning the city’s famous helicopter tours. NYC has one of the most iconic cityscapes on earth and there can be no better way of experiencing the view than from the air. Tours leave from either the south Manhattan or just across the water on New Jersey’s east side. Typically tours last between fifteen and twenty minutes and focus on the Upper Bay area of the Hudson (commercial operators are restricted to flying over water).  This area includes many of the city’s most iconic landmarks, including the Statue of Liberty, Ellis Island, Governor Island, as well as the skyscrapers of the World Trade Centre and Lower Manhattan. Prices range from between $150 and $250, depending on the operator. However, there are ofter heliport fees that are paid in addition to tour costs.  Due to air traffic control restrictions, it is highly advisable to book helicopter tours well in advance.

Baseball is the ultimate expression of Americana and Yankee stadium is arguably the sport’s spiritual home. Even those who know nothing of the game will find that being amongst the crowds and soaking up the summer atmosphere of the big game is one of the most fun things to do in New York. New Yorkers are fiercely proud of their team and many of its most famous player, such as  Babe Ruth or Joe Dimaggio, have become American cultural icons. As such, a trip to Yankee Stadium is much more than just watching a sporting event.  Tickets vary according to seating, but prices typically start at around $80 for good tickets - though it is possible to find seats for as little as $20 in the higher-tiers of the stadium. As with most popular events, it is advisable to book Yankees tickets well in advance and research the team’s schedule to find out when they are playing home games. Of course, the above list is certainly not exhaustive. New York is a big city and much of the fun is to be had in exploring its diverse neighbourhoods. One of the Big Apple’s strengths is that it has a huge selection of accommodation all over the city, making it easy to plan a trip around particular areas of interest or landmarks. The abundance of luxury hotels, guest houses and furnished apartments in New York means that visitors have plenty of opportunities to plan their own unique experience of the city, without sacrificing comfort or convenience. 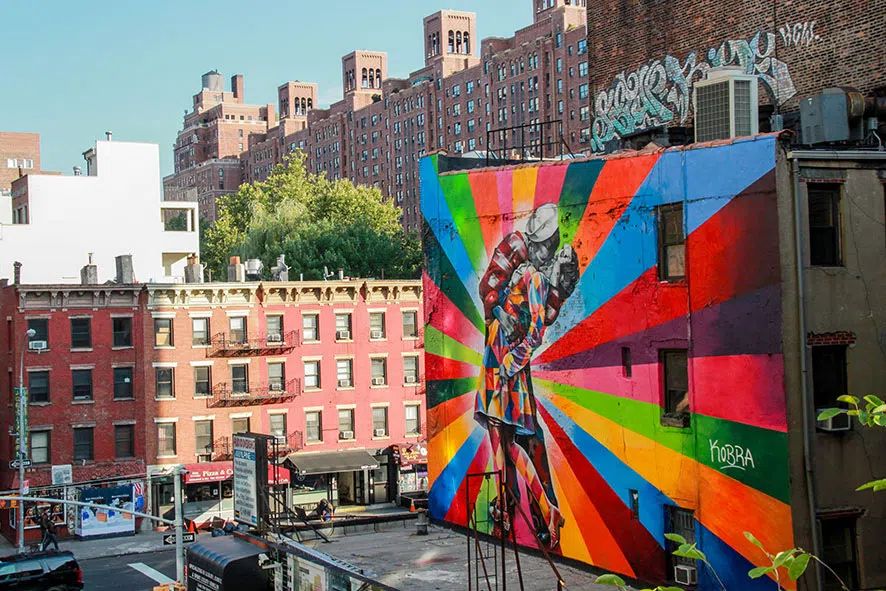 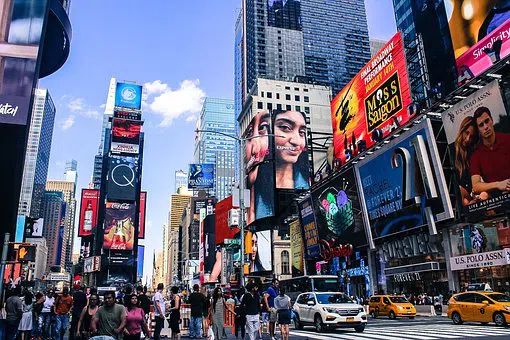 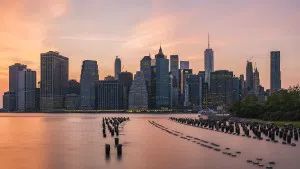