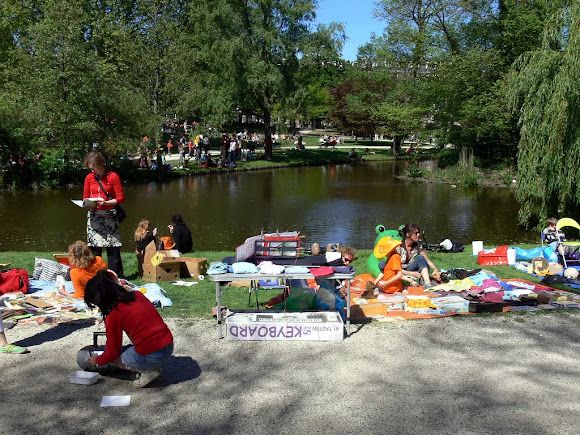 Known as the ‘fun capital’ of Europe, Amsterdam is bound to have numerous fun facts regarding its nature, politics and history. Whilst you may know some of the more famous facts such as soft drugs being allowed in coffee shops, or how it is a city filled with bicycles, but did you know the why, the how and the random?

Here are some of the many fun facts about Amsterdam that you may or may not know about, starting with a beautiful history of how Amsterdam came to be.

The name Amsterdam directly translated means dam by the Amstel, as traditionally Amsterdam was a fishing village located behind a dam, that was protecting the town from the river Amstel. Also, more importantly, Amstel beer was founded and crafted in this beautiful city.

Amsterdam is an old city with a fascinating history, and it used to be the center of the financial world and one of the richest and most powerful locations on the planet. Nowadays, although Amsterdam is still an important financial center, it’s difficult to imagine it’s past and the way it shaped the modern world. Today Amsterdam is more of a fun city with the seriousness of everyday life running efficiently in the background.

The politics of Amsterdam and the Netherlands is quite different from other European cities. For example, you would expect the government to sit in the capital of the country, but you would not find the government in Amsterdam but in The Hague.

Amsterdam, and The Netherlands as a whole, is known for its wonderful selection of flowers. It should, therefore, come as no surprise that in the last twenty years, when the world has been concerned about the decline in the bee population, Amsterdam has actually discovered that the number of bee species in the city has gone up by 45%.

The famous floating flower market has also been going since 1863, with all the stalls being located on boats, reminiscent of the time when this would have been the main delivery method.

Also, you can find swarms of parakeets in the Vondelpark. More than 4000 parakeets can be seen here. Originally, they were brought over as pets, but they liked Amsterdam so much they decided to stay and create.

When you’re sourcing your Amsterdam vacation rentals, think about how many houten palen are holding it up! It may also explain why your building, along with so many others in the city, appears to be leaning to the side a little bit…

Everybody knows that The Netherlands is a low, flat country whose very existence is under threat from rising sea levels. But did you know that Schiphol Airport in Amsterdam actually lies four meters below sea level?

This is not a natural occurrence either. It was built on a site which was previously made up of peat. The locals dug up the peat to use in the heating of their houses, hence why there’s such a big drop.

Another interesting fact about Schiphol Airport is that it is the only airport in the world that has a museum inside. You can find it directly behind passport control and you don’t even have to pay for a ticket!

If you don’t want to visit this museum, then you have plenty of other options to choose from. Amsterdam has the highest centration of museums per square meter of all cities in the world and has over 7000 monumental buildings.

The houses in Amsterdam may seem of unusual shape to you. They have very small entrances but increase rapidly as you move further back into the house. This is because, in Amsterdam, you only have to pay taxes based on the size of the front part of your house. You can find the smallest façade in the world at Het Singel 7. It is only 1 meter wide and barely wider than the front door.

Trying to decide what to do in Amsterdam? Going to a bar is bound to be on the list somewhere so why not find one to sit in whilst you plan the rest of your itinerary?

It shouldn’t be difficult, at the last count Amsterdam had around 1,500 bars and cafes for you to try out. You could go out every night for nearly four years and never drink in the same place twice!

Amsterdam is a haven for the LGBT community and the first gay bar that opened in the city is still going strong since its debut back in 1927.

Although Amsterdam may be the place for EDM now, before the 20th Century, dancing was forbidden. So, when you visit make sure to dance enough for those that couldn’t.

The famous De Wallen Red Light District isn’t always red. If you see a door with a blue or purple light, then what you find inside is not entirely female.

Think you see a lot of bicycles in your local city? Amsterdam has more than 1 million of them. That may not sound like a huge amount but when you consider that Amsterdam only has around 821,000 living there it’s certainly a weird amount.

Amsterdam has another world record in that it has the only museum in the world that you can cycle through; The Rijksmuseum. Now that is commitment.

The canals are beautiful and provide a wonderful backdrop to all the merriment, but are there any interesting facts about them? Of course, some of the numbers are astounding!

There are 165 canals in Amsterdam making up over 100 km of waterways. Getting across all this water is easy thanks to the 1,281 bridges within the city limits.

If you find yourself looking up at people in Amsterdam, you’re not imagining it. Dutch people are huge. In fact, they are on average the tallest people in the world.

If you’re going to Amsterdam as a young person looking for love then you’re in luck, if you’re seeking a woman. In the 20 to 25-year-old age group, women outnumber men by around 45%!

Under the classic three crosses that represent the sign of Amsterdam is their motto. It reads: ‘Heroic, Determined and Merciful’