4 Financial Hubs to Visit in the Spring

A financial hub is generally a city with a first-class infrastructure, fantastic communications and established commercial systems.

They are in countries with stable political systems and high living standards. They are generally densely populated, popular places to live and attract professionals due to the opportunities for growth that are on offer.

With that said, these destinations are just like any other place in the world. The people that populate them are the same as you’d find anywhere. People who look forward to the end of a long Winter and the beginning of the wonderful and refreshing season of Spring.

Here are a few of the world’s most popular financial hubs and what they are like to visit in the season of new beginnings. 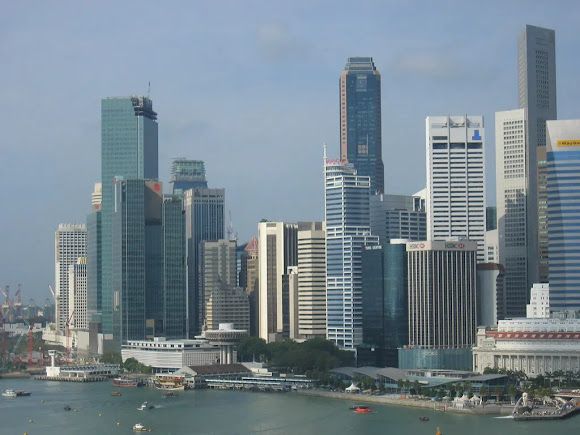 London is the oldest financial hub in the world. It has been at the forefront of trade, industry and business since the Middle Ages and remains one of the favourite places to do business in the world to this day.

It is also a place where Spring is welcomed more heartily than most!

This is because London winters are long, cold, grey and bleak. Characterised by Londoners running from building to building to shelter from the rain, sleet or other undesirable winter weather.

That is until the weekend where everybody seems to enjoy the outdoors whatever the weather!

Spring sees temperatures rise to an average high of 15°C but sometimes temperatures can sometimes rise significantly higher. The plants and trees are blooming and London’s many parks and green spaces are busier too.

From your Canary Wharf apartments in London, you can enjoy all the British Spring has to offer whilst having a place to warm up nearby.

Singapore is a serious place to do business and has an enviable and transparent legal framework backed up by a political stability that is is the envy of many countries in the region.

It has developed into a major financial centre despite disadvantages like having limited land and natural resources.

Spring in Singapore is actually very different month by month. March gives you a break from the usual suffocating heat of the city, which is appreciated by both the human population as well as the plants and animals of the country. It is the rainiest month of Spring but downpours are generally brief.

April is known for its fog as over half the days in the month are foggy ones. There are also plenty of spectacular thunderstorms.

May is similar to April fog-wise but is much warmer and dryer. It is also one of the quieter times to be in Singapore. Something that won’t be noticed by the first time visitor who will still see a very busy city!

New York has in recent years surpassed London in its reputation as the finance capital of the world. Wall Street is more than just a movie and is home to the most watched stock exchange on the planet.

New York has a diverse workforce, a large amount of whom work for some of the world’s biggest banks and financial institutions. You’ll struggle to find a big financial player who doesn’t have a presence here.

Although Spring doesn’t suffer from the same harsh frigidity of Winter it is still pretty much hit and miss weather-wise. A typical New York Spring week will see you go from below freezing temperatures one day to wandering around in a jumper the next.

One thing that can be guaranteed though is that it will be wet. Renting Manhattan studio apartments NYC can ensure you have accommodation close at hand in order to avoid the next downpour.

The world’s third largest economy and Japan’s hub for all of its broadcasting & publishing, telecommunications and famed electronics businesses.

Many of the largest investment banks in the world also have a home here. It is also one of the most expensive cities to live in to be found anywhere.

Like most places around the world, Spring is a very positive time to be in Tokyo. The cherry blossoms are blooming in parks, by rivers, on mountains and even just walking down the street. The temperature is also rising.

Although Spring is the encompassing season, it has a very different feel in March in comparison to May. March is cold and you can still expect to see plenty of snow falling. May is clear, warm and with plenty of sunny days to enjoy.