Singapore is an island nation and sovereign state which can be found in the south of the Malay Peninsula in the south east of the continent of Asia. It is made up of more than sixty islands with Indonesia to be found to the south and west and Malaysia to the north and east. Its population is an eclectic mix of racial and ethnic groups which include Eastern and Western cultures.

It is a popular destination for the business traveller as it is a country with a particularly advanced economy. It is widely considered one of the financial hubs of the world. In terms of trade it can also boast one of the largest and busiest ports in the world too.

Major economies it trades with include USA, Hong Kong, China, Japan, South Korea and Malaysia. It is also a member of the Commonwealth, the Association of South East Asian Nations, the Asia Pacific Economic Cooperation an the World Trade Organisation.

Singapore is close to the equator and has a tropical climate. It is hot and humid for the majority of the year.

Singapore has a large amount of rainfall, especially between the months of November and February. Monsoon season is from December to March.

Recommendations for weather are predictably varied. Lightweight clothing for the summer months and a sun hat, but raincoats and umbrellas are an absolute must year round.

If you are travelling from the European Union, the UK or most other European nations there is no requirement for a visa to visit Singapore. The same can be said for USA and Canada as well as the majority of other countries as long as the stay is for the short term.

There are no mandatory vaccinations required. Most countries have a number of recommendations and Typhoid is usually among them. This vaccination is especially recommended if you are travelling to rural areas.

The UK government also warns of risks from the Zika virus and Dengue fever.

As with most countries in the region, business etiquette is complex but extremely important. Unlike some western cultures, a suit for an important business meeting is a must and at least a shirt and tie is expected for a less formal meeting.

Any meeting must be arranged in advance and impromptu meetings are generally frowned upon. Punctuality is important, be on time!

When meeting for the first time a handshake is normal practice but the western practice of a dominant hard shake is not followed. Handshakes are generally softer and last longer.

Refer to people by their title and surname. Raised voices in meetings are not accepted and difficult negotiations instead include points of quiet reflection. This can make business meetings last longer than you may be used to.

For alternative accommodation there are companies specialising in corporate housing in Singapore. Apartments that are targeted to the business traveller and which may not be available to the general public.

Thesqua.re, for example, has studio apartments for rent in Singapore in some of the most sought after locations. 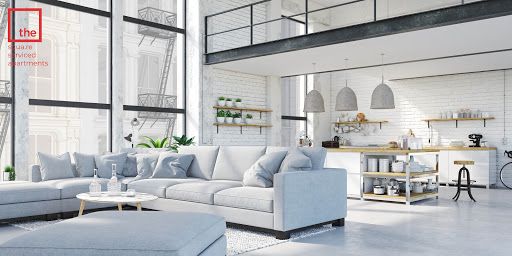