The only way to truly explore a place from top to bottom is to stay there.  Serviced apartments in Montmartre are available for long term lettings from thesqua.re, giving you plenty of time to explore this historic area whilst enjoying the luxury and comfort they provide.

Montmartre is hard to miss.  It is a big hill situated in the 18th arrondissement of Paris, which also gives its name to the district that surrounds it.  Its name comes from Roman times, when it was first occupied and is Latin for ‘Mount of Mars’.

It has historic significance as a centre of art and artists, though its contemporary fame is much more eclectic.

One of the most striking things about modern day Montmartre is the fact that it is home to a vineyard.  Just a small one, but the Rue Saint-Vincent produces 500 litres of wine a year and more importantly keeps the tradition of wine production in the Île de France going strong. Montmartre is a place that is predictably thronging with tourists at all times of the year, both day and night.  The Place du Tertre near the summit of the hill is a great place to grab a coffee or a bite to eat.  The square is usually filled with painters, as a tip of the hat to Montmartre’s famous association with some very well known artists.

The Musée de Montmartre is found near here, a former artists studio, as is L’Espace Salvador Dali, a museum showing sculptures and drawings from the famous Spanish surrealist. 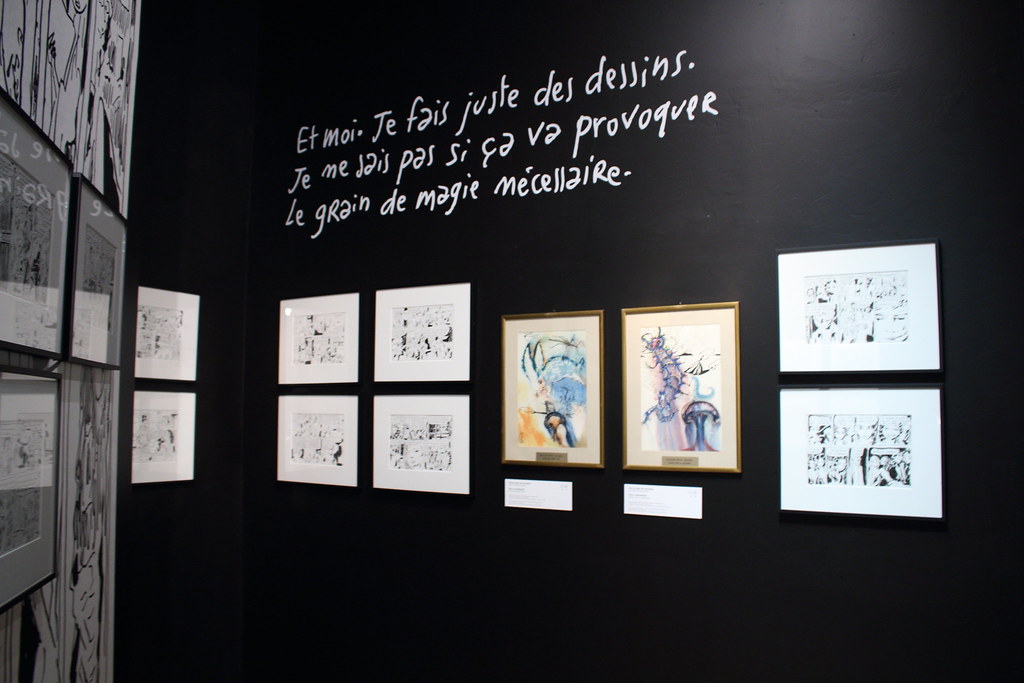 At night the crowds head for places such as Lapin Agile, Montmartre’s most famous cabaret, which has been around in one form or another since approximately 1860.  Its current name stems from the sign outside, a picture of a rabbit jumping out of a saucepan painted in 1875 by the artist Andre Gill.

Locals began calling the place Le Lapin à Gill, as a tribute to the artist, but over the years this morphed into Lapin Agile.

The red light district of Pigalle also has plenty going on in the evenings, as well as lots of interesting things during the day, especially for music fans.  The area is well known for its shops selling all manner of instruments associated with rock music.

There are also plenty of concert halls which have regular rock performances and shows.  The original Moulin Rouge theatre is also located in Pigalle.

Once you’re down at the bottom of the hill, don’t worry if you’ve forgotten to see something at the top!  There’s a funicular railway ascending the hill from the South side and there’s also a bus and a road train (petit train) circling the hill to the top.  You’ll be back up in no time!