You may not have heard of the Holi Festival but the chances are you would have seen images of it and if you have, they will certainly have stayed in your mind. The Holi festival will be celebrated on 18th March 2022.

Holi is an Indian festival and leads to what are probably some of the most colourful events to occur at any celebration.  The explosions of coloured powder associated with these events is hard to forget, and if you’ve ever been present at a Holi Festival event you are also likely to remember is the happiness generated by it. 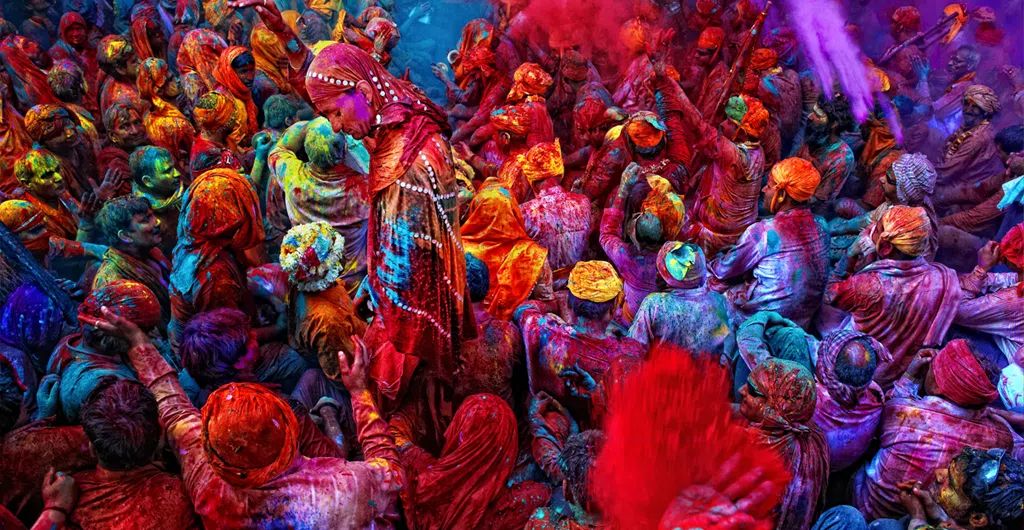 This is a festival that is observed across the whole of India but can mean different things in different places.  In the south of India you might find more solemn and serious events which are more closely associated with religion.  It is in the North where there is more of a festive feel to the celebrations and where you’ll find the jubilation and the explosive puffs of coloured paint. 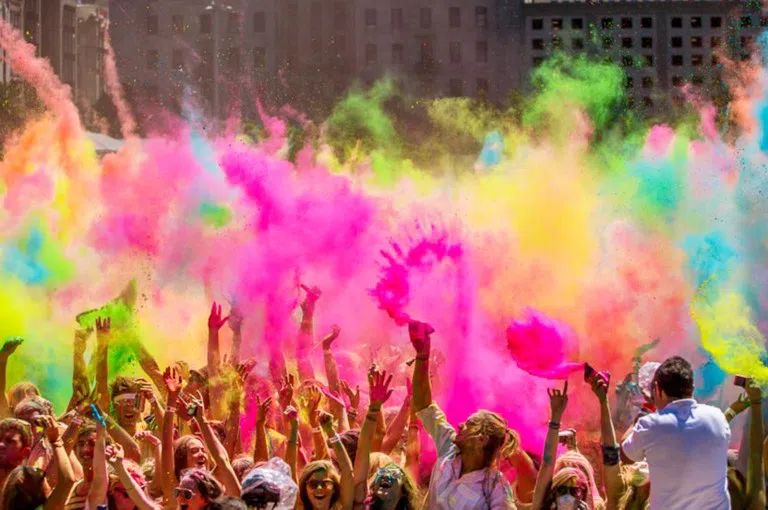 This includes all parts of the Golden Triangle, which is the tourist circuit that connects Agra, Jaipur and of course, Delhi.

If you find yourself in Delhi during the celebrations then be prepared for a long tiring day of fun that you will never forget.

The celebrations start first thing in the morning as the entire city prepares for a huge carnival.  Everybody goes out onto the streets, old and young, women and men, to dance, sing and eat.  You will hear plenty of chanting, including the traditional call of “Holi hai”, which means “It is Holi!”

You’ll also find everybody smearing paint and water over each other, until everybody is as colourful as the mood which has engulfed the city.  If you really want to experience Holi as the locals see it then it’s worth heading over to South Delhi, the residential area of the city, where locals can introduce you to the traditions associated with the day. 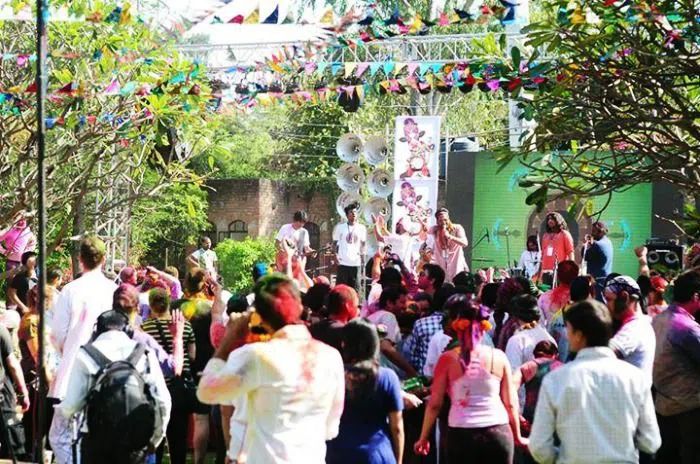 Aside from the traditional aspect there is also the more modern one.  This takes physical form as the Holi Cow Festival, which is a carnival popular with the younger generation of Delhi.  This is where you’ll find the dancing amongst the paint explosions which have made this festival known throughout the world.

Aside from that you’ll also find live rock and folk music and plenty of street food on sale to keep you energised throughout the celebrations.

If you miss the main event then don’t worry, you’ll find plenty of other live acts, dancing and explosive colours at other parties held throughout the city. You should find a comfortable serviced apartments in Delhi at the most suitable locality to have a comfortable vacation.