New Year celebrations in the West

New Year celebrations are something which transcend countries, cultures, religions and borders. Most of the developed world follows the Gregorian calendar which means that the 31 December means party time!

It’s true that some cultures in some countries don’t traditionally observe this time as their New Year, such as Israel, India and China, but even in these places it isn’t hard to find some sort of celebration!

Fireworks light up the sky across the world, starting at the world’s furthest forward land zone which contains places such as Christmas Island (Kiritimati), Samoa and Tonga. It ends in the middle of the Pacific Ocean, on the uninhabited Baker Island, though it’s probably safe to assume there are no fireworks here!

Here are some of the ways that New Year’s Eve is celebrated in the West. 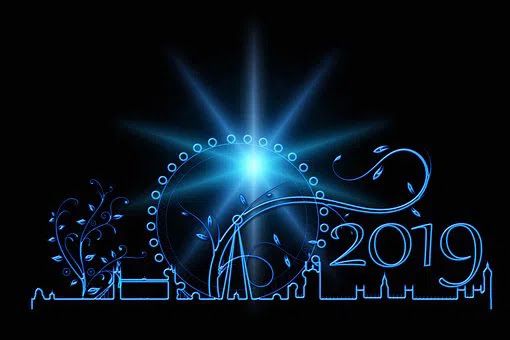 One of the most iconic images of the western world’s celebration of New Year’s Eve has to be the ball drop in Times Square, New York. One Times Square is the official location where a large sparkly ball drops down a 21 metre high pole. The drop starts at 11:59 and reaches the bottom at exactly midnight.

This has been going on since 1907 but still sees crowds of over a million people attend the event. Since 2009 the crystal ball has been a permanent year round feature on top of the building.

Leaving New York City after the celebrations can be a little crowded, so why leave? Thesqua.re has furnished apartments in NYC, meaning you can be home as early or as late as you like.

Rather than have a sight synonymous with New Year’s Eve, London has a sound. The chimes of the Big Ben bell from the Elizabeth Tower in the Houses of Parliament is a sound that is known throughout the world. It is considered the most accurate four-faced chiming clock in the world so what better way to time your New Year celebrations?

The clock tower is one of the most popular places to visit in London but unfortunately, due to maintenance, the bells stopped tolling in 2017 and aren’t expected to start again until the 2020s. Luckily, there are two exceptions, Remembrance Sunday and New Year’s Eve!

Like most major destinations, Paris will come alive on New Year’s Eve with parties across the city. It’s one of the most colourful of New Year’s celebrations you are likely to see, whether you do it in a club, with a romantic dinner for two or out on the town with friends.

Unusually, there aren’t usually any official fireworks displays but you can certainly enjoy lots of unofficial ones. The upside is that although the Bonne Année celebrations start on 1 January like everywhere else, the official line is that they should go on until 1 February!

Sounds tiring, best get your serviced apartment in Paris booked as early as possible, you’re going to need it!

The German capital is home to one of the biggest New Year’s Eve celebrations to be found across Europe. The Brandenburg Gate is the centre of the festivities which are traditionally attended by over a million people.

The huge party includes live performances from laser shows, bands and DJs and culminates in a huge fireworks display on the stroke of midnight. By that time you’ll be ready to celebrate as the event begins at 14:00! Best of all it is totally free, but arrive as early as you can as numbers are limited due to safety reasons.

One of the first traditionally Western civilisations to see in the New Year (although it is situated nowhere near the West!) The celebrations in Australia’s major city of Sydney are well known as they are the first to be televised every year. Traditionally enjoyed on 31 December as the rest of the world are building up to their own celebrations.

The Sydney Harbour Bridge and Opera House provide a familiar backdrop to an always spectacular firework display and pyrotechnic show. The bridge itself is always used as the focal point.

Music is blended seamlessly into the show in a format that has been replicated across the world, not least in the newly famous Thames firework display in London.

Although Scotland is not necessarily considered a major Western country, its New Year’s Celebrations are legendary.

Known locally as Hogmanay, of course, there are a number of traditions associated with the day. These include First-Footing where families and friends go to each other’s houses and present each other with whisky or lumps of coal.

Princes Street in Edinburgh is the most famous Scottish celebration. A cannon firing from Edinburgh Castle marks midnight and is followed by a huge firework display and partying into the night and beyond. It’s no surprise that the Scottish have a second bank holiday on the 2 January whilst the rest of the UK goes back to work!