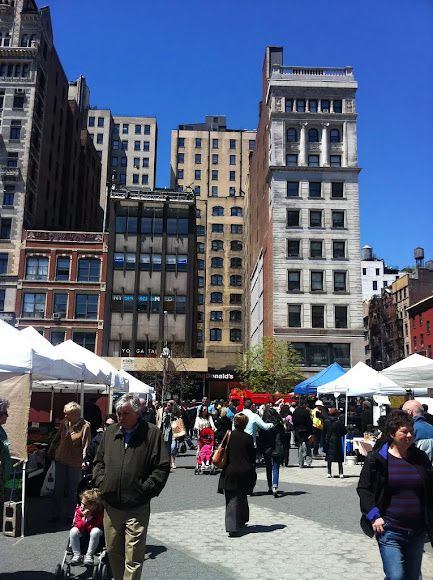 If you’re asked to conjure up an image of New York in winter, it’s not difficult, even if you’ve never visited the city. Like London, whose winter image was made famous in the writings of Charles Dickens, New York’s winter look has been ingrained in our minds thanks to a huge number of Hollywood movies. Especially Christmas ones!

If you are visiting New York in the winter, from mid-December onwards, then make sure you prepare for the white stuff. The city averages between 60-65cm of snow every winter and you’ll find that January is the coldest month, with temperatures rarely rising much above 2°C.

Pack plenty of warm clothes as well as hats, scarves and gloves. You’ll want to bundle up as not only is it cold and snowy, but some streets, such as Broadway, act like wind tunnels, sweeping you off your feet as well as dropping the temperature by another few degrees.

The next thing to do is choose your holiday apartments in New York carefully. Choose ones that are close to the places you want to see or at least within walking distance of public transportation, the less you have to walk in the open the better.

Things to do in New York in the Winter

Some things are best done in the cold season, here are a few.

If you decide to go ice skating there really is only one place to do it, the Rockefeller Center. Sure, there’s plenty of other places to choose from but no other location seems as quintessentially New York in winter as skating around in front of the huge Christmas tree. There’s certainly no better backdrop for a holiday pic.

If ice skating is not for you don’t worry. You can enjoy a cup of hot chocolate in the much more snug Rock Center Cafe, which has great views of the rink.

New York is stifling hot in summer and freezing cold in winter, so it’s easy to work out which season is best to visit a museum! New York has plenty to choose from.

If you’re looking for a more traditional museum experience then the American Museum of Natural History or the Metropolitan Museum of Art should tick every box. For something more contemporary and emotional you might want to see the 9/11 Tribute Center.

For other interests, you could try out the architectural masterpiece that is the Guggenheim Museum. Or for something completely lighthearted why not take a look at Ripley’s Believe it or Not!

Although it’s no longer the tallest building in the city, there’s something magical about New York’s most iconic skyscraper. A trip to the top in winter when the skies are clear and crisp will still give you breathtaking views of the hustle and bustle from a much quieter vantage point.

One thing you can ONLY do in winter here is the annual Empire State Building Run-Up. If you can’t work it out from the title it’s exactly as it sounds. A quarter of a mile sprint, up. Eighty-six floors up to be exact. The quickest runners do it in about 10 minutes, how will you fare?

Another winter event in New York that is fairly self-explanatory. This festival has become a staple of January. Your entry comes with a souvenir beer or bourbon glass which will allow you to sample your way through the day.

Food-wise you might be able to get away with eating for free as there are so many samples on offer. If you like what you try then bigger portions are obviously available too.

Don’t eat too much though, you’ll want to be ready for the famous bacon eating contest later.

In the UK they have the curious holiday tradition of going to a pantomime, in New York City families tend to go to the slightly more upmarket Radio City Christmas Spectacular, if you’re a visitor, you’re going to want to put it on your to-do list too.

There’s animals, dancers, presents and of course the Rockettes. Don’t know who or what the Rockettes are? Now’s your chance to find out.

If you’re looking for somewhere to stay in the city check out the New York studio apartments available from thesqua.re. Available in a number of iconic locations around the city these are a great place to warm up at the end of a cold day.