When anyone says the word ‘Paris’, what is the first thing you think of? If I were to say to you, “OK, think about Paris monuments without thinking of the obvious one,” could you do it?

No matter how hard you try, imagining Paris without the Eiffel Tower is a very tough task. Travelling to Paris and finding accommodation near Eiffel Tower seems like a perfect idea for a vacation but is there more?

Needless to say, there are plenty of other things to see and places to visit in the French capital. In fact, did you know that the Eiffel Tower is only the third most visited site in Paris?!

The first most visited attraction in Paris has almost twice as many visitors as the second, and it will probably pain most traditional thinking Parisians. It’s Disneyland Paris, attracting over 16 million visitors every year and continuing to be a favorite despite being open since 1992. 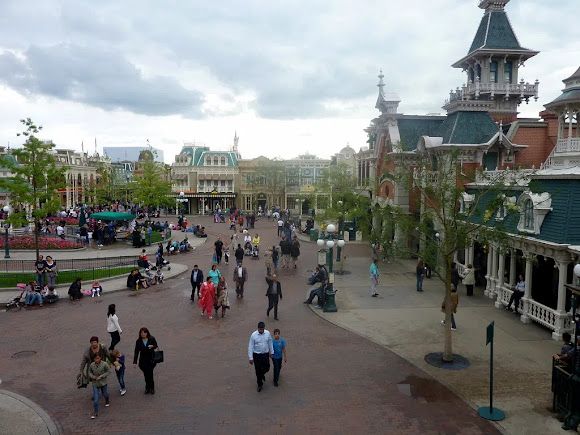 This may be stretching Paris slightly as, despite the name, it is actually an hour’s train ride away from the city proper.

The second most visited site in Paris (the first in Paris city centre) is, of course, the Louvre. We all know that really, it’s just that the modern glass pyramid associated with the museum, iconic though it may be, just doesn’t quite live up to the dominant iron tower we all love.

The Louvre is the biggest and best of all Paris museums but be warned, when you visit it will seem that the 9.5 million visitors that the museum attracts every year are all there at the same time. To say it’s a bit busy would be an understatement!

After the Eiffel Tower itself the other major attractions that everybody has to see in and around Paris are: the Palace of Versailles, the Pompidou Centre, the Musée d’Orsay, the Science & Industry Museum, the National Museum of Natural History, the Grand Palais, the Arc de Triomphe, the Quai Branly Museum and the Army Museum.

These are the places that everybody who comes to Paris wants to go and see. This is why when you visit you’ll find them so incredibly crowded.

There are plenty of other places to visit in Paris that are not quite so crowded, don’t demand exorbitant entry fees and will make your visit that little bit more special and unique. Here are a few of them.

A village within the city, Montmartre may be busy but as you’re not stuck in just one place, seeing one thing it’s a little bit more bearable.

Renting Montmartre apartments Paris is the best way to see the area but it is also easily accessible by public transport. Four Metro stations serve the area as well as Le Montmartrobus, an electric bus that takes you there.

The trick to navigating Montmartre is not to bother. Let the cobbled streets take you and lose yourself amongst the history. If you do get lost, just remember that the famous Basilica of Sacre-Coeur is at the top of the hill and can be found from anywhere!

Seasoned travellers will always check out the local flea markets in a city in order to absorb some authenticity. In Paris, those kind of people are in luck. The largest flea market in the world can be found at Port St Ouen on the outskirts of the city.

There’s plenty to peruse including antiques, vintage clothing and all kinds of other bits and pieces. Vintage postcards are on sale for as little as one Euro, if you don’t want to spend too much.

Want to get pictures of the city from a high up vantage point? There are more ways to do that than spending hours queuing up to get up the Eiffel Tower. Especially if you want to capture a Paris cityscape with the Eiffel Tower actually in it!

One of the best ways is to climb up the Pantheon. It’s situated in the fifth arrondissement and gives you unforgettable views of the city, including the Eiffel Tower and Notre Dame.

Go to the Beach

Paris isn’t near to the coast so how can you stay in the city and still visit the beach? Easy, as long as it’s summertime.

Every summer there is a new tradition called the ‘Paris Plages’ which basically sees a huge amount of sand dumped in the city, turning some areas into beaches.

Couple that with the outdoor activities and music festivals which take place at this time and you’ve got yourself a proper beach summer party!