Things to do at Singapore Hungry Ghost Festival

The Hungry Ghost Festival takes place in multiple Asian nations and is usually associated with Buddhist and Taoist beliefs. As per the Chinese calendar, it takes place traditionally on the 15th night of the 7th month which is sometimes called Chinese Ghost Month.

Throughout this month, it is usually believed that spirits of deceased relatives and friends return from Heaven and Hell while visiting their descendants who are living. The latter pay their respects in a bid to absolve any suffering that might be plaguing the deceased owing to their actions in their lifetime.

Activities held include burning incense and joss paper and also offering food. The deceased are perceived as still living in this period and special meals are cooked with places set at the table for them in their respective households. The food is usually vegetarian at the Hungry Ghost Festival.

Several items are often recreated through paper-mache and then burnt as an offering for the spirits. Paper boats are released along with floating lanterns to enable spirits to use them as guides. 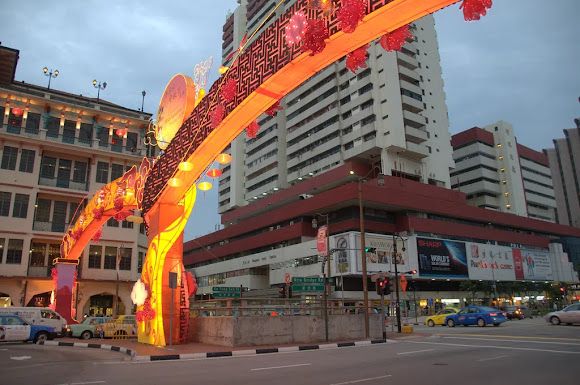 The festival is one of the key landmarks on Singapore’s calendar and is accompanied by several events and performances. Picture Halloween in the U.S. and you can experience something similar here in Singapore.

The island follows a tradition where spirits are appeased with offerings during the rituals. The ritualistic offerings are more under control in keeping with Singapore’s status as one of the tidiest global cities. There are big metal bins distributed across the streets in the period leading to the festival. They are designed especially for burning paper-based offerings without creating any mess.

You will find food left in several places in Singapore. Some dishes may even be left hanging on trees or at the foot of trees for instance. The concerts make it more enjoyable for visitors. The concept behind this is that the spirits will like settling down for a good performance after having their fill of delicious offerings.

Several big tents come up along residential localities like Any Mo Kio and Yishun along with tourist spots. Enjoy vibrant dinners and entertainment options galore. The traditional form encompasses an extensive Chinese opera with legends of gods, goddesses and battles going beyond this realm.

The entertainment part of the celebrations is also called Getai. Other attractions include singers, dancers, stand-up comedy shows. Just remember not to take anybody’s seat.