Harvard Square is a well-known triangular shaped plaza right at the intersection of Massachusetts Avenue, John F. Kennedy Street and Brattle Street. It lies near the Cambridge center and the term itself demarcates the business district along with the Harvard University nearby. The Square, as it is called colloquially, is a commercial hub for students of the University along with local residents alike. It has its own subway line and station along with charming neighborhoods surrounding it. The Cambridge Common has also turned into a quaint park with a playground, monuments and baseball field alike.

The best furnished apartments Harvard Square include the following:

Our serviced apartments Harvard Square come equipped with everything that you require for a memorable stay. From well-equipped kitchens and appliances to free Wi-Fi, you can expect a fulfilling time in Harvard Square.

Our serviced apartments Harvard Square are ideal for business travelers and corporates. High-flying corporates usually require a place to unwind and relax after hectic work days and meetings. Our apartments offer all the space, comfort and privacy you desire along with the best furnishings and fixtures. They come with free Wi-Fi and all other necessary features. Have friends over, stay connected and enjoy great connectivity to major commercial centers and hubs nearby.

Holidayers and families will enjoy staying in our furnished apartments Harvard Square. Our apartments come with all the amenities and appliances that you desire along with well-equipped kitchens. Get total privacy and flexibility along with plush furnishings and comfortable beds. Enjoy excellent connectivity to major tourist landmarks and entertainment areas nearby. Our apartments are suitable for families looking for a comfortable experience together.

Where to Stay in Harvard Square

Mass Avenue and Harvard Street are great places to live in the locality. The best places to stay are the zones nestled between Broadway and Massachusetts Avenue. There are several housing units in this zone which are owned by the Harvard University although multiple independent buildings are located here too.

You can also check out Mass Avenue for slightly cheaper accommodation. Areas between the Cellar and Grafton Street are ideal for living in proximity to Harvard Square. Oxford Street has several dormitories and graduate schools which make for a pleasant living ambiance. It is also near Harvard Law School. There are numerous grocery stores and cafes in the neighborhood as well. 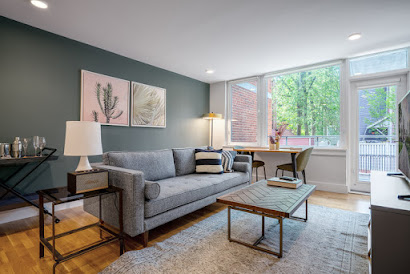 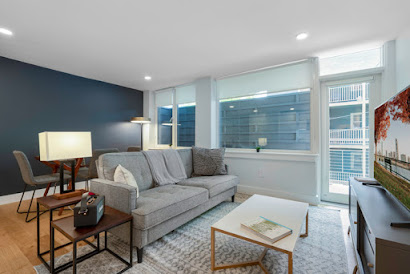 Explore
South Boston
Fenway
Beacon Hill
You may also be interested in
More about Harvard-square, Boston

Harvard Square has a rich legacy and cultural influence of its own. Here are some interesting facts about Harvard Square that you should know more about:

Cost of Living in Harvard Square

Median prices of single-family homes stand at roughly $1.59 million in Harvard Square while this is roughly $747,000 for condominium units. Average rentals hover at around $1,396 in the neighborhood.

You can expect to pay roughly $170 every month for utilities along with close to $350 in food bills. Restaurant meals may cost anywhere between $15-$40 per individual.

Here are some tips that will benefit visitors to Harvard Square:

Things to Do in Harvard Square

Harvard Square offers a mélange of attractive and fun things to do as far as visitors are concerned.

1. What are the most popular things to do in Harvard Square?

Some of the most popular activities in Harvard Square include visits to the Brattle Theater, Harvard Book Store and Alden & Harlow which is another major landmark. You should also check out the Shays Pub & Wine Bar along with the acclaimed Club Passim and Charlie’s Kitchen alike. The Harvard Film Archive is also worth exploring.

2. What are some free things to do near Harvard Square?

3. What are the most family-friendly things to do near Harvard Square?

Family-friendly activities near Harvard Square include visiting the renowned Curious George Store with your children. You can also visit Club Passim for the family events and shows on offer. The new café is also worth checking out. Go on a trip to the Longfellow House and its grounds where there are free tours offered. The gardens are lovely and make for a pleasant sight by all means.

Places to Visit in Harvard Square

Here are the best places to visit in Harvard Square:

Places to Eat In Harvard Square

Harvard Square is packed with several delightful places to eat. From the best contemporary cuisine to eclectic delights, you will find a lot of options on the menu, quite literally! Some of the top choices include the following:

Harvard Square has an abundance of street food options worth considering. The street food culture of the area is vibrant and packed with delicious flavors. Some of the top picks include the following:

Harvard Square is paradise for shoppers with several leading brands rubbing shoulders with independent stores and vast collections from local names. Here are some of the top choices for shopping here:

The best time to visit Harvard Square is during the fall. Summer is the peak season for tourists although fall is more comfortable. September sees the weather getting better and drier. October has lovely foliage while spring may see fluctuating weather. You should consider visiting sometime in the fall if you wish to enjoy outdoor events and tourist landmarks in Harvard Square.