Brisbane is situated at the center of the South East Queensland metropolitan region and the CBD (Central Business District) lies within the peninsula of the Brisbane River, roughly 15 kilometers away from the Moreton Bay mouth. The metropolitan area covers several surrounding zones in various directions, sprawling throughout multiple LGAs or local government areas.

Benefits of Furnished Apartments in Brisbane

Furnished apartments in Brisbane come with numerous benefits for guests. They are ideal alternatives towards conventional rental units, fusing convenience and practicality with contemporary amenities. They are steadily becoming the best options for travelers to Brisbane.

The popularity of serviced apartments can be explained through the fact that they take care of all the major aspects including deposits, maintenance costs, agency fees, bills and furnishings along with other accessories. These units are also located in close proximity to bus stops, metro and underground stations and also main thoroughfares. This makes it easier to access tourist landmarks, business hubs and other major destinations. Some apartments even offer gymnasiums and swimming pools among other added amenities, wherever available.

Being serviced accommodation experts, we make sure that our guests enjoy a homely, warm and comfortable ambiance above all else. We offer round the clock customer assistance and support for resolving all queries swiftly while also providing units with luxurious and plush interiors for a welcoming stay in the city.

Demand has steadily gone up for good corporate housing in Brisbane. The city is known for its financial and business growth in recent times and draws a sizable number of corporate travelers throughout the year. Naturally, with so many people landing in Brisbane for business, they will require suitable accommodation.

These units are luxuriously furnished with ample space and privacy while offering the best amenities such as high-speed Wi-Fi, flat-screen televisions and fully equipped kitchens. They are also located in close proximity to major business and corporate hubs along with public transportation facilities too.

You will greatly appreciate our short term rentals in Brisbane for stays ranging from a few days to a week or even more. These units offer the utmost comfort and convenience to travelers along with top-notch amenities such as flat-screen televisions and high-speed Wi-Fi. They are also conveniently located for ensuring smooth access to major landmarks and business hubs.

There are several strategically located holiday apartments in Brisbane that you can check out at TheSqua.re. These ensure excellent connectivity to public transportation facilities, tourist landmarks and other entertainment and recreational hubs. They also ensure greater privacy and the best amenities for leisure travellers and families alike.

Where to Stay in Brisbane 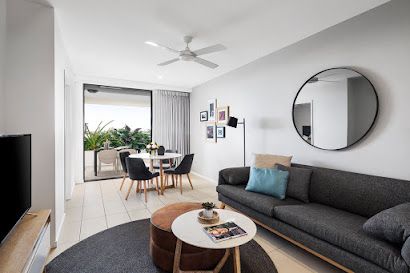 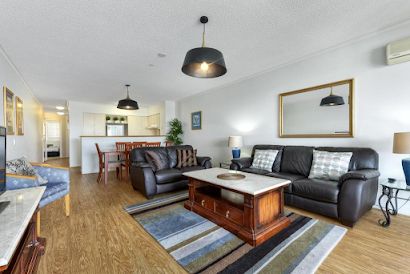 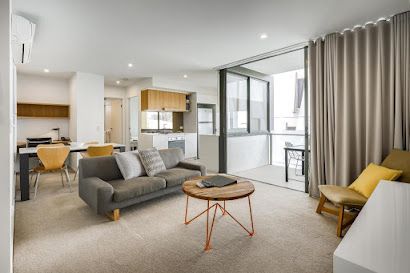 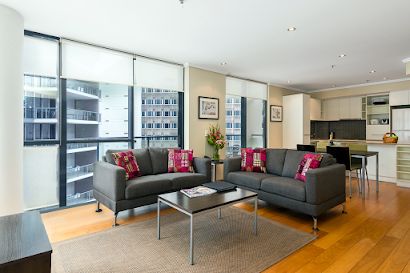 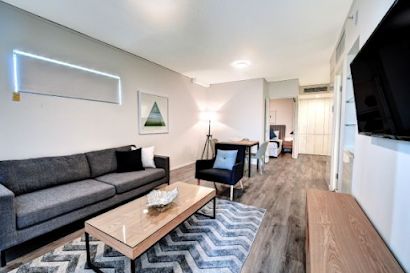 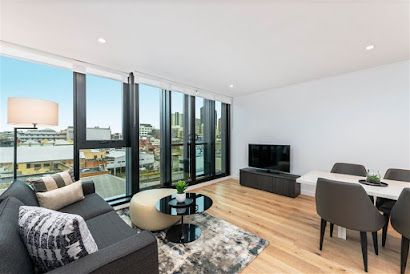 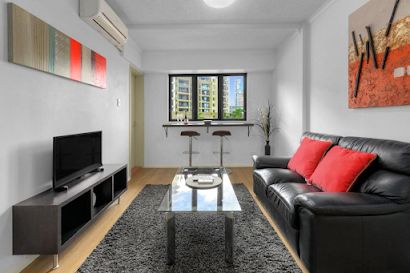 Things to know before booking serviced apartments in Brisbane

Brisbane Airport is the major airport for the city and lies north-east on Moreton Bay. It reportedly catered to a whopping 23 million passengers as of 2017. Archerfield Airport is situated in the southern suburbs of Brisbane while Redcliffe Airport lies on the Redcliffe Peninsula. The Caboolture Airfield is located far northwards from the metropolitan zone. Other nearby airports include the Gold Coast Airport, Toowoomba Wellcamp Airport and Sunshine Coast Airport.

Cost of Living in Brisbane

Here are some useful tips for visiting Brisbane:

Things to Do in Brisbane

Brisbane has no dearth of things to do for travelers. Here’s taking a look at some of them.

Q1. What are the most popular things to do in Brisbane?

Q2. What are some free things to do in Brisbane?

Free things to do in Brisbane include exploring Streets Beach, catching a City Hopper along the lovely river, exploring the QAGOMA and farmers’ markets while also enjoying New Farm Park and Riverwalk.

Q3. Does Brisbane have many romantic attractions?

Romantic attractions and activities in Brisbane include climbing the Story Bridge for admiring gorgeous views, taking a day trip to Tangalooma, checking out Eagle Street and going abseiling at Kangaroo Point off the cliffs for those who are adventurous!

Q4. What are the most family-friendly things to do in Brisbane?

Family-friendly activities include exploring local parks, Little Days Out, connecting with wildlife, taking a refreshing dip at the South Bank and going bowling with delicious burgers for company!

Q5. What are the more unusual things to do in Brisbane?

Unusual things to do in Brisbane include going on a night kayaking session at the wrecks, walking to King Island, witnessing underground performance arts, dancing in the art, tasting quirky ice cream flavors and diving with manta rays.

Places to Visit in Brisbane

Brisbane has several gorgeous places that you should not miss on your trip. Some of them include:

Places to Eat in Brisbane

Retail is a buzzing affair in the Queen Street Mall, the biggest pedestrian mall in the State. You can also check out the Wintergarden, Myer Center, Queens Plaza and MacArthur Central. Edward Street, Tattersalls Arcade and Brisbane Arcade are other fabulous shopping destinations along with Fortitude Valley, South Brisbane and West End. Other popular options include Westfield Garden City, Westfield Chermside, Indooroopilly Shopping Center, Westfield North Lakes and Westfield Carindale.

Brisbane has a vast network of public transportation and ferry, rail and bus services are operated by TransLink. This has its own integrated electronic payment and ticketing setup called Go Card for South East Queensland. There are private and public bus services available with the CBD being the key transportation hub here. The Queensland Rail City network has 152 stations across 13 suburban railway lines. This covers all of Brisbane and surrounding zones like the Sunshine Coast and Gold Coast. The Airtrain service is jointly run by the Brisbane Airport and the City of Brisbane.

Ferry services are readily available via City Hopper, Brisbane River and CityCat. Brisbane Airport is the main airport and the third busiest in the country. It lies on Moreton Bay while nearby Archerfield Airport lies in the southern suburbs. Redcliffe Airport lies nearby and so does the Caboolture Airfield. Other accessible airports include the Gold Coast and Sunshine Coast Airports in addition to the Toowoomba Wellcamp Airport as well.

Brisbane has warm summers with cooler temperatures between March and May. Winter is between June and August while the period between September and November classifies as spring. December to February brings with it warmer climates. The best time to visit is between March and May and also between September and November for good weather and varied outdoor activities for tourists.