Adjacent to Regent’s Park and Camden Town, Primrose Hill and its eponymous park sit idealistically in North London, with its village-like area of grand Victorian terraces and Regency townhouses dotting its streets. It has become an area of taste and indulgence for travellers of business and leisure that want to be close to green areas, but also not too far from the trendy Camden Town and its markets. If anything, it allows its residents to be near hubs of activity during the day, and rest in quieter surroundings in the evenings. No wonder serviced accommodation is so sought after in this area.

Some of the best serviced apartments near Primrose Hill include:

Each one of our Primrose Hill serviced apartments come equipped with all the facilities and amenities that travellers require to have an absolutely perfect stay. Enjoy a fully equipped kitchen where home cooking is as simple as it always is, free Wi-Fi to connect to the web, a cosy bedroom to rest, and so much more. 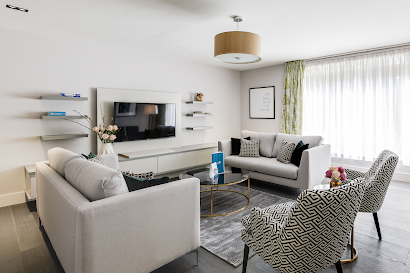 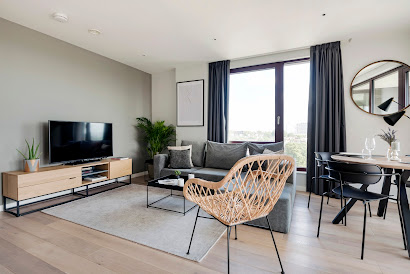 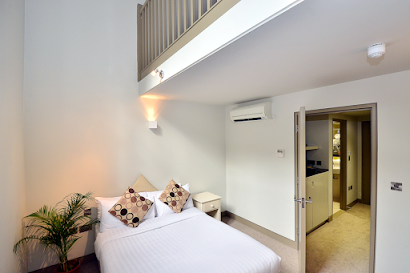 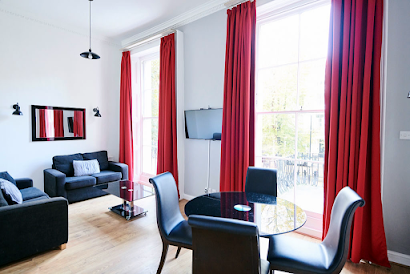 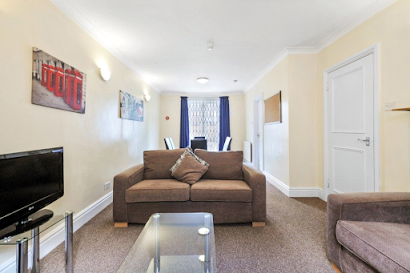 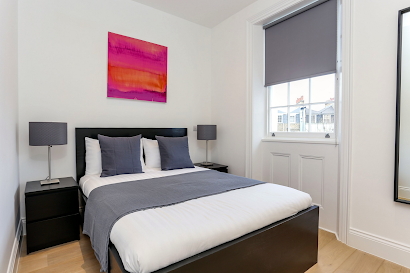 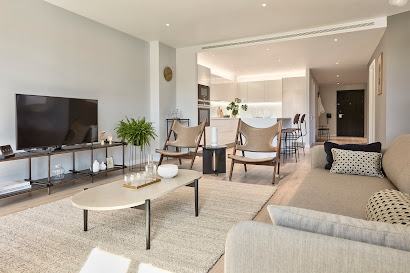 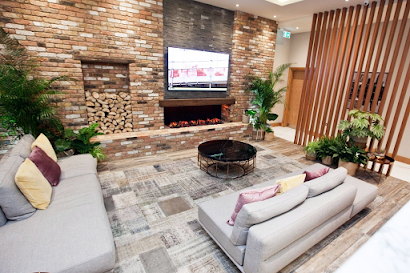 Explore
Angel
Fitzrovia
Camden
Canary Wharf
You may also be interested in
More about Primrose-hill, London

With London being an epicentre of business, it’s no surprise that so many come to the city for networking events or to catch with prominent clients in the financial district. But when office hours are over, the business world’s biggest stars and hotshots need somewhere to put their feet up. And with Primrose Hill’s being ideally situated and giving off an aurora of peace and quiet in the hustle and bustle, and Camden Town providing the perfect spot for work drinks and foodie delights, the area is certainly built for business travellers that want corporate accommodation that brings the best of both worlds together.

For leisure travellers that are looking for an extended holiday in the heart of the city and want an area where they can not only chill in the evening but have simple access to the London Underground, as well as the Camden Market and other local amenities, Primrose Hill is another top choice. With each serviced apartment fully fitted with facilities that will make any holiday one to remember, whether it’s single travellers looking for a quick escape, a couple wanting a romantic getaway or a family looking for the ideal spot to set up camp.

Where to Stay in Primrose Hill

While the area of Primrose Hill is not massive, it nevertheless has its spots that are ideal for all travellers. Staying across from the eponymous park is an obvious choice. If a traveller is lucky, they may well get to see the park from their own windows - and wouldn’t that be a great view for a coffee every morning!  There’s also the likes of Prince Albert Road that’s close to the main park of the area, but is also opposite Regent’s Park too. Then there’s Primrose Hill Road and Regent’s Park Road that are near other local amenities.

The area, and the park, go back quite a long way. As with any area of London, Primrose Hill has its fascinating and quirky features that make it stand out as a popular area, and one that will intrigue many. A few facts of the area can be found below:

Cost of Living in Primrose Hill

Travelling abroad and going to new destinations can often be a daunting experience. However, it never hurts to have a few tips to know how to get around the area or other vital pieces of information that will come in handy at various junctures in the trip:

Things to Do in Primrose Hill

When guests need to leave their Primrose Hil serviced apartment for some fresh air, or to take a look of the surrounding area, it’s good to know that the neighbourhood has its own selection of things to do and amenities to keep people of all ages entertained. Whether it’s families, single travellers or couples on a special getaway, Primrose Hill has plenty to offer.

Q. What are the most popular things to do in Primrose Hill?

Below are a few of the essential things to do in Primrose Hill:

Q. What are some free things to do near Primrose Hill?

When budgets are tight, the following activities can help:

Q. What are the most family-friendly things to do near Primrose Hill?

If kids are a part of the trip, these options will keep them occupied throughout the long days:

Places to Visit in Primrose Hill

There are many attractions in London, some of which are well known throughout the world. But every neighbourhood has its own amenities that go alongside its character, or are simply part of the neighbourhood right next door. With Primrose Hill, its pivotal attractions are in the areas next to it or can be reached by a few stops on public transport. Some of the key places to visit near Primrose Hill are:

Places to Eat in Primrose Hill

When it comes to dining out in London, there are many (some would say, far too many) restaurants to choose from for gastro lunches and divine evening meals. And each London area or neighbourhood has its own selection of restaurants and pubs that deliver a range of cuisine. Being a global city, it’s hardly surprising that London doesn’t just do fish and chips. Primrose Hill is no exception and has its own eateries to keep corporate and leisure guests entertained when they don’t want to eat in their serviced apartment. Here is a quick selection of places to eat:

Given that London is renown for street food, and with Camden Market not too far away from Primrose Hill, it’s of no surprise that there are going to be succulent foods nearby to purchase and eat while walking around the area. Most of the street eateries will be found in Camden Market and are more than worth the short walk. As always, the grub is messy yet divine.

London’s the shopping capital of Europe and even a village-like neighbourhood of Primrose Hill has its own shopping attractions, smaller but no less as exciting as ones in central London, to entertain business and leisure travellers looking to pick a special something up, or just simply want to kill some time one when the freedom is available. Either way, there are some wholesome independent shops to peruse for a few shiny or inexpensive things.

Some of the best places to shop in Primrose Hill include:

Being close to Camden Town, Primrose Hill has ample access to the London Underground, Overground and other modes of transport like the red buses. Stations for the tube can be reached with a short walk, as can bus stops in the area. It’s always best to prepare for the crowds.

Some of the closest London Underground stations to Primrose Hill are:

For those that want to know, bus and tube services are covered by Travelcards which cost around £18.20 per day, as well as the Oyster contactless payment system, which charges £2.90 per journey. As always, it’s an efficient way of travelling across big distances. Smaller distances should be walked to save space on public transport and decrease the carbon footprint.

As always, London weather can vary from season to season and can go from bright and searing sunshine to freezing cold winds and even snow. Arguably, one of the most popular times to pay a visit to London is in the summer months of July and August, to catch a bit of the sun. However, the winter months are also notable as London thanks to its plethora of homely pubs and festive attractions. July is usually the driest month of the year, but like the rest of the UK, London is notorious for its random showers and absurd rainfall.