Brickell is a well-known locality in Greater Downtown Miami, Florida. It is situated southwards from the famous CBD in a thriving financial district. Brickell witnessed an influx of 19th century settlers. It eventually turned into a Millionaire’s Row in Miami by the early 20th century. Luxurious mansions sprang up along Brickell Avenue courtesy of Mary Brickell. The area and avenue are named after her and William Brickell, her husband. Brickell is today one of the biggest financial districts in the U.S.

The best furnished apartments in Brickell include:

All our serviced apartments Brickell are well-equipped with all the amenities that you require for a fulfilling stay. They offer everything from well-equipped kitchens to free Wi-Fi and comfortable bedrooms.

Reach out to the reservations team at TheSqua.re for booking your serviced apartments Brickell. Browse through more accommodation choices here.

Corporate travelers will appreciate our serviced apartments Brickell for the amenities and comfort. Enjoy greater privacy and convenience during your stay. Relax in style with the best appliances, connectivity features and more. After a hard day of work and conferences, saunter into your own oasis of peace. Our apartments are fully furnished and ensure great connectivity to major business zones as well. They ensure a fulfilling stay for residents in Brickell.

Furnished apartments Brickell are ideal for families and leisure travelers alike. They offer everything you will need for a memorable stay. From ample space to privacy and flexibility, enjoy your own home away from home in Brickell. We offer fully-equipped kitchens along with free Wi-Fi and all other facilities for your benefit. Our apartments are also well connected to major tourist and historical landmarks. Find public transit nearby along with the best restaurants and shopping zones.

Where to Stay in Brickell

Brickell is a swanky neighborhood with several premium luxury developments and towers. The Brickell Avenue is a good place to stay near, particularly for its shops, entertainment zones and restaurants. Brickell Key is an opulent residential and hotel community nearby.

West Brickell is a good place to stay for families and first-timers alike. It is majorly a residential locality with mid-low rise apartment structures. South Brickell is another charming residential neighborhood with several swanky towers. The financial district is the core of the locality and staying near the same has obvious benefits for business travelers. 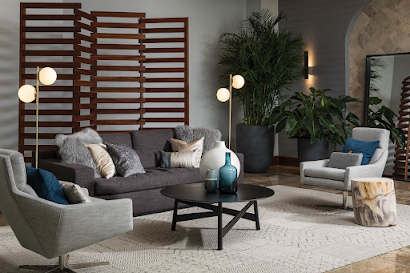 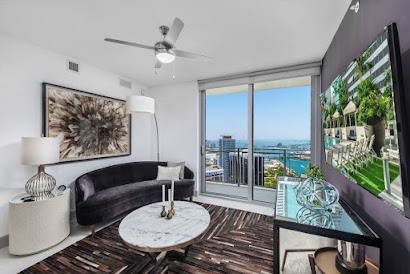 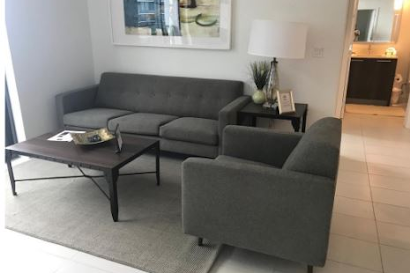 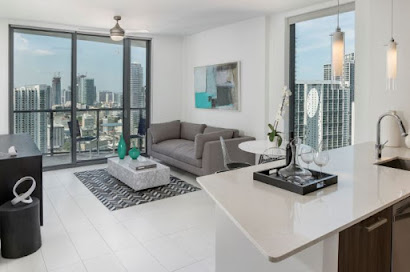 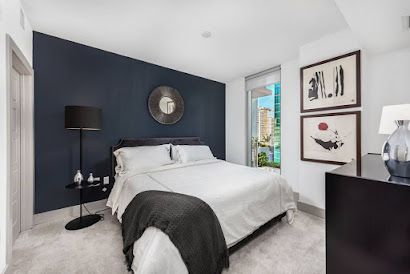 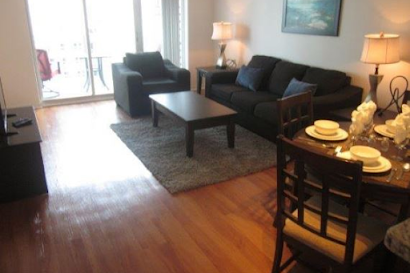 Things to know before booking serviced apartments in Miami

You may also be interested in
More about Brickell, Miami

Brickell has a long and chequered history of its own. Here are some interesting facts about Brickell:

Cost of Living in Brickell

Living in Brickell is a mixed bag in terms of costs. An average rental for a one-bedroom apartment will be upwards of $2,000 every month. Utilities should cost somewhere around $150 while food costs may hover around $400 every month.

If you are renting your own car, account for $150 every month for insurance and $100 each month for gas costs. The median home values stand at around $452,059.

Brickell is a wonderful place to visit for leisure and business travelers alike. Here are some tips worth considering:

Things to Do in Brickell

Brickell offers an abundance of things to do. Here’s looking at the same.

1. What are the most popular things to do in Brickell?

Brickell City Center is a great place to visit throughout the day. It has several premier stores including Emporio Armani, Saks Fifth Avenue and Kendra Scott among others. Take the walkway over the South Miami Avenue and get fabulous views. Mary Brickell Village is another great place to visit for restaurants, shops and several other establishments.

2. What are some free things to do near Brickell?

There are several free things to near Brickell including paying a trip to the Vizcaya Museum and Gardens along with taking Everglades Nature Tours. The Philip and Patricia Frost Museum of Science is a fun activity with the entire family. Other free attractions include the Venetian Causeway, Ichimura Miami Japanese Garden and Shark Valley Tram tours.

3. What are more family-friendly things to do near Brickell?

Families can choose from a mélange of activities near Brickell. They should check out the Vizcaya Museum and Gardens for an enjoyable time. The Bayside Marketplace is another great place to visit. The Miami Seaquarium is fantastic for the kids along with the Mary Brickell Village which has an abundance of attractions.

Places to Visit in Brickell

There are several attractive places to visit in Brickell that you should check out. They include:

Places to Eat in Brickell

Brickell is a food lover’s paradise with its amalgamation of eclectic and unique restaurants. There are several types of food joints ranging from premier and plush star eateries to more home-style casual dining outlets. The food choices are diverse, covering everything from local favorites to exotic global cuisine. Here are some of the top establishments worth visiting:

Brickell has a lively street food scene with several outlets offering gastronomic delights to patrons throughout the day. Several eclectic and flavorful options are present for diners along with local cuisine from other parts of the world. Some of the best ones include the following:

Brickell is a shopper’s delight as mentioned, with its swanky thoroughfares and bustling City Center. There are tons of options available for shoppers in the area. Some of the best shopping destinations include the following:

Brickell is home to a solid system of public transportation. It has Metrobus facilities available for residents throughout the entire area. There is also the Miami Metrorail and Metromover network. The Metrorail station is present at SW 11th Street and 1st Avenue while the Metromover is at Brickell Loop. The Metromover train system has three lines going through Downtown. The Metromover easily connects to the Metrorail network and is completely free. Stations are available almost every couple of blocks in Brickell as well.

Metrorail has stops all throughout Miami with easy access to the Miami International Airport. There is good access to the Miami-Dade County bus lines as well along with Amtrak and Tri-Rail lines. The main bus station lies near Arsht Center at Adrienne Arsht Center Station. Taxis are popular commuting options in Brickell till South Beach or even Coconut Grove. Taxis are popular picks for rides within the Downtown zone or basically anywhere near Brickell. Public transportation networks are excellently developed in the area.

The best time to visit Brickell is undoubtedly the Spring season. This runs from mid-February till the month of May. This is when tourists usually look to make the most of Brickell’s outdoor attractions and bevy of activities.

The weather stays comfortably warm while the hurricane season starts sometime later as well. The summer humidity will also be partially present without being too uncomfortable. It will be close to the end of the high season and hence there will be slightly smaller crowds. Tourists can enjoy the gorgeous beaches and other Florida attractions with aplomb. In fact, Florida itself remains sunny and hot throughout the year. You can visit almost anytime.