Andheri West is one of the oldest, most famous and busiest neighborhoods of Mumbai. Most of the Bollywood film studios are located here which makes it one of the most sought-after places, a mecca for artistic talent. Even celebrities like Michael Jackson have performed here at Andheri. The neighborhood was initially dwelled by the Parsis (Zoroastrians), but with time, it has seen a cultural shift as people from various cultures live harmoniously in this area. Being located close to the Chhatrapati Shivaji Maharaj International Airport and the famous Juhu Beach and Versova Beach, Andheri has got a lot of exciting places under its sleeves. It has an old-world charm with a sublime touch of modernity. This is why it is advisable to stay in the locality to feel its real charm. And where better to seek accommodation than one of the serviced apartments in Andheri West.

Some of Our Top Serviced Apartments in Andheri West, Mumbai

Each one of our Serviced Apartments in Andheri West are laced with all the modern amenities one could ask for. They come with a cozy bedroom with attached bathrooms, a living room with a sofa, coffee table and dining table. That’s not all, you get a fully equipped modern kitchen where you can cook your meals and make your coffee. The serviced apartments also boast of free WiFi and flat-screen satellite TV.

Where to Stay in Andheri West

Andheri West comprises small neighborhoods such as Versova, Four Bungalows, Oshiwara, Amboli, Model Town etc. It is quite close to the international airport which takes hardly 15-20 minutes barring traffic. Being so close to the international airport, Andheri West enjoys utmost importance in real estate and also has the single largest co-operative housing society in Mumbai. All the areas near to our serviced apartments in Andheri West are worth exploring and a stroll along the Versova and Juhu beach is bound to give you some sense of calmness.

Contact the reservations team at TheSqua.re to book a serviced apartment in Andheri West today, or explore more Serviced Apartments in Mumbai . 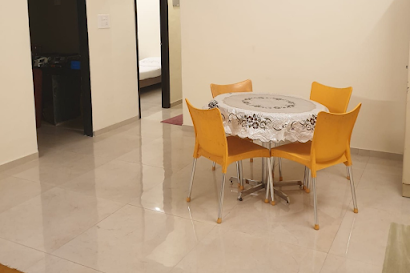 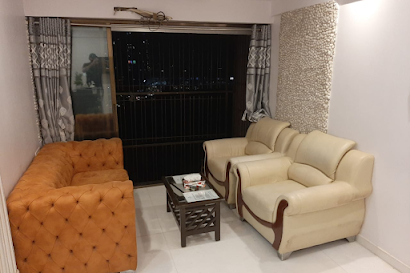 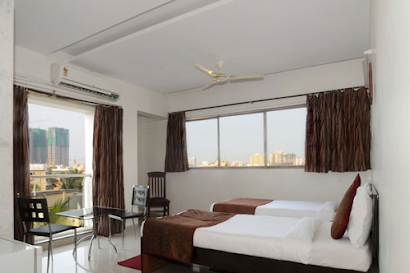 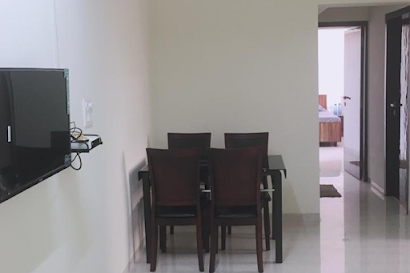 Explore
Goregaon
Borivali
Kandivali
Malad
You may also be interested in
More about Andheri-west, Mumbai

A few facts of the area can be found below:

Andheri West, being situated in Mumbai, has a tropical climate but is frequented by travelers all year long. The temperature between March to June is highly humid and sticky with temperatures soaring to over 40 degrees. Monsoons are the predominant season of Mumbai. Winters usually have the most pleasant climate throughout the year where temperatures go to a minimum of 10 degrees.