Brooklyn is one of the five boroughs of New York City which lies on the Long Island of western point. The city shares boundaries with Manhattan and Queens Island. The population is approximately 2.5 million. It is one of the highly-populated boroughs. Brooklyn is the fourth most populated city in America. Most people choose furnished apartments as they offer open space and modern living. Leisure and business travellers looking for a smaller and compact home. These furnished apartments in Brooklyn are ideal accommodation. People love to spend their trips in comfortable serviced apartments. Each short term rental in Brooklyn offers basic amenities to enable a faster lifestyle. Nowadays, people look for a homely experience that they fail to find in a hotel. The ambience and vibe of the apartments are different from a traditional hotel. The serviced apartments are vibrant and very relaxing.

The borough’s growth has led to an increase in demand for furnished apartments in Brooklyn. It is a popular center of tourism and trade. The city is famous for its unique culture, stylish residences and transport links. The transport facilities and amazing tourist attractions make it a go-to destination. Brooklyn also has burgeoning art, museums, art galleries and theaters. The premium quality short-term rentals in Brooklyn lie across the city. They are present in the top localities of the city and are either leisure or business specific.

Some of the top furnished apartments in Brooklyn are:

The furnished apartments in Brooklyn offer great convenience and comfort worth remembering. Each apartment comes with a comfortable and spacious living area. It also has all the necessary furnishings. The storage space and bathing facilities make it a better alternative to hotels. People who want self-catering accommodation must choose serviced apartments in good localities.

Why Should You Book a Short Term Rental Apartment in Brooklyn?

Visitors can find the best quality holiday apartments and corporate housing. They are available for different travelling groups. The furnished apartments give visitors the feeling of self-sufficiency. There is also a lot of privacy which is rarely found in hotels. Short-term rentals in Brooklyn are available in the Dumbo and Brooklyn Heights areas. The Manhattan Bridge and Brooklyn Bridge link these two islands. These areas are great for sightseeing, especially for people who love historic architecture. There is a wide variety of furnished apartments that people can choose from.

People can choose any apartment according to their needs and budget. Many young visitors can find their apartments in hip Williamsburg. This neighbourhood has buzzing restaurants, chic boutiques, repurposed warehouses, and street art. It also has a thriving nightlife, dance clubs, and exciting music halls. The apartments are available in 2, 3 and even 4-bedroom configurations.

Facilities in Our Furnished Apartments in Brooklyn

Each apartment offers a stellar home entertainment system. There is a well-equipped kitchen, a spacious bedroom, and a neat bathroom. The bathroom has both bathing and showering facilities for the guests. Some extra amenities include weekly housekeeping, parking spaces, and swimming pools. You can also enjoy Wi-Fi connections, a secure entry system, a concierge service, and gym access. 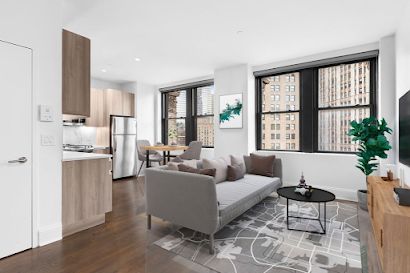 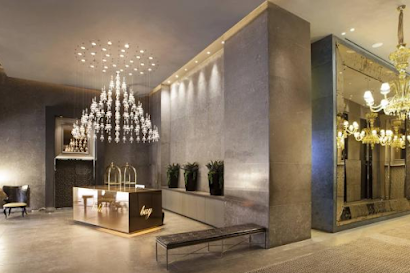 Named after the Dutch village of Breukelen, Brooklyn is perhaps most widely known for its iconic bridge, which was completed in 1883 and connects the borough to Central Manhattan across the East River. Brooklyn's official motto, displayed on the borough’s official seal and flag, is ‘Eendraght Maeckt Maght’, which is the Dutch for ‘Unity Makes Strength’, a motto Brooklyn carries through to this day. Generally, ‘Brooklynites’ have a very strong sense of identity; the people here are not just New Yorkers, they’re Brooklyn New Yorkers. Given the borough is furnished with such a diverse set of people and cultures, it’s no wonder many consider Brooklyn to be a second home from home, and apartments here are some of the most sought-after in America.

Things to Do in Brooklyn

Furnished apartments in Brooklyn NY are also the site of local attraction Prospect Park. Designed by Olmsted and Vaux, who also designed the iconic Central Park, Prospect Park offers a well-manicured, green space, ideal for unwinding after a long day at the office. Prospect Park Zoo is located here, guaranteeing a fun day out for the whole family. Marine Park similarly offers a serene space for visitors to escape the hustle and bustle of the city and features a golf course and the Aviator Sports and Events Center.

For those looking for an injection of fairground nostalgia in their local accommodation, South Brooklyn is home to the famous Coney Island amusement park. First constructed in 1927. Coney Island was one of the most popular attractions in the city until economic factors forced the fairground to close in 1969. Fortunately, the Astroland Theme Park re-opened the fairground in 1975, and the site was once more open to visitors the world over.

Places to Eat in Brooklyn

Brooklyn contains a collection of stylish restaurants, chic bars and street food, vendors. As one of the most diverse neighbourhoods in New York, Brooklyn serves food from across the globe. The Big Apple is particularly famous for its pizza, and guests are encouraged to grab at least one slice before leaving.

Additionally, Brooklyn plays host to a weekly open-air street food market, ‘Smorgasburg’, which attracts 20,000-30,000 people to the area every weekend, making it the largest market of its kind in America. There are over 100 vendors to choose from, with a huge variety of dishes on offer. The market is held in Bushwick Park in North West Brooklyn and is arguably one of the best things to do in the neighbourhood. It is weather-dependent though, so make sure to check the forecast before heading out.

Getting Around in Brooklyn

Travelling between central New York City and Brooklyn is a simple matter, with various transport options available for visitors to the district. Six tunnels and two bridges carry subway lines over the East River that separates Manhattan and Brooklyn. What’s more, travel to Brooklyn doesn’t come with the additional fare.

To reach Brooklyn from Manhattan, take the 2/3, 4/5, A/C, B/D/F, or N/Q/R routes. Each of these routes passes through Downtown Brooklyn, where the lines branch out to different districts in the borough, so be sure to consult a map if you’re unsure of where to go. Additionally, the Long Island Rail Road and bus service connect Manhattan to Brooklyn, and journeys run at regular intervals throughout the day.

For regular travellers, Apartments In Brooklyn New York offers swift and easy access to all major airports, ensuring that international travel is not onerous. For local trips, the borough is served by excellent bus and taxi services, and some residents even choose to hire bikes and cycle the river routes and back streets for a truly unique view of the city.