Chelsea is the art district of Manhattan. People can spend their days wandering galleries of emerging and established artists. It is one of the best neighbourhoods in New York City. You are sure to find the most affordable housing in key localities. A variety of interesting modern paintings is a treat to the eyes. The city is close to midtown and is more relaxed. Visitors can choose to stay at short term rentals in Chelsea. These apartments are well-furnished and come along with basic amenities.

The fully-furnished apartments in Chelsea are perfect for solo, couples, families, friends, and business groups. Chelsea is well-known for its pleasant weather, coffee, and music. The apartments offer great comfort and are more convenient. The Chelsea Market also has many excellent eateries. It also has famous buzzing bars, nightclubs, and performing art venues.

Some of the top short term rentals in Chelsea NYC are as follows:

The furnished apartments in Chelsea are modern living accommodations. They are away from the hustle and bustle of busy roads and crowds. There is a wide variety of facilities and amenities that are better than hotels. Visitors can have a relaxing and comfortable experience after a long day outside. The homely environment makes it an ideal option for people who get homesick. The short rentals in Chelsea NYC are in high demand nowadays. These apartments are available for long and short periods. They are flexible, private, and premium quality apartments.

Why Should You Book a Short Term Rental Apartment in Chelsea?

Young professionals and visitors find Chelsea a phenomenal place. The city has a trendy vibe that attracts people to it. The amazing townhouses, restaurants and galleries are attractive. The streets have low-rise buildings and luxury townhouses that are an appealing sight. Visitors can check the amenities, locations, and prices in the best localities. The price of the apartments will increase based on the location. There are brownie points for charm and facilities that come along with them. The short rentals in Chelsea NYC are private apartments. They come with several discounts.

Facilities in Our Furnished Apartments in Chelsea NYC

The Chelsea furnished apartments have many facilities like Wi-Fi connections, Televisions, and cosy beds. They are also plush furnishings for guests. Travellers can also choose accommodations that have a swimming pool and a gymnasium. Every apartment is unique and there is something available for every type of guest. Some safety facilities include a fire extinguisher, smoke detector, and electricity detector. 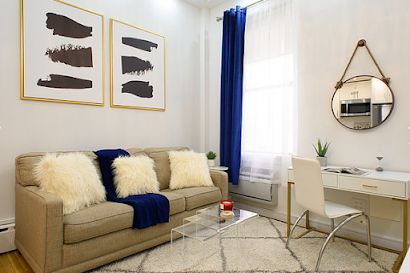 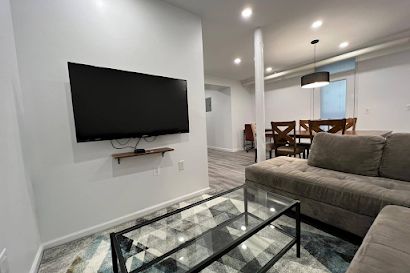 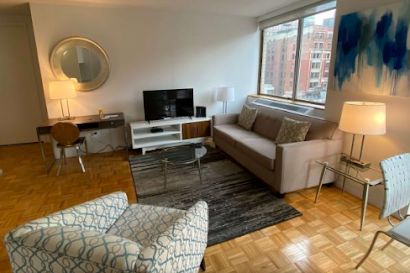 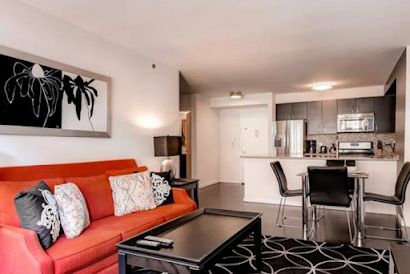 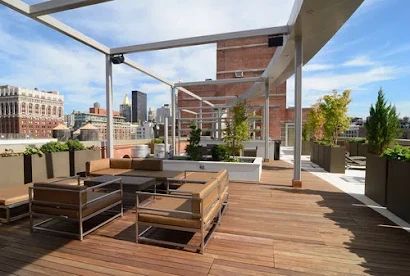 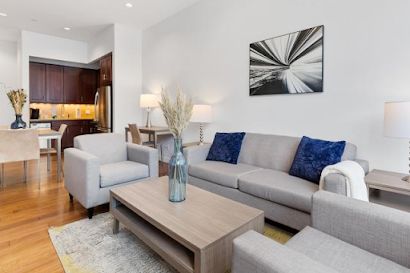 Before guests get on the plane for their short or long stay in the Chelsea neighbourhood, they need to know where they’re going - especially if they haven’t been to this part of NYC (or NYC itself) before. Below are a few facts that can enlighten minds about the glorious neighbourhood of Chelsea:

Things to Do in Chelsea

The trendy hotspot has much to offer for leisure and corporate travelers. Whether it’s somewhere to gain some cultural insights or for somewhere to relax outside of the tough and nerve-wracking boardroom, there’s so much to do in the neighborhood to keep the pulse racing.

Q. What are the most popular things to see in Chelsea?

These are the top 10 attractions in Chelsea:

Q. What are some free things to do in Chelsea?

Here are a few free things to do in Chelsea:

Q. Where should you spend your nights in Chelsea?

Here are the best bars in Chelsea:

Places to Visit in Chelsea

NYC’s trendy mecca has its own attractions and must-see areas. OK, they’re not the Statue of Liberty or the Empire State Building, but they are more than worth any adventurer’s time and deliver further insights into the culture of New York City and its love of all things trendy. With over 200 art galleries to explore as well, there will never be a dull day.

The top 10 places to visit in Chelsea are:

Places to Eat in Chelsea

Like any major city, New York is stuffed full of many cuisines from across the globe. It’s not just American steaks, mac & cheese, burgers and bacon that guests can enjoy, there are all the delicate and scrumptious worldly delights to enjoy from Chinese grub, Japanese food, French delicacies and so much more. The Q&A below can give a helping hand with where to eat in the Chelsea neighborhood.

Q. What are the best restaurants in Chelsea?

Here are the top 10 restaurants in Chelsea:

Saving money is easy when eating at these cheap restaurants:

No trendy neighborhood is complete without street food options. And thankfully, Chelsea has many options to consider both in the Chelsea Market and on the streets. For those corporate and leisure travelers that want to re-energize before they head off to the next meeting or art gallery, the below options will be more than perfect:

We all love a bit of shopping therapy, and New York is full of places to shop; from Midtown through to the likes of Madison Avenue and Upper East Side. However, Chelsea also has a fair few shopping attractions in its trendy streets to keep all folk occupied. From the likes of the Chelsea Market to Manhattan Mall and independent shops, shopping until you drop isn’t an issue here.

Some of the shopping attractions in Chelsea are:

For the uninitiated, New York’s transport system can appear overwhelming. Like many large metropolitan cities, there are many ways of getting around the city, with the subway, buses, and cabs being the most popular options.

The New York Subway is one of the most famous mass transit systems in the world. Throughout the borough of Manhattan, the subway is the easiest way to travel around. Subway fare is $2.75. This will allow passengers to anywhere in the subway providing they don’t leave the underground. It is possible for them to purchase both a weekly and monthly pass for the subway for extra convenience.

The subway stations in Chelsea are:

The weather in New York can alter from season to season, with April to September generally being the warmest months to visit (if hot temperatures are needed). But New York's winters can very cold, with temperatures frequently reaching below 0°.