A highly exclusive private park spanning 2 acres in the Gramercy Park Historic District and an equally coveted residential neighbourhood in Manhattan, Gramercy Park is one of the best places to stay in the city. The neighbourhood is situated within the Manhattan Community District between East 20th Street and East 21st Street. Irving Place starts from the southern tip of the neighbourhood, going to Lexington Avenue and 14th Street.

Intriguingly, the private oasis of 2 acres can only be accessed by those who have keys, making it one of the biggest subjects of interest for New Yorkers. The lovely surroundings complete with proximity to some of NYC’s biggest attractions make the area popular with business travellers, leisure visitors, holidayers, families and locals alike.

Some of Our Best Furnished Apartments in Gramercy Park, NYC:

All our units are well equipped with fully functional kitchens and appliances for a comfortable stay in addition to complimentary Wi-Fi and cosy bedrooms to keep you relaxed and entertained alike.

At TheSqua.re, the reservations team will help you find the best furnished apartments in Gramercy Park, NYC without a fuss. You can also browse through other accommodation options here.

Where to Stay in Gramercy Park

There are numerous Gramercy Park serviced apartments in NYC that offer easy access to the biggest attractions in New York City. East 22nd Street is a buzzing and well connected location along with 3rd Avenue, East 19th Street, East 25th Street and East 18th Street. East River Road is a peaceful place to stay with a calming ambience of its own. 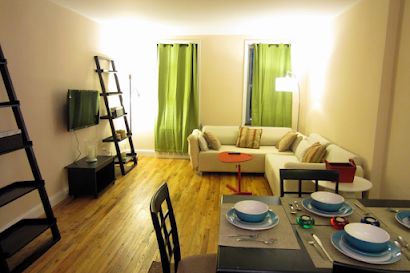 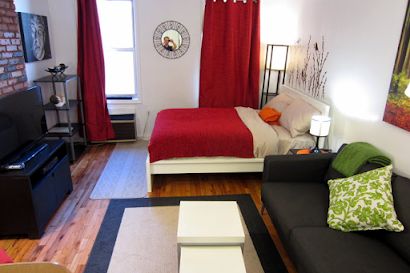 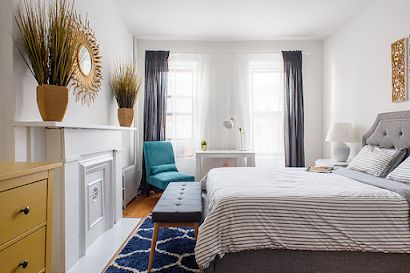 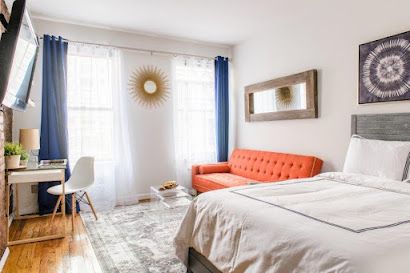 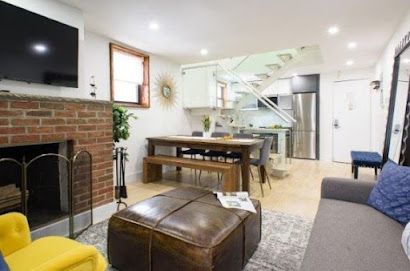 Here are some facts worth knowing about Gramercy Park:

Cost of Living in Gramercy Park

The cost of living in Gramercy Park is understandably high since it is one of the most coveted residential neighborhoods in New York City. Home prices have increased by approximately 34.9% here over the last 5 years. A two bedroom home that was sold for around $863,625 around five years earlier will easily command upwards of $1.1 million in the present scenario. Costs of living are higher by 44% in Gramercy Park than the average figures in NYC and 69% higher than the national USA average. Housing is 15% costlier than the national average while New York State income tax is 62% more than the national average. Median home prices stand at $1,618,200. For restaurants, entertainment and dining, costs vary from one establishment to another.

It can often be intimidating for those traveling abroad to a whole new place. However, a few handy tips will always be of immense help and assistance for travelers in this regard.

Things to Do in Gramercy Park

Travelers venturing out of their Gramercy Park furnished apartments will find several things to do in and around the neighborhood.

Q. What are the most popular things to do in Gramercy Park?

Here are some of the most popular things to do here:

Q. What are some free things to do in Gramercy Park?

If budgets are on the tighter side, you can consider the following activities:

Q. What are some family-friendly things to do in Gramercy Park?

Here are some family-friendly attractions in and around Gramercy Park:

Places to Visit in Gramercy Park

There are many special places that you can visit in Gramercy Park. Some of these include the following:

Places to Eat in Gramercy Park

Staying in furnished apartments in Gramercy Park naturally means that you will be situated in close proximity to several top restaurants in New York City. Some of the best picks include the following:

Gramercy Park also offers ample scope for grabbing a delicious bite while you’re on the move. Here are some of the top street food options worth trying here.

There are plenty of shopping destinations in and around Gramercy Park, ensuring that travelers get a fair dose of retail therapy during their trips! A fact worth noting is that the Union Square Park transforms into a special holiday market that is quite similar to the holiday market at Bryant Park in winters. You can go berserk here, buying souvenirs, gifts, knick-knacks and even mouthwatering food. This is a great holiday shopping destination if you’re visiting in the winter.

Some of the best shopping hubs in Gramercy Park include the following:

Staying at Gramercy Park serviced apartments in NYC will naturally help you access public transportation seamlessly without any hassles. Here are some of the transit lines that pass near the locality.

The nearest subway stations to Gramercy Park include the following:

New York City weather is diverse and sometimes unpredictable. The best time to visit is literally anytime since every season has its own charm. The weather may suddenly change and summer months may sometimes be exceedingly humid with soaring temperatures. Below-freezing temperatures may sometimes be seen during the long winter months as well. The summer season is when high temperatures are sometimes accompanied by common thunderstorms. Several special events take place during this time including outdoor activities galore. August is warm and less crowded. Fall is the best time to explore Gramercy Park and the rest of New York with lovely foliage, the amazing hues at Central Park and other parks and the better weather. October is one of the best months to visit in this regard or even September.