Paris offers an incredible range of options when it comes to accommodation - from luxurious city-center apartments to large scale corporate housing in the suburbs. Le Marais is one of the most beautiful areas of the city, its streets lined with immaculately preserved Renaissance architecture. It is also one of the most central parts of Paris, making it ideal for anyone looking to stay in the city center. Anyone seeking Le Marais serviced apartments will find that TheSqua.re offers a selection of some of the finest properties available in the neighborhood - each having been selected for its chic interior, range of conveniences and the desirability of location.

Out of all the Le Marais accommodation available, these are amongst the highest rated:

These Le Marais apartments boast many of the luxuries usually associated with hotels, such as regular room cleaning services, but they also include fully equipped kitchen facilities, which makes them the perfect accommodation for those on either a long stay or a short stay, and are also ideal for a corporate clientele looking for furnished accommodation. 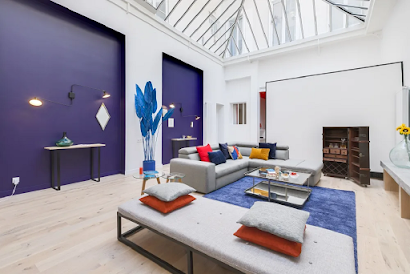 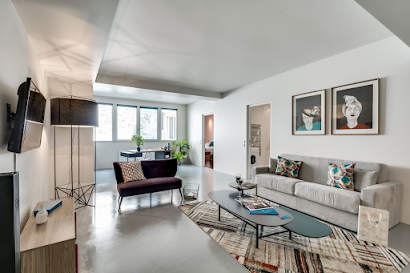 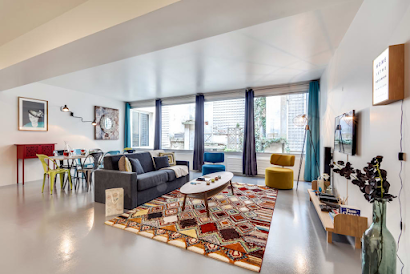 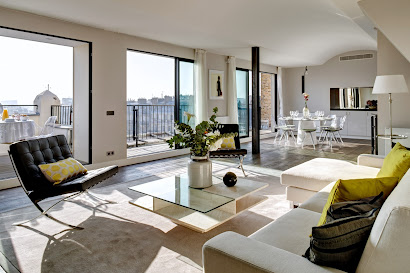 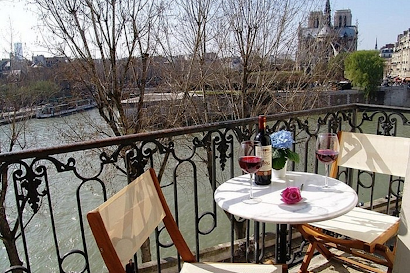 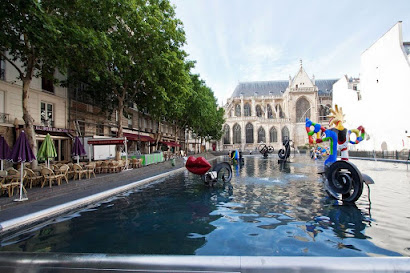 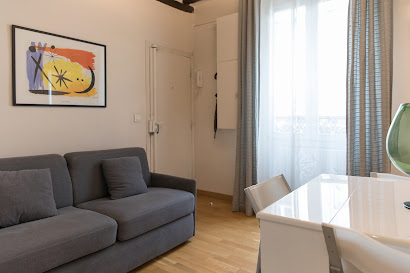 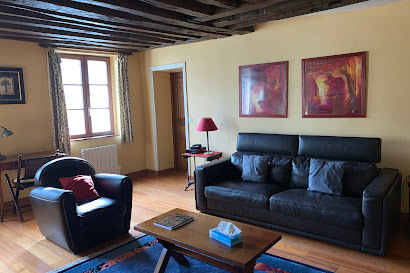 Where to Stay in Le Marais

Le Marais is one of the most beautiful areas of Paris, so anyone staying in the vicinity is more or less guaranteed the classic experience of the French capital. Those seeking views of the Seine might want to base themselves along Quai des Celestins, whilst other seeking green spaces have the option of Place des Vosges. Boulevard Beaumarchais is a great location for anyone looking to explore neighboring Bastille, whilst anywhere along Rue Chapon or Rue Michel-le-Comte will open up plenty of options for exploring the adjacent arrondissements.

The Marais is one of the most popular quartiers of Paris, with its historic charm, picture-postcard streets, ornate courtyards, and gardens, as well as a plethora of traditional cafes and bistros.

Things to do in Le Marais

Paris arguably has more world-renowned landmarks than any other city on earth from iconic modern structures to ancient catacombs, there is enough to do in the city to keep visitors returning again and again. Les Marais is particularly noteworthy for its medieval heritage. Often cited as the French Capital’s most historic quartier, Le Marais is a place to explore as it has so many famous sights nearby.

Q. What is Le Marais known for?

Le Marais is known as being one of the best-preserved areas of Paris, with architecture dating back to medieval times. It is home to the oldest planned square in the city and many of the buildings have been featured in movies and literature.

Q. How long does it take to explore the Le Marais

Le Marais is only a small area so those looking to explore its stunning architecture will find they can fit a walking tour into a single afternoon. However, the charm of Le Marais lies in its atmosphere, so many prefer to spend much longer in the area - perhaps enjoying a coffee in one of the picturesque cafes.

Q. Is Le Marais close to any other landmarks?

Le Marais is just a short walk from some of Paris’s most famous locations, including the Louvre, Jardins des Tuileries and the Palais-Royal. It is also possible to reach several other world-famous landmarks, including two of Paris’s most iconic cathedrals, without needing to rely on public transport.

Q. What are some romantic activities near Le Marais?

Places to Visit in Le Marais

Thanks to its central location, Le Marais is the perfect place from which to explore the city of Paris. Whilst there’s plenty to see and do around the neighborhood itself - not least its huge selection of cafes and bistros - anyone staying in Le Marais will find they don’t need to walk far to find many of the French capital’s most famous sights. Below are a few of the must-see attractions in the area.

Places to Eat in Le Marais

Le Marais boasts a thriving restaurant scene, offering everything from no-frills bistros to fine dining. Anyone looking to enjoy the classic Paris cafe experience will find it in local establishments such as Breizh Café, Cafe Pinsent or Le Pelototon - all of which have an old-world feel to them and exhibit the social atmosphere that such places have become so well known for. In terms of restaurants, there are some excellent fine dining establishments in and around the 3rd and 4th arrondissements, including Dessaince, Comptoir Gourmet, and Le Table Ronde. Alternatively, for something a little more casual, there are plenty of great bistros, such as Bistrot de l’Oulette or Au Petit Fer à Cheval.

Despite being known as one of the most affluent areas in the city, Le Marais still upholds the Parisienne tradition of excellent street food.  The most popular street food locally can be found along Rue des Rosiers - with L’as du Fallafel rumored to offer the best falafels the city. As a former Jewish Quarter, there are also plenty of Jewish bakeries and cafés, offering delicacies such as challah bread, potato pancakes, and more. Alternatively, for something with a little spice, there’s Siam Square Thaï Street Food or OBAO Asian Street.

Being only a small area, shopping in Le Marais is a more low key affair than in much of the city’s more commercial neighborhoods. However, the 3rd  and 4th arrondissements boast a wide selection of specialized shopping, with the likes of The Kooples, Sandro and Comptoir des Cotonniers having a local presence. here’s an abundance of home décor and interior furnishing shops in the area.

For a more traditional shopping experience however, the area has several shopping malls within easy reach. These include:

Le Marais benefits from being part of Paris’s excellent public transport network. There are numerous bus routes operating direct services from all over the city - with the 42 and the 69 covering most other central locations and several metro stations that serve Le Marais and its surroundings. Some of the local metros stop to be aware of include:

Transport in the city can be paid for using the Paris Visite travel pass, which costs €38.35, is a five-day pass which offers unlimited travel across the cities public transport.

Paris weather is seasonal and largely predictable in monthly terms. Winters will see temperatures drop to around freezing - or just below - in December and January. Typically, July and August are the warmest months for the city, with temperatures reaching over 28 degrees on average during the hotter periods. During the summer, it is advisable to find accommodation with air conditioning, as temperatures can stay high even overnight. August is the holiday month and many Parisienne's heads to the south coast, so the city is often less busy than one may expect during the height of summer. Paris weather in September and October is often the most desirable, as during these months it is cooler than the height of summer but typically still dry, making this a popular time of year to visit the city.