Riyadh, being the capital city of Saudi Arabia and the largest one in the Arabian Peninsula, has a high demand for accommodation. Serviced apartments Riyadh serves the purpose of every traveler with any budget and criteria. The city is located in the center of an-Nafud desert and is almost 600 meters above sea level. Riyadh is the administrative and political Center of Saudi Arabia. It has been the headquarters of several banks and major companies, therefore holds great economic significance in the country.

These Apartments offer extra amenities with additional charges such as equally equipped kitchens on my room cleaning services, conference halls, etc. along with all the essential abilities and entertainment equipment. Therefore, these apartments are practical and are highly convenient solutions for travelers for short to long-term stays in Riyadh.

Serviced apartments in Riyadh are popular among travelers to this city. It is because they have better rental accommodation, smaller to lengthy rental-stay facilities. These apartments are large, spacious, and airy. They are designed to fuse comfort and convenience along with contemporary amenities and basic facilities.

These apartments are located close to Major Transport systems that make accessing corporate and business helps along with visiting tourist destinations easier for travelers. Some of them also provide facilities like conference or commerce swimming pools, gymnasiums, etc with additional charges.

We understand our guests need a home-like environment in a distant land and therefore we design these apartments in the best way possible to provide them with comfort and relaxation after a long day. Also, we offer 24-hour assistance to all our visitors.

Corporate housing is a great choice for business travelers around the world visiting Riyadh. These housing units are designed to provide relaxation after a long day. The plush furniture, flat-screen TV, free wi-fi, separate working area, comfortable beds, modern equipped kitchens, and spacious living areas are offered here. Also, most of these are located in the major business hubs where transportation facilities and access to basic amenities are convenient.

Besides business travelers, Riyadh has millions of tourists visiting the city who look for short-term rentals. These serviced apartments in Riyadh provide plush accommodation for a few days to months with all essential facilities and luxury amenities.  These are located in major tourist destinations and are suitable for small to large families, group travelers, and leisure travelers.

Holiday apartments in Riyadh offer large housing units with ample space for families and travelers. They are connected with the major tourist destinations and can avail public transportation facilities. These apartments are fully equipped with modern amenities that a traveler needs in a distant land. This includes fully equipped kitchens, flat-screen televisions, plush furniture, high-speed wi-fi, room service, etc.

Where to stay in Riyadh

The Olaya district is the best part of the city to live in. Buy several hotels, shopping malls, restaurants, and tourist destinations. Another best place to stay in Riyadh is the Al Murabba district. It is the oldest region of the city and has the best tourist attractions in and around. Some of the main districts of Riyadh are Al-Bat'ha, Al-'Olaya & Sulaymaniyah, Nemar, Irqah, Diplomatic Quarter, Al-Shemaysi, Al-Ma'athar, Al-Ha'ir, Al-'Aziziyyah, Al-Malaz, Al-Shifa, Al-Urayja, Al-Shemal, Al-Naseem, Al-Rawdhah, Al-Selayy, and King Abdullah Financial District. 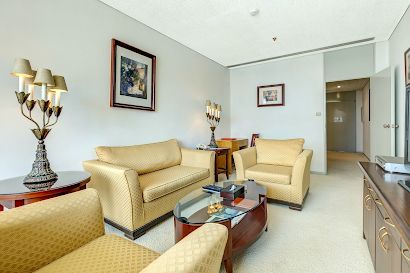 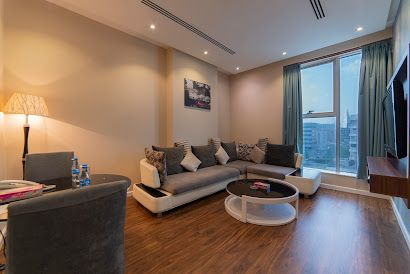 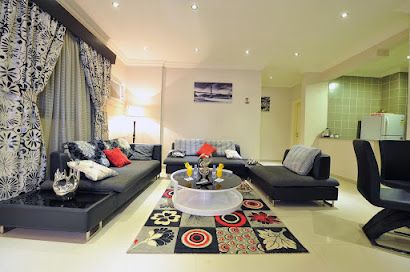 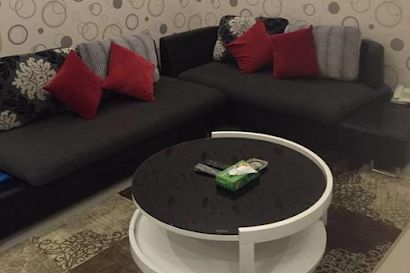 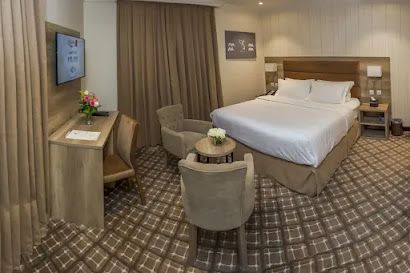 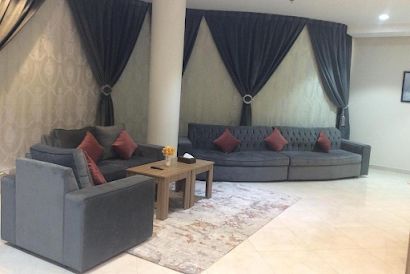 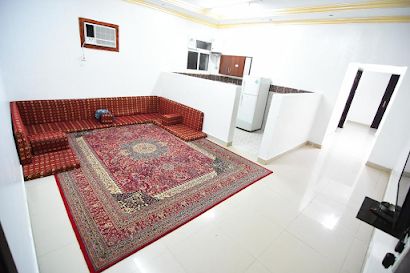 Things to know before booking serviced apartments in Riyadh

Cost of living in Riyadh

Things to do in Riyadh

You can do a lot of things in Riyadh. Some of these are:

Places to visit in Riyadh

Places to eat in Riyadh

Riyadh has some of the best restaurants to dine in, such as The Globe, Elements, Spazio, The Najd Village, Set Al-Sham, Mirage Restaurant,  Lusin, Taste of India, Fairuz Garden, and Al Nakheel. These are a few on the list of restaurants in Riyadh.

Some of the delicious street food of Riyadh are Yughmish, Mutabaq, French Fries or Batatis, Malabari Paratha, Luqaimat, Kulfi, Lahoh, Sobia, Falafel, Samboosa, Manaeesh, Kushari, and lots more. If you are walking down the streets of Riyadh, you can never miss these delicacies of Saudi Arabia.

More than 17 million passengers in Riyadh use King Khalid International Airport for transportation, every year. The airport is located 35 km north of the Riyadh City Center and is one of the largest airports in the world according to the land area. The entire city gets access to a modern major highway system connecting the most important locations of the city. Two separate passengers and cargo lines are being operated by the Saudi Railways Organization between Riyadh and Dammam. Also, metro services are about to open for commoners. The Saudi Public Transport Company provides bus services within the kingdom and its neighboring countries that including Egypt and the Arab states of the Gulf Corporation council.

Riyadh experiences a hot desert climate. This means the city experiences long and extremely hot summers with short to very mild winters. There is very little precipitation during summers in the city and it rains fairly during March and April.