Belltown is one of the densest localities in Seattle, Washington. It lies along the downtown waterfront and is a previous semi-industrial arts district. It has become a locality packed with restaurants, nightclubs, boutiques and residential buildings today. The locality draws its name from William Nathaniel Bell upon whose land this neighborhood came up. Belltown is a walkable locality with everything in close proximity. It also houses the Antioch University and Argosy University along with the City University of Seattle. The Seattle School of Theology and Psychology is also located here.

Here are the best furnished apartments in Belltown for your perusal:

Our   furnished apartments in Belltown offer all the amenities that you require. They come with free Wi-Fi, fully-equipped kitchens and comfortable beds. They ensure memorable stays for guests in Belltown without a doubt.

Contact our team at TheSqua.re for booking serviced apartments in Belltown or keep browsing for more accommodation choices here.

Our furnished apartments in Belltown are ideal for corporate and business travelers. They come with all the amenities that you require including free Wi-Fi and appliances. Rustle up meals in well-equipped kitchens while also enjoying ample privacy in turn. Have colleagues over for brainstorming sessions while relaxing in style after hectic work days as well. Our apartments are also located near major commercial and business hubs. They have everything you require for a fulfilling experience in Belltown.

Holidayers will appreciate our furnished apartments Belltown for their comfort and privacy. Our units offer the best appliances and other facilities for guests. They come with free Wi-Fi, well-equipped kitchens and other security features. Our apartments are spacious and comfortable with the best fittings and furnishings. They also offer proximity to key tourist landmarks and places of interest. Our apartments offer ample room for everyone. You are guaranteed to relish your sojourn in Belltown.

Where to Stay in Belltown

Belltown is bordered by Denny Way and you can access the Seattle Center from here. Queen Anne Hill is another option towards Elliott Bay. Virginia Street is another good option along with accommodation near Pike Place Market.

The remainder of Downtown is also worth considering along with 5th Avenue and near the Denny Triangle. The streets towards the southeast and northwest are key avenues including Alaskan Way, 1st, 3rd, 4th and 2nd Avenues. Battery Street is another option worth considering nearby. Cottage Park and P-Patch are quaint zones with single family homes dating back to 1916. Staying near these areas will be a delightful experience for travelers. 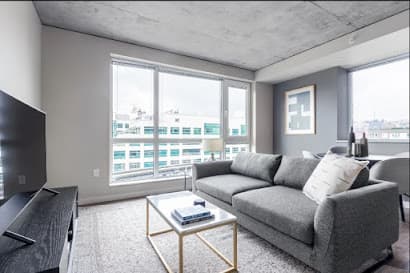 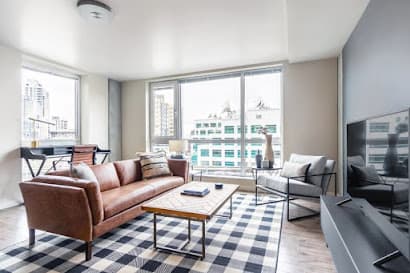 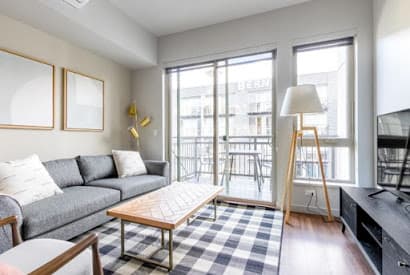 Here are some interesting facts about Belltown that you should know more about:

Cost of Living in Belltown

A regular one bedroom apartment will cost approximately $1,600 every month. Median home values stand at roughly $660,000. Meals at a regular restaurant will cost around $10-30 while meals at a mid-range restaurant may cost upwards of $80.

A one-way transportation ticket costs $2.50-3.75 while a monthly pass comes for $80-100. Monthly utilities come for $204 approximately, including cooling, heating, electricity, garbage and water.

Here are some vital tips for paying your visit to Belltown:

Things to Do in Belltown

There are several things to do in Belltown. Here are some of them.

1. What are some popular things to do in Belltown?

Some of the popular things to do in Belltown include checking out the Seattle Glassblowing Studio, Pier 66, Vine Street, 2nd Avenue and the Nature Conservancy at Washington. Regrade Park is another attraction worth checking out.

2. What are some free things to do near Belltown?

There are several free things to do near Belltown. You can visit the Chihuly Garden and the Museum of Flight. The Pike Place Market is another attraction worth visiting along with the Kerry Park. You can also take a ride on the Washington State Ferries.

3. What are the most family-friendly things to do near Belltown?

Some family-friendly things to do near Belltown include visiting the Museum of Flight, Sky View Observatory, Woodland Park Zoo and the Hiram M. Chittenden Locks. The Pike Place Market is another great place to visit.

Places to Visit in Belltown

Here are the best places to visit in Belltown:

Places to Eat in Belltown

Belltown is packed with several delightful places to eat including local restaurants, leading brands and star dine destinations. If you are one for going out to dine at night without hitting a regular nightclub, Belltown will take care of your needs with aplomb. There are several casual dining destinations while some of Seattle’s finest joints are also housed here. Here are some of the top choices worth noting:

You will find abundant options offering everything from baked goods, sweet delights, Greek meals, pizzas and a lot more. Belltown is home to numerous restaurants in almost every category or genre that you can conceive!

Belltown is home to a vibrant and thriving street food community. There are several options to tickle your taste buds here. You can take your pick from several diverse choices including the following:

Street food is a joyful affair in Belltown. Embrace the variety of flavors and tastes on offer here.

Shopping in Belltown is sheer paradise by all means. Here are some of the best shopping destinations worth considering:

There are several bus lines passing through Belltown. They include the 24, 120, 43, 26, 74, 7 and 545 routes along with Circulator routes as well. There is the LINK light rail network with several stations.

These stations include the Westlake Station along with the Westlake Ave & Virginia St Station. The King County Metro network is also accessible nearby for travelers.

The best time to visit Belltown is the period between September and the month of October. Summer is the high season in Belltown which means a higher rush of tourists while the winter witnesses a major drop in tourist figures. Early fall is the period when tourists start returning in comparatively higher numbers. Summer keeps lingering while people enjoy the outdoors and the plethora of attractions available here. Spring offers warmer temperature with some rainfall and lovely breezes. Pack proper clothing for keeping the chill away if you are planning to visit at this time.

Mid-July onwards, Belltown offers dry, warm and sunny weather all the way to September. It is ideal for biking, hiking and boating among other outdoor activities. Puget Sound waters are not suitable for swimming owing to temperature concerns. October to June is damp and chilly with many hiking trails closing down near Mount Rainier as well. You can take your pick from these seasons for planning your Belltown trip.