Chiyoda is right in the centre of Tokyo and one of the city’s most significant wards. Home to the Japanese imperial family, Chiyoda is unlike any other district in the capital - with a huge amount of its area taken up with the grounds of the royal residence, as well as several prominent corporate headquarters and commercial estates. However, Chiyoda also has its residential areas and being a neighbour to the tourist hotspots of Shibuya and Shinjuku, it is a hugely desirable location for both business and leisure travellers. Whilst there are several hotels in the area, an increasing number of these visitors are realising the benefits of checking into a private apartment.

A selection of the top apartments available in Chiyoda are:

Private let's offer several advantages over traditional accommodation, such as hotels and guest houses. Firstly, they offer a much more authentic experience of the city, as each is a genuine local home. They also provide a much greater degree of privacy, being completely self-enclosed living space. What’s more, serviced apartments in Chiyoda offer many of the benefits ones may expect to find in a hotel, such as room cleaning, reception, and concierge. 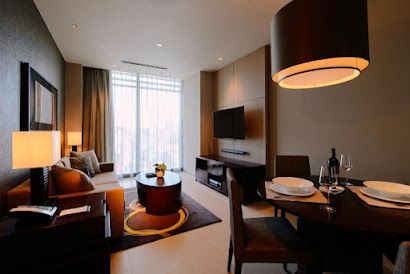 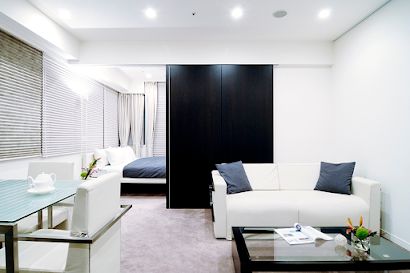 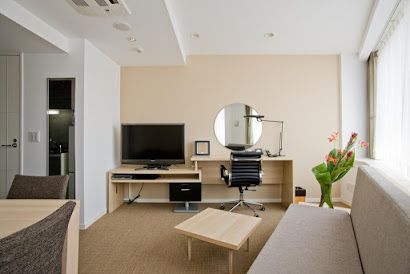 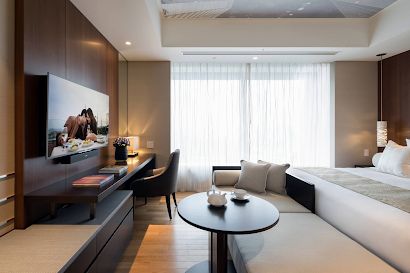 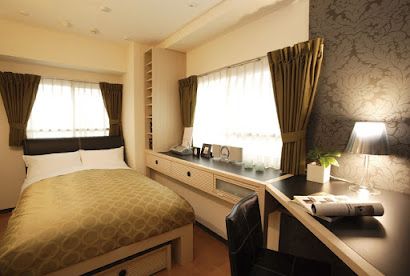 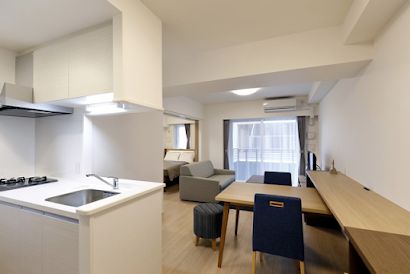 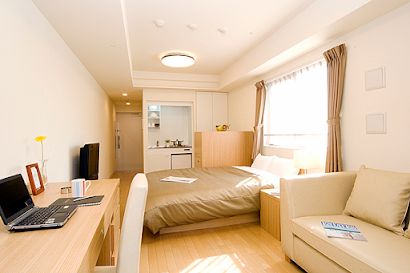 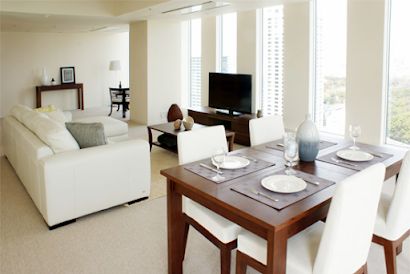 Where To Stay In Chiyoda

Anyone glancing at a map of Chiyoda will notice that the grounds of the Imperial Palace, as well as other green spaces, dominate the area. This means that most of the residential places are on the periphery of the ward. For example, the more prestigious living space is to be found to the west and northwest of central Chiyoda, in the vicinity of the Yasukuni Shrine. This includes the neighbourhoods of Fujime, Kudankita, and Iidabashi. To the north and northeast, there are several residential neighbourhoods including Sarugakucho, Kanda Jinbocho, and Nihonbashibakurocho, as well as several commercial and retail areas.

Chiyoda is a unique destination, comprising of some 11.64 sq kilometers in the centre of Japan’s capital. The ward is most famous for being the home of the Imperial Palace, which dominates much of the urban area and is one of the city’s top attractions. Below are some fascinating facts about the special ward of Chiyoda:

Things to Do in Chiyoda

Chiyoda is ideally situated for visitors to explore all that Tokyo has to offer. The ward also perfectly showcases Japan’s unique juxtaposition of the traditional and the modern, with its Edo-period imperial palace nestled amongst neon-lit skyscrapers. As such, tourists often find Chiyoda is one of the best districts to get a feel for the real Tokyo - as well as the perfect place to branch out and explore the wider city.

What is there to do in Chiyoda?

Chiyoda is dominated by its Imperial Palace grounds, so naturally, these are one of the most popular attractions in the district, as visitors explore the history and traditions of the Japanese royal family. However, Chiyoda isn’t all palaces and history - there are also plenty of modern leisure complexes, shopping facilities, and other quirky attractions.

Are there many outdoor attractions in Chiyoda?

Aside from the sprawling Imperial Gardens, Chiyoda also has many parks and greenspaces in which visitors can be a little more active. There are also several other traditional gardens in the district, as well as more modern urban parks - including the famous fountain park near the commercial neighbourhood.

What are some free things to do in Chiyoda?

Chiyoda is had some of the most picturesque areas anywhere in Tokyo, so visitors will find that it is the perfect place to simply walk around enjoying the sights. These include stunning parks and historic temples, as well as several other architectural marvels.

Places to Visit in Chiyoda

There are numerous landmarks and attractions in Chiyoda, ranging from the traditional to the modern and its central location means it is also the ideal place from which to explore wider Tokyo. As the homes of the imperial family, Chiyoda inevitable welcomes a huge amount of both domestic and international tourists and this is reflected in its myriad amenities and places to see. Some highlights include:

Places to Eat in Chiyoda

Chiyoda and its surrounding area offer plenty of choices when it comes to finding a place to eat. Most of the restaurants are to be found on the outer ward limits, as of course the centre is taken up with the Imperial Palace grounds.

Chiyoda is a great place to try fine Japanese dining, with many upmarket establishments offering both traditional and contemporary menus. These include:

Alternatively, there are also plenty of western-style eateries in Chiyoda, such as:

Of course, there is also an abundance of sushi restaurants in the area, with Sushi Kanesaka and Manten Sushi being amongst the most highly regarded.

Those staying on the western side of Chiyoda also have the option to head over to Shibuya or Shinjuku - both of which offer some of the best street food in the city.

Chiyoda’s neighbours may steal the limelight when it comes to shopping in Tokyo, but the central ward still offers an abundance of retail facilities, malls, and plazas. The best place for serious shoppers is the area immediately surrounding Tokyo station. Here there are several shopping streets and centres - including the 7-storey KITTE mall with sells everything from high-tech electronics to artisan baked goods. Chiyoda also has several other shopping centres to be aware of, including:

Chiyoda is right in the centre of Tokyo so unsurprisingly it benefits from excellent public transport connections. The main city station, Tokyo Station, is found in Chiyoda and offers numerous routes across the city. The main operators are JR East, JR Central and Tokyo Metro for underground services. There are also several intercity services provided by the Shinkansen high-speed lines, connecting Tokyo with cities such as Kyoto and Osaka. Navigating Tokyo trains can be confusing at first, due to the many different lines and operators, so it is advisable to research the relevant lines and journeys in advance. Fares can be paid per trip or by using the prepaid Suica or Pasmo cards - both of which operate in a similar way to London’s Oyster Card.

Other Important Stations Close To Chiyoda Include:

The most popular times to visit Chiyoda - along with the rest of Tokyo - are during the spring, from March to May, when the city experiences clement weather as well as the famous cherry blossom season, or the Autumn months of October and November when cityscape explodes with autumnal colours. However, whilst the temperature in both Spring and Autumn is usually between 10 and 20 degrees, visitors should be aware that Tokyo often experiences high rainfall during these periods and Chiyoda’s proximity to the waterfront means it often experiences windchill that can be difficult to predict. The summertime, particularly August, tend to be popular times to visit Chiyoda, as temperatures can exceed 30 degrees and, combined with high humidity, make for an uncomfortable urban environment.