The Kanagawa Prefecture is located to the south of Tokyo and boasts several of its own metropolises, all set against an incredible backdrop of mountains, rivers, and the Pacific Ocean. Kanagawa offers plenty for visitors to enjoy, with its ancient temples and unique cuisine and natural wonders, such as the hot springs of Hakone or the awe-inspiring Mount Fuji. Whilst many visitors to Japan will head straight to Tokyo, Kanagawa’s capital Yokohama is something of a hidden gem - an incredible cityscape that offers a genuine experience of modern and traditional Japanese culture. Yokohama is also Kanagawa's economic and commercial hub, making it an important destination for international business customers.

Some of Kanagawa’s top serviced apartments include:

Japan is famous for its high standard of accommodation and serviced apartments in Kanagawa represent the best the country has to offer. Each property offers a self-contained, private living space in which guests can relax after a day’s sightseeing. Serviced apartments also offer the enhanced benefits of room cleaning and reception services, as well as having the advantage of cooking facilities for those looking to self-cater. This makes the selection of properties offered by TheSqua.re perfectly suitable for either a short stay or an extended visit. 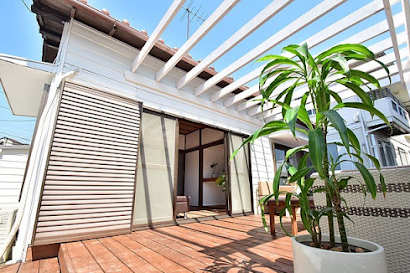 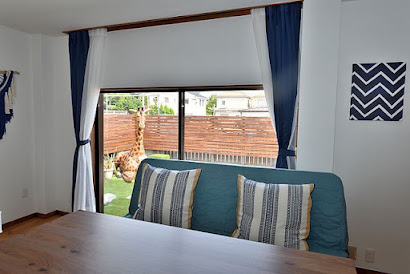 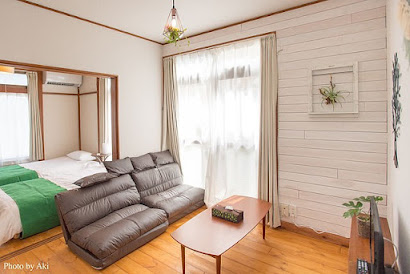 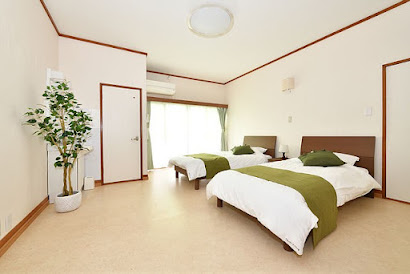 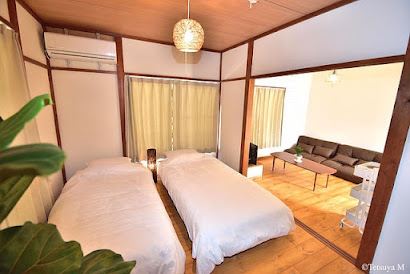 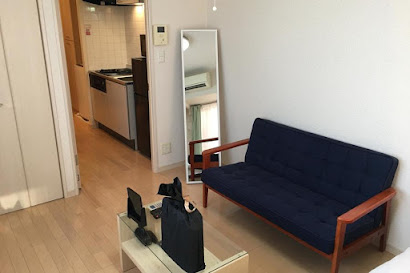 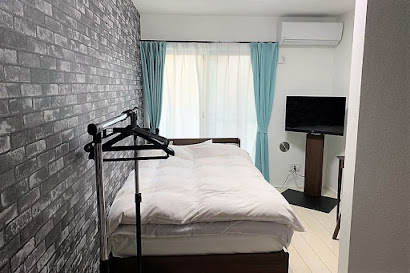 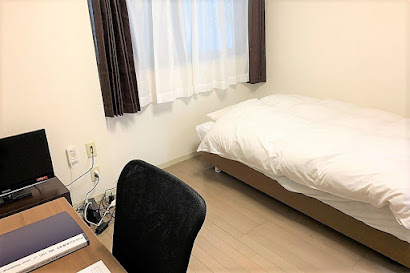 Explore
Chiyoda
Minato
Shinjuku
Shibuya
You may also be interested in
More about Kanagawa, Tokyo

Where to Stay in Kanagawa

Kanagawa is one of Japan's 43 prefectures, similar to a UK county or US state. As such, it covers a reasonably large area and offers a certain amount of diversity when it comes to where to stay - with everything from rural villages to sprawling metropolises within its boundaries. Those visiting the region for business are likely to need to stay in or around the big commercial cities of Yokohama or Kawasaki. Similarly, tourists looking for a city experience or perhaps those requiring easy access to Tokyo will want to take advantage of the excellent transport links offered by these two cities, as well as nearby Sagamihara. Alternatively, many people come to Kanagawa to experience a different side of Japan, perhaps venturing out from Tokyo to get a taste of the culture found in smaller towns. For these travellers, smaller towns and villages such as Chigasaki, Yamato, and Atsugi offer a good balance of a more traditional lifestyle, whilst still offering plenty of amenities and good transport links to the larger cities in the region.

Kanagawa has a long history, dating back to around 400bc. It was once home to Japan’s capital, Kamakura, until the beginning of the Edo period in the 14th century. Today it is one of Japan’s key economic areas, with the cities of Kawasaki and Yokohama being major contributors to the nation’s heavy industry, as well as world leaders in technology and industrial research. With a population of almost 10 million in an area of less than 2,500 sq km, Kanagawa has a surprising amount of social and geographic diversity which makes it one of Japan’s most popular places for tourists outside of Tokyo or Kyoto. Below are a few fascinating facts about Kanagawa:

Things to Do in Kanagawa

Kanagawa’s diversity, as well as its proximity to Tokyo, means it offers plenty of choices when it comes to things to see and do. Within its cities, towns, and countryside there wait plenty of opportunities to experience Japanese culture, explore stunning natural scenery and try some of the most diverse cuisines on earth. Kanagawa’s cities may be famous for their industrial contributions to Japan’s economy, but visitors will find they have as much to offer as many of the world’s more famous city break destinations.

What is there to do in Kanagawa?

Kanagawa biggest advantage is its sheer diversity. Visitors can marvel at the sights of an ultra-modern metropolis, explore a medieval Japanese village, hike the mountains or take a boat trip to do some wildlife spotting - all within the same prefecture. This makes Kanagawa a great place for travellers looking for a unique cultural experience, as well as those looking to connect with the great outdoors.

Are there many excursions available from Kanagawa?

There are several options when it comes to excursions from Kanagawa. Thanks to Japan’s world-leading railway system and famous Shinkansen bullet trains, even cities as far away as Kyoto and Osaka are feasible for a day trip. Of course, Tokyo is also nearby and many visitors to Kanagawa find they spend several days exploring its many districts and landmarks.

What some free things to do in Kanagawa?

There are plenty of free things to do in and around Kanagawa. Whilst many of the national parks are best with paid guides, there are still several places where travellers can experience the stunning countryside for free. Alternatively, Yokohama has several fee attractions - including parks, museums, and temples.

Does Kanagawa have a good nightlife scene?

Whilst Tokyo will always be known as Japan’s top nightlife destination, visitors to Kawasaki or Yokohama are often surprised to find that both cities have their fair share of neon-lit nightspots, quirky restaurants and, of course, karaoke bars. However, it should be kept in mind that nightlife is different from town to town and many of the smaller places, such as Yamato or Atsugi, will be limited when it comes to late-night entertainment.

What are the must-do things in Kanagawa?

Generally speaking, there are several essential, must-see things in Kanagawa. Firstly, Kanagawa is close to several national parks and day trips to these are one of the best experiences the area has to offer. Being a coastal prefecture, it’s also worth exploring Kanagawa’s maritime heritage, with its hectic fish markets, museums and cruises available from local providers. Finally, Kanagawa has a rich history and no visit would be complete without seeing some of the recreations and exhibits dedicated to this.

Places to Visit in Kanagawa

There are numerous places to visit and things to see in Kanagawa, both urban and rural. Visitors should, therefore, build an itinerary of the places they want to see, to ensure they don’t miss out on anything. What follows is just a small selection of the most popular landmarks and attractions.

Places to Eat in Kanagawa

Japan is famous for its diverse and even unusual cuisine. Of course, sushi and ramen are popular across the globe, but there is so much more to the Japanese gastronomy scene.

Kanagawa showcases some of the best dinings the country has to offer. Being a coastal region, it offers some of the best sushi in the world, with restaurants such as Tokiwasushi, Mawashizushi and Maguro Donya in Yokohama and Kimura and Tatsuro Sushi in Kawasaki often having long waiting times for those who don’t book ahead.

For those seeking something more substantial, or at least warmer than sushi, Kanagawa also has plenty of options. For fine dining, Yokohama has the Michelin-starred Tempura restaurant and Azamino Ukai-tei both of which offer a fusion of Japanese and European cuisine. Alternatively, Bill’s is famous for its Australian dishes, whilst Chano-Ma is known for its Italian specialties. Outside of the major cities, there’s Dining Bar Kamechan in Chigasaki, Curry Port in Yokosuka or the Flying Chicken, located close to Fuji National Park.

Kanagawa is also a fantastic location for those who enjoy street food. In fact, street food is something of a mainstay when it comes to Japanese cuisine. Ramen bars are extremely popular, with places like Noodles Bazaar, Ryus Noodle Bar, Hanibiya and Tonkotsu Ramen - all of which are popular spots with Yokohama locals. First-time visitors also have to try the famous octopus delicacy - Takoyaki - which can be bought from many vendors, including Negidako. Yokohama also has its own famous street food - panda dumplings. The happy-faced snacks are available from Roushin in Yokohama’s Chinatown.

Most towns in Kanagawa will offer some shopping facilities, but serious shoppers will need to head to either Kawasaki or Yokohama. Here they will find bustling high streets, ultra-modern shopping malls, and sprawling street markets. Of course, it is also an option to head into Tokyo to experience the unique shopping of Japan’s famous capital. Some of the larger shopping centres in Yokohama include:

To the north, Kawasaki also has several shopping centres, including:

Japan is, of course, world-famous for the modernity and efficiency of its public transport network. Japan’s trains are operated by private companies according to different routes. Across Kanagawa, Keikyu is the main operator for trains and buses and offers day passes and season tickets at reduced rates. The larger cities such as Yokohama, have their own subway systems and Kawasaki falls under Tokyo’s extensive network. Most visitors looking to travel around the region will find trains are the easiest and fastest means of transport. Some key stations in Kanagawa include:

For those arriving or departing Japan via Kanagawa, the Narita Express Train has direct service from Ofuna and Kamakura Stations.

Kanagawa temperatures vary dramatically throughout the year. The region generally experiences distinct seasons, with summer temperatures reaching as high as 32.4°C in August. However, due to high humidity, this can be quite uncomfortable for those who are not acclimatised. For both autumn and spring, temperatures are fairly pleasant, usually between 18 - 25°C, however, there is a great deal of rainfall in Yokohama, even in the driest months of the year. Of course, being close to the ocean, both Yokohama and Nagasaki can experience high winds, so visitors travelling in colder months should prepare for wind chill.