Shibuya is one of Tokyo’s most famous neighbourhoods and particularly known for its incredible shopping facilities. One of the twenty-three city wards, Shibuya is often described as Japan’s answer to Piccadilly Circus due to its abundance of neon advertising and many people will have seen it's famous crossing, where swarms of shoppers converge on an intersection outside Shibuya Station's Hachikō Exit and in fact many people come to the neighbourhood to witness this phenomenon first hand. Shibuya is one of Tokyo's most popular districts, packed with shopping, dining, and nightclubs with a vibrant young population. Its central location means it is also a popular place for those looking to explore wider Tokyo to base themselves. Whilst the city has plenty of hotels to choose from, more and more people are choosing the flexibility of serviced apartments in Tokyo.

Some of the top properties in Shibuya are:

These apartments offer a much more authentic experience of the city, offering guests the chance to live in a genuine home with plenty of additional space and the advantage of full kitchen facilities. Serviced apartments also offer many of the benefits usually associated with a traditional hotel, such as room cleaning and reception. 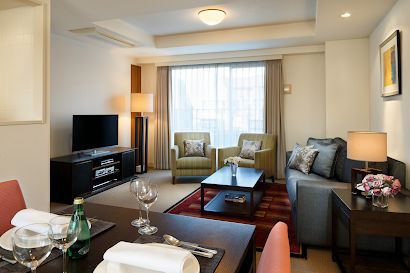 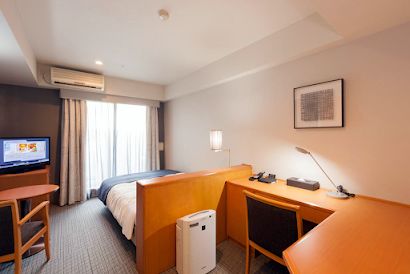 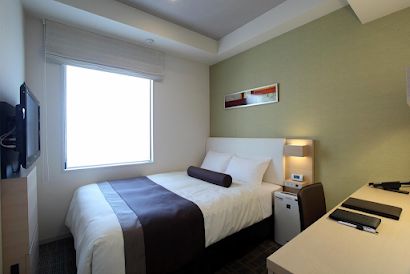 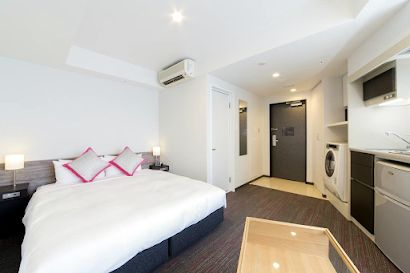 Where to Stay in Shibuya

Shibuya is often thought of as being synonymous with the shopping area immediately around the famous crossing by the station, but the ward actually covers almost 15 square kilometers and its different areas each have their own advantages. Center Gai is a key area in the centre of the ward, with a pedestrian zone packed with by stores, boutiques and entertainment facilities. Similarly, Spain Slope - so-called for its resemblance to a Spanish street - is a pedestrianised area with plenty of shops and places to eat. However, for those looking to step out of the hustle and bustle - as much as is possible in Tokyo - Shibuya also has several residential areas such as Daikanyama, Ebisu, Hiroo, and Higashi. However, Yoyogi is one of the more popular areas to stay, as its neighbourhoods of Uehara, Ōyamachō, Nishihara, and Hatsudai offer a slightly quieter atmosphere, whilst still having plenty of amenities.

With an estimated population of 221,801 over 15 square kilometers, Shibuya is a bustling ward in the centre of one of the world’s most enigmatic metropolises. The area is of course known for its incredible retail opportunities, as well as being a popular place for Tokyo’s young people, however, Shibuya also has a fascinating history and is inextricably linked to the development of Japan’s capital from a collection of disparate villages to one of the world’s economic powerhouses. Below are some interesting facts about Shibuya:

Things to Do in Shibuya

Shibuya is a vibrant ward in central Tokyo, so it will be of little surprise that there is an abundance of historical landmarks, social spots, and cultural attractions locally. In fact, with its neon lights and ultra-modern shopping facilities, just walking around Shibuya is an attraction in itself and many tourists head to the area simply to experience its street scenes.

What is there to do in Shibuya?

Shibuya offers the best of Tokyo - from ancient Shinto shrines to some of the best shopping in the world, the area really has something for everyone. Visitors will find they can spend a day exploring the streets and marvelling at the neon lights, quirky shops, and vertical malls or take a step back in time and explore Tokyo’s cultural heritage.

What are some romantic things to do in Shibuya?

It could be argued that the Japanese have a very different take on romance compared to the West, therefore a romantic evening in Shibuya offers an experience unlike any other. This includes quirky bars, restaurants with movie themes and even the occasional love hotel. However, there are also plenty of more traditional romantic things to do, such as walking in the stunning garden parks or enjoying an evening at the theatre.

Does Shibuya have a good nightlife scene?

Shibuya is has a thriving nightlife scene, though much of this is based around entertainment such as cinema, bowling, and modern arcades, whereas neighbouring Shinjuku is the place to go for bars and clubs.

What are the must-do things in Shibuya?

It will be of little surprise that the number one thing to do in Shibuya is to cross at the famous Hachiko crossing and actually be a part of one of a major landmark. Of course, as Shibuya is also famous for shopping then undertaking a little retail therapy is also an absolute must for visitors.

Places to Visit in Shibuya

Shibuya is right in the heart of Tokyo and close to many of the Japanese capital’s famous landmarks, as well as harbouring plenty of its own. Having seen the bright neon lights and crossed at the famous intersection, the following are a selection of local landmarks and attractions that visitors definitely won’t want to miss:

Places to Eat in Shibuya

Shibuya offers some of the finest dining available anywhere in Tokyo - from traditional sushi joints to European-style fine dine. Those looking to experience some of the local flavours can head to establishments such as Genki Sushi, Katsumidori Seibu Shibuya or Sushi-Izanami Shibuya Tokyu Side - all of which offer sushi as well as traditional Japanese cuisine. There are also fine dining Japanese restaurants such as Omotesando Ukai Tei and Ichiran Shibuya to be found locally.

Alternatively, those who prefer international cuisine also have plenty of options, including American style diners such as The Great Burger, American House or Reg-On-Diner, Italian cuisine at La Bisboccia or Tharros, and the French offerings of Concombre or Le Petit Bedon.

Shibuya is often lauded as the number one ward in Tokyo for street food. Everything is available here - from traditional ramen bars to quirky modern comfort foods. There are, however, several other staples that every visitor must try - mainly takoyaki, okonomiyaki, yakisoba, and taiyaki (the suffix -yaki means to grill). Two of the best places for ramen are Ramen Yasuo and Akanoren Nishiazabu Honten - popular with both tourists and locals, whilst Wan Izakaya Shibuya offers a mix of just about everything. Alternatively, there are also plenty of western-style street food vendors, such as Tapas & Tapas on Jinnan Street, or Angel Crepes for those with a sweet tooth.

Above all else, Shibuya is famous for its incredible shopping facilities. Replete with modern malls, tech-fuelled high streets and quirky boutiques, the ward has something to offer even the most discerning shopper. Shibuya Mark City and Magnet by Shibuya 109 are two large-scale shopping complexes, containing both traditional malls and standalone high street stores. Both offer a great introduction to the world of Japanese retail - with its hectic advertising and eye-catching displays. Alternatively, there are several other large scale malls dotted all over the district. Some of the highlights include:

Shibuya Station is a major transport hub and first-time visitors are often surprised when they encounter Japanese stations - many of which contain entire urban ‘villages’ with shopping malls, restaurants, and entertainment. Shibuya is currently undergoing major redevelopment that will give it additional underground lines. Most train services from Shibuya operate on the JR Yamanote Line, which is known as the backbone of the Tokyo metro system and offers easy access to the major locations of the city. Those planning to make multiple journeys throughout their stay are advised to pick up a prepaid Suica or Pasmo card - similar to London’s Oyster Card - which offers lower fares than paying for individual journeys. A few key stations accessible from Shibuya are:

Central Tokyo experiences a temperate climate, with fairly mild, sunny winters and hot, humid and rainy summers. However, whilst the city does experience distinct seasons, it should be noted that the weather can be unpredictable. Summers are typically hot and can become uncomfortable due to high humidity. This means that the most popular times to visit Japan’s capital are from late March to May - the famous cherry blossom season - and from October to November, where the city is alive with autumn colors. Typically, temperatures in these months will hover at around 15 degrees, however, there is also a very good chance of rain so its important to pack accordingly!