Asian economies are fast becoming the biggest, busiest and richest in the world. The success stretches along a huge number of major cities and smaller countries. Beijing, Shanghai, Hong Kong, Tokyo, Seoul, Osaka, Dubai, Qatar are just some of the names that are gracing the list of the world’s most successful economies in 2019. 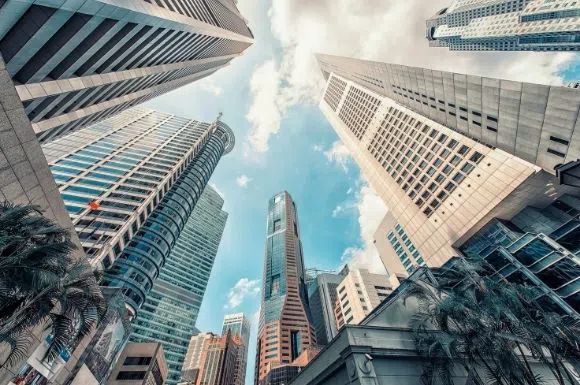 There’s one destination that may not be at the top of these lists with regard to GDP, but it has been considered the jewel in the Asian business crown for many years and is still a major corporate destination. That place is Singapore.

Singapore’s continued success is down to many things. One of these is an established multicultural, multiethnic society. The majority of people you will deal with in business will, of course, be Singaporean Chinese but you will encounter counterparts from every corner of the globe.

Despite being such a diverse society, the business culture in Singapore remains fairly conservative and adheres to traditional Asian business values. Successful business people from other cultures have learnt to adapt to local customs.

Also Read: Best Area to Stay in Singapore For Travelers

Singapore may remain fairly traditional in terms of business approach, but that traditional culture isn’t necessarily enforced as strictly as it might be in other Asian countries. Sure, successful people learn to go along with the traditions, but Singapore is also a friendly place, open to newcomers, so the odd business faux pas is accepted more than it may be in other destinations.

Another recent change in business travel to Singapore is the accommodation. Instead of staying in hotels, many people are now staying in Singapore serviced apartments on long term budgets.

Although the official languages in the country are Mandarin, Malay and Tamil you will find that most business conversations are conducted in English. You will also find that English is used quite extensively in a social capacity too.

A popular spoken language on the streets of Singapore is ‘Singlish’, a kind of Singaporean slang version of English. This isn’t an acceptable language in business meetings, however. The Singaporean government does not approve of the vernacular in any official capacity, favouring Standard English instead.

Remember to be polite at all times. Topics to avoid in business meetings are similar to what they would be in any business meeting around the world. These include race, politics and religion.

As you would before taking out any client, ensure that your idea of fun and entertainment matches with your counterpart’s.

If your clients are Malay then you have other things to consider. It is likely they are of the Muslim faith so do not propose entertainment on a Friday and do not serve alcohol or pork. Also be aware of when Ramadan falls, as a business dinner would be most appropriate.

If your clients are Indian it is also best to steer clear of steakhouses for entertainment, some Indians do not eat beef.

In Singapore, business lunches are actually the norm. Business breakfasts are very rare.

If you’ve done the inviting, remember it is also your responsibility to pick up the bill.

Remember that if you give a gift, it must be wrapped. Present and receive gifts with two hands and wait until the other person has left before opening your gift.

There are a few things you should never give as presents:

This section could be huge as etiquette plays a uge part in Singaporean, and indeed Asian, business.

When attending a meeting, formal wear is required. Whilst a lot of Western cultures have dismissed the need for suits and ties, in Singapore, a long-sleeved shirt and tie is often essential, despite the tropical climate.

Remember the business card is sacrosanct. Give and receive them with both hands and lay them out in front of you on the table in the same shape as the seating arrangements. Never write on them. Do not put them in your pocket, especially a rear trouser one. Keep them out until the meeting is over. Once it’s over, carefully put them in a business card holder.

If you’re looking for a Studio Serviced Apartments Singapore, check out thesqua.re. They have apartments available across the city.