Located east of Midtown Manhattan and on the periphery of the iconic Chrysler and Empire State Buildings, Murray Hill is an increasingly popular accommodation destination for visitors to New York City. Perfectly picturesque with its tree-lined streets, a variety of townhouses, businesses and modern apartment buildings can be found in Murray Hill, all of which provide easy access to NYC at large. Luxury furnished apartments in Murray Hill NYC are an ideal accommodation option for tourists and business travellers looking to stay in the neighbourhood, and many are available locally, courtesy of TheSqua.re.

Some of the best furnished apartments in Murray Hill NYC include:

Murray Hill NYC apartments combine the convenience of corporate housing with the comfort of furnished rentals, allowing guests to get out and explore the city at their own pace. All Murray Hill furnished apartments for rent from TheSqua.re are well planned out, with modern decor, first-class facilities, and enough space to house the entire family! Clean and spacious bathrooms, air conditioning throughout and fully fitted, fully equipped kitchens (allowing for home-cooked meals), enable visitors to recline in their very own home away from home. Complimentary high-speed Wi-Fi allows guests to connect online in no time at all while enjoying the modern surroundings in chic, stylish lounge areas. Whether on a short let or an extended stay in Murray Hill NYC apartments, these furnished apartments will fit guests’ every need.

The Murray Hill apartments for rent are a popular hotspot for young professionals and college graduates, who frequent the bars along Third and Lexington Avenues, but there is also plenty to keep tourists and casual travellers entertained. Many of New York’s most iconic landmarks can be reached with relative ease from the neighbourhood, and the area is also well-connected to Greenpoint and Long Island City, thanks to the adjacent Queens Midtown Tunnel.

Where to Stay in Murray Hill

Though officially disputed, the boundaries of Murray Hill are roughly 34th Street (South), 40th Street (North), 5th Avenue (West) and 3rd Avenue (East), making it one of the smaller neighbourhoods in NYC. Apartments here though have the luxury of a number of exquisite bars and restaurants, not to mention a one-block walk to the Empire State Building to the West, the Chrysler Building to the North East, and Grand Central Terminal (North West).

In a more urban and built-up New York neighbourhood, residents will have to seek out the greenery of Vartan or Bryant Parks if they are looking for a temporary respite from the hustle and bustle of city life. For those who enjoy the excitement and activity, however, Murray Hill borders the lively Midtown district, with all the shopping and sightseeing opportunities around Times Square readily available. And should visitors ever want to sample that famous NY nightlife, there are plenty of trendy bars and nightclubs around Lower Manhattan to keep them away from that furnished apartment for a little while longer. 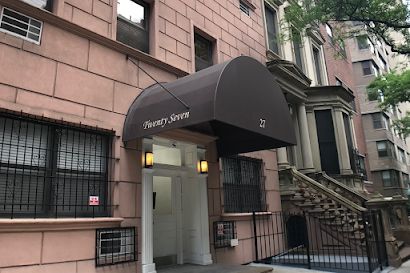 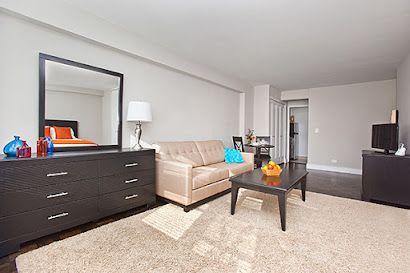 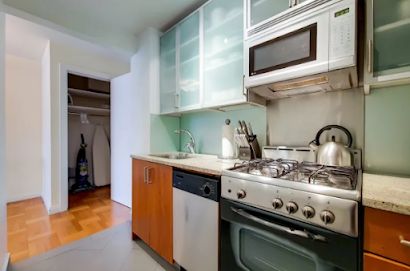 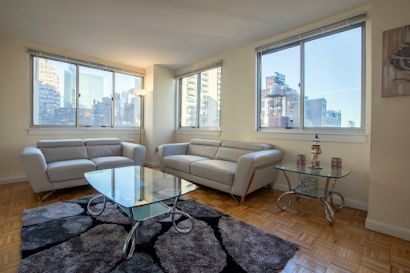 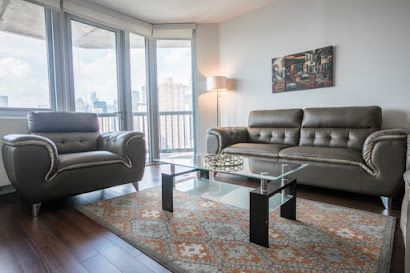 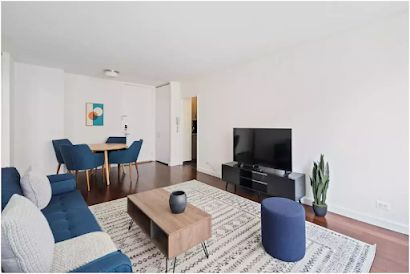 Murray Hill was originally named after Robert Murray, the head of a mercantile family that settled in the area during the 18th century. Relatively isolated from the rest of New York City, which in the 19th century was centred around Lower Manhattan, the area became an upscale neighbourhood over the course of the 20th century, and today is home to a number of significant cultural, historic and political institutions, including the United Nations headquarters. The nearby areas are also well furnished with excellent schools, making rental apartments here some of the most sought-after in America.

Culture and Shopping in Murray Hill

Murray Hill possesses a refined yet laid back atmosphere, with plenty of shopping potential. Visitors can find unique seasonal wares, men's boutiques, and the most cutting-edge fashions from big-name designers, all within walking distance. Midtown East lies within easy distance of all Murray Hill housing, and there are also a number of corporate chains, such as Trader Joe’s, close by, from which residents can pick up anything they may have forgotten. Whether shopping for fashion trends or simply looking to browse, Murray Hill is definitely worth a look.

Places to Eat in Murray Hill

Bordering Koreatown, Murray Hill includes a huge variety of diverse cuisine from which to choose. Boasting excellent Indian, Korean and Sichuan restaurants, several blocks within the neighbourhood are colloquially known as ‘Curry Hill’, where many residents are able to eat out without breaking the bank. The Big Apple is also particularly famous for its pizza, and guests are encouraged to grab at least one slice before leaving the city.

Manhattan is particularly famous for its thriving nightlife scene, with several late-opens bars and clubs located in the area around Midtown and Murray Hill. It’s also a short journey by subway to Lower Manhattan, which is where the party really gets started! The ideal destination for tourists looking to dive headfirst into everything New York has to offer, or for professionals hoping for easy access to the city’s major businesses from the comfort of their furnished apartments, Murray Hill contains everything a guest could want, no matter the length of stay.

Getting Around in Murray Hill

No matter if it’s short-term stays in Murray Hill or extended residential trips, the one thing that is vitally important for any city break is transport. Transit access has been something of a problem in the neighbourhood’s eastern reaches in recent years, however, the completion of the Second Avenue Subway has helped to resolve these issues. The subway now gives excellent access to all major neighbourhoods for professional work or social uses, and all stations are within easy walking distance of any rental apartment.

Murray Hill NYC Apartments is served by the 6 Train at 33rd Street, and by a number of local bus services operated by the MTA. The Metro-North Railroad service is also available at the nearby Grand Central Terminal, and a number of ferry routes help link the neighbourhood to other areas of New York across the waters of the East River. Of course, there’s nothing more American than jumping into the back of an iconic yellow taxi, although bear in mind this might not be the fastest way of getting around during rush hour.

For regular travellers, Murray Hill offers swift and easy access to all of New York City’s major airports, ensuring that international travel is not onerous. Wherever guests choose to wander, the city’s excellent amenities ensure they will never be too far from home.