Minato is a special ward located in the centre of Japan’s capital, Tokyo. It is known as a special zone due to an initiative started by the local government to establish a “Special Zone for Asian Headquarters”, intended to attract foreign companies to establish bases in the area. As such, Monato has a large expat population and is known for its facilities and amenities aimed at a western clientele. With this in mind, the area is an important destination for those visiting Tokyo on business - with plenty of accommodation providers tailoring their offerings to meet the needs of those who plan to work during their stay in the city. However, Minato isn’t all work - it also boasts a large number of cultural and art facilities. What’s more, thanks to its economic importance It has also begun to play an increasingly important role in Tokyo’s political landscape. Naturally, this means that Minato offers an abundance of choice when it comes to accommodation.

Some of Minato’s top serviced apartments include:

Serviced apartments in Minato are a much better option for business travellers than a traditional hotel, as they offer an enhanced level of privacy as well as additional space in which guests can work or take time to relax. They are also a great option for those looking to stay a little longer in Tokyo, as the addition of full kitchen facilities means having the option to self-cater - which is essential for an extended stay. Japan, in general, is noted for its excellent standard of accommodation and TheSqua.re’s offering of serviced apartments in Minato represents the best the city has to offer. 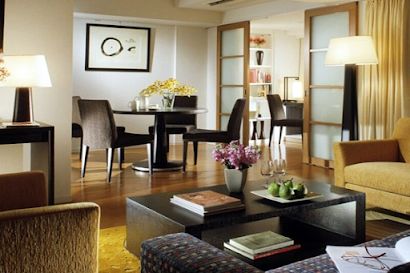 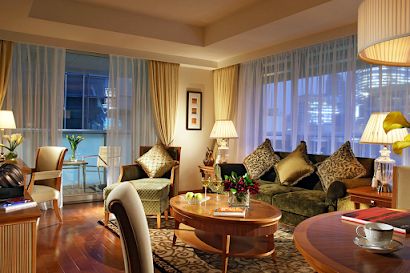 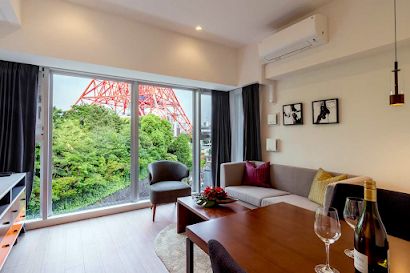 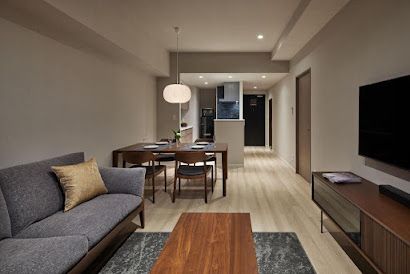 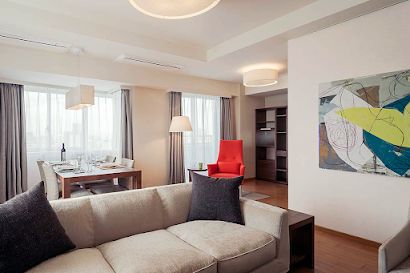 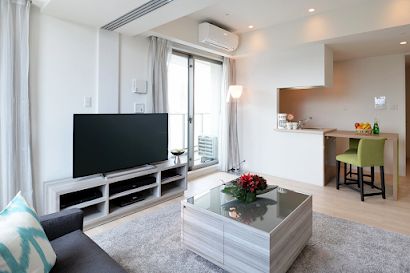 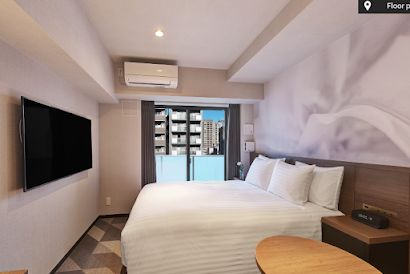 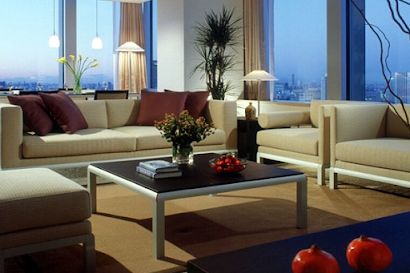 Where to Stay in Minato

Despite being part of Tokyo, Minato is effectively a city in itself, with several distinct districts and neighbourhoods. Arguably the most popular area for expats - especially those looking to sample a little of the local nightlife - in Roppongi. Roppongi is popular with both locals and tourists and also offers a great base from which to explore the more central areas of Tokyo. Similarly, Daiba has emerged recently as another social hotspot for westerners living in Minato. Those seeking quieter places, yet which still offer unique streetscapes can head to the more local areas of Aoyama, Azabu, Akasaka, Takanawa, and Shibaura. Here the modern streets merge seamlessly with the more traditional Japanese architecture and unique way of life. Alternatively, for something a little more in-between, Shiodome and Azabujuban offer many of the modern facilities that Roppongi does, whilst still presenting western visitors with something of a culture shock,

Minato City is an international city, designed to be the centre for global business conducted in Japan. It is for this reason that over half of the embassies in Japan are located here in the region. A haven for expats, almost 8% of Minato’s population are foreign nationals. The area is known as a ‘special city’ as it offers local tax discounts, deregulation, financial support, business and life support, and more to encourage international firms to base their Japanese operations locally. Aside from its importance as a business location, Minato also boasts a diverse and unique cultural scene. Below are some more facts about Minato:

Things to Do in Minato

Being part of Tokyo, Minato’s offers a huge amount of things to see and do - from historic landmarks to ultra-modern leisure facilities. The areas of Roppongi and Daiba are famous for their nightlife, whilst nearby Odaiba, on reclaimed land, is known for its fantastic shopping facilities. There are also plenty of family-friendly attractions in the region - making Minato ideal for tourists visiting with children.

What is there to do in Minato?

Minato is close enough to central Tokyo that the city’s major sights and landmarks are just a short journey away. From stunning modern architecture to huge seafood markets, Minato is the ultimate place from which to experience the most eclectic aspects of Japanese culture. The neighbourhoods of Daiba, Roppongi and Shibaura offer some of the best shopping outside of Tokyo city-centre.

Are there any free things to do in Minato?

Minato has a great selection of things that can be enjoyed free of charge. Those looking to explore Japanese culture can check out some of the temples in the area, many of which can be explored for free when not in use for ceremonies. There are also numerous parks and gardens for those who enjoy the outdoors and several of the landmarks around Tokyo harbour can be enjoyed for free.

Does Minato have a good nightlife scene?

Tokyo is famous for its unique and vibrant nightlife and Minato is certainly no exception. For a great selection of bars, restaurants and pubs, Roppongi is arguably the best place to go, with Daiba also having a lot to offer after hours.

What are the must-do things in Minato?

Generally speaking, there are several essential, must-see things in Minato. Firstly, Minato is close to several national parks and day trips to these are one of the best experiences the area has to offer. Being a coastal prefecture, it’s also worth exploring Minato’s maritime heritage, with its hectic fish markets, museums and cruises available from local providers. Finally, Minato has a rich history and no visit would be complete without seeing some of the recreations and exhibits dedicated to this.

Places to Visit in Minato

Minato City is a unique location with a huge amount to see and do. Blessed with a futuristic cityscape as well as a surprisingly rich natural environment, the ward offers all manner of attractions and its location towards the city centre means it offers easy access to many of the famous landmarks of Tokyo.

Places to Eat in Minato

Japan has a wonderfully diverse cuisine, with its traditional dishes of sushi and ramen being popular across the globe. Tokyo is also known for its unique themed restaurants - many of which offer a quirky Japanese take on western dishes. Narisawa, Tokyo Shiba Toufuya Ukai, Unkai Japanese Restaurant, and Jomon Roppongi are all great options for those looking to explore the more traditional cuisine, with Itamae Sushi Akasaka being one of the best moderately-priced sushi restaurants. For those looking to eat more familiar foods, there are plenty of western restaurants in Minato. French Bar Honda, L’Effervescence and L'Atelier de Joel Robuchon are three of the best French restaurants in the city, whilst Italian cuisine can be found at Trattoria Mari e Monti or La Bisboccia.

Minato also has plenty to offer when it comes to street food. The most popular street food is ramen without a doubt. However ramen bars are more than just a place to get a quick bite to eat, they are one of Tokyo’s classic idiosyncrasies and an essential experience for anyone visiting the city. Akanoren Nishiazabu Honten, Mazesoba Bunka Akasaka Honten and Agari are all good options for those looking for the authentic ramen dishes, whilst the famous Panda Sugar is a little bit more of a novelty but still not to be missed.

Tokyo is known for being one of the world’s top shopping destinations, with several districts and neighbourhoods famous for its retail offerings. One such neighbourhood, Odaiba, is in the immediate vicinity of Minato and offers modern and extensive facilities, as well as the unusual novelty of a 50-foot giant robot statue. The areas of Roppongi and Shibaura also have great facilities, whilst those looking for more also have the option of heading over to Tokyo Midtown. Amongst the best shopping malls in Minato are:

Japan is known across the world for its efficient and even futuristic public transport system. Minato is, of course, part of that network and is extremely well connected to the JR Lines, as well as to the regional transport nodes in Shinjuku and Shinagawa Station which offer the cross-country Shinkansens, or bullet trains. Minato City is also an important transport hub in itself and those staying in the area are likely to find that trains and the metro are the only means of transport they require. A prepaid Suica or Pasmo card is the best means of paying for multiple journeys, offering reduced fares and operating in a similar fashion to London’s Oyster Card. Some key stations in the area are:

Minato experiences the same weather system as the rest of Tokyo, which can vary dramatically throughout the year. The city usually experiences high summer temperatures - reaching as high as 32.4°C in August. Combined with high levels of humidity, this can make the city quite uncomfortable for those who are not acclimatised. Spring is the most popular time to visit, thanks to clement weather and the famous blossoming cherry trees. However, Minato can still be very cold at this time of year, with temperatures hovering just above freezing until April.