It was an area that the Spanish first populated in the 1770s and today it remains most closely associated with San Francisco’s Latin population. However, between then and now it has also been made home by populations from Asia and Europe, the latter consisting mainly of Irish, Italian and German immigrants. 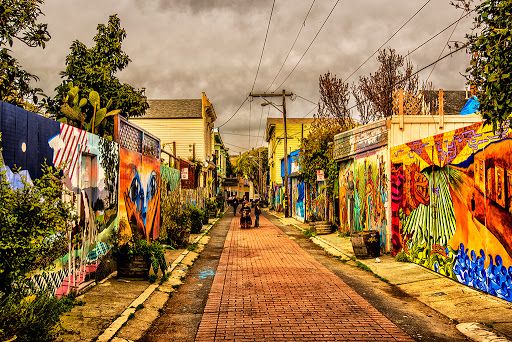 Mission District is a neighborhood in San Francisco, California.

Nowadays it is well known as being home to families from Central and South America, though not exclusively a Latin part of town it is this culture that influences the character of the neighbourhood.

Mission Street itself is heavily influenced by its Latino roots but just two blocks over you can find Valencia Street which has a different look and feel altogether.

Valencia Street is the centre of the nouveau riche population which are transforming the area.  It’s a population that has grown from people working in the technology sector and is probably the fastest growing population in the district.

Valencia Street was previously a known hang out for artists and musicians but in recent years rents have increased, meaning they have had to move out of the area in order to find alternative more affordable accommodation.

This has not meant all culture has left the area, far from it.  The galleries and book stores remain, as do the stages for musical performances and the famous wall murals.  However this change in population has meant that the shops, restaurants and bars in the area have had a major facelift in recent years.

Designer shops now stand amongst trendy bars serving coffee by day and craft beers by night. The restaurants are now some of the finest to be found in San Francisco. They boast of fresh ingredients gathered from local sources used in some of the most innovative ways imaginable. 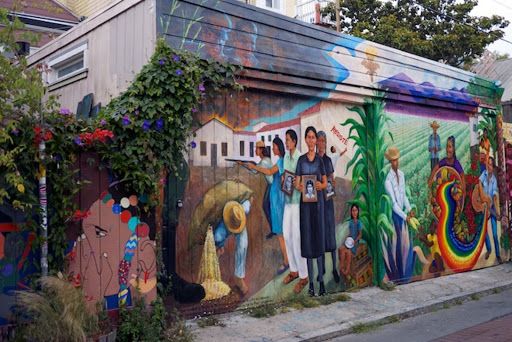 Pasta and pizza are the specialities at places such as Flour + Water and braised meats can be enjoyed at Delfina.  Philz Coffee promises the best coffee in the city as does Sightglass Coffee and Linea Caffe.

If cocktails are more to your liking then check out ABV, or for a more traditional bar head over to Shotwells.

Thesqua.re has plenty of furnished apartments in San Francisco to choose from, including serviced apartments in Mission District itself.  See the website for more details.