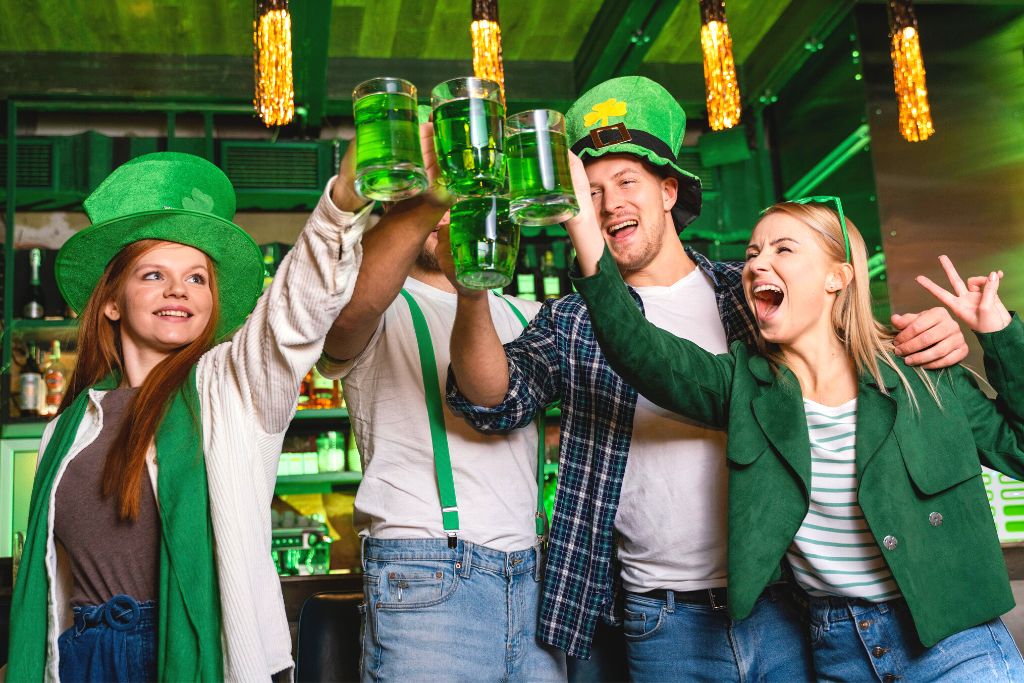 St. Patrick’s Day Parade will be held on March 17, 2023 at exactly 11 A.M to show honor to St. Patrick, who was the Patron Saint of Ireland. The route of the parade is from Fifth Avenue at East 44th Street to East 79th street.

From the very first days, St. Patrick’s Day Parades in New York have been run by volunteers, many of whom come from generations who are dedicated to the association of the parade. To run the world's oldest and largest parade takes a long time and countless hours to prepare. The most involvement comes from women and men in New York. The New York St. Patrick’s Day Parade is a non-profit organisation registered under 501(c) (3). There is a rule maintained by the authority that if March 17 falls on Sunday, then the parade will take place on March 16 for religious rituals. In this parade, approximately 150,000 people take part and it pulls out about 2 million spectators. This parade is organised by the Irish Community of New York City.

The people can gather on 5th Avenue as early as possible, it follows the rule of best views for those who come early. Any place along 5th Avenue will give visitors of the parade a good location to view the event. No portable restroom will be available near the parade route and it is ordered by the NYPD. There will be no chance of cancellation of the parade due to bad weather. It is said that the parade has marched in different weather conditions in the past. The starting time of the St. Patrick’s Day Parade is 11 AM Easter Standard Time and the approximate ending time is 4:30 PM.

The System of the St. Patrick’s Day Parade

The parade organisation arranges tickets for the spectators and it is available on a first -come - first served basis.  The people get the ticket by sending a request letter with a self-addressed and stamped # 10 envelopes to the address of the organisation. You have to remember that your request should reach before March 1 at the parade office. The visitors are requested to dress professionally to take a seat at the grandstand. It maintains the dignity of the parade, but there is no need to wear strictly formal clothing. People are requested to avoid wearing skirts, slacks, closed-toe shoes and so on. Visitors are also requested not to wear beads, large hats and many other mentioned items. If one leaves the seat he or she is requested to carry the ticket with him or her for going back to the seat. St. Patrick’s Day Parade permits people to bring their kids although pets are not allowed for the event. If you are intent on viewing this mega event, then you will find several short term rentals in New York near the location of the same.

Other Features of the St. Patrick’s Day Parade

This day is celebrated as a secular holiday and it is a big festival for a large number of Irish immigrants. The visitors wear the Irish green and enjoy the corned beef cabbage and beer which are also coloured green. St. Patrick’s Day Parade has developed into a celebration of Irish culture with marches, music, special foods, drinking, dancing and more. A traditional celebration includes many features such as drowning the shamrock, rocking shamrocks, enjoying Guinness and many more. Wearing green, finding leprechauns, wearing blue and hilariously pinching someone who is not in green is also the tradition. Watching the Irish step dancing, enjoying the Irish Music and dying the river in green are also the traditional ways to celebrate St. Patrick's Day Parade.

The spectators enjoy the Patrick’s Day Parade in various ways. The atmosphere of the city will be exciting and festive at this time. No one needs to be Irish to enjoy the day. The people and the local tourists who look similar in green will spend their time with family and friends. Bars will be overflowing and visitors will line up the street to watch the parade.

St Patrick's Day is generally celebrated by Christians and St Patrick is a saint of Ireland. People in New York also follow and celebrate this day by entering the church at the beginning of that day. St Patrick was born in the late 4th century and he was British by birth. Some people kidnapped him when he was 16 years old. Those people decided to treat him as a slave however he escaped and embraced Christianity. Before the death of the famous saint, he established schools, churches, and monasteries within Ireland. Many popular people grew up in the era of St Patrick. People celebrate with their country flag and start walking towards the church from their location. This is how people participate in this festival and follow all the rules of the St Patrick's Day parade.

Also Read: 10 Books You Must Read Before You Go to New York

People from New York first started celebrating St Patrik's day in 1762 and within the USA, people from Boston first adopted St Patrick's Day in the year 1737. People celebrate this day by following various religious services along with feasts. St Patrick switched his religion to Christianity around the time of 432 CE.