There’s no doubt that New York City is one of the best places in the world to do your Christmas shopping.  The lights, the decorations, the atmosphere and the sheer extent that some of the shops and people go to to make this a magical time of year.

Not to mention the odd heavy snow flurry that transforms a modern city into something you’d expect to find in a Dickens novel! The first thing you need to know about Christmas Shopping in New York is that it starts pretty early and it starts big!  The day after Thanksgiving, which is the fourth Thursday in November, is known as Black Friday and it is the biggest sales day of the year across the whole of the US.  Some stores slash their prices by a considerable margin.

New York doesn’t have as many of the massive retail malls that can be found in the suburbs, but there are still plenty of bargains to be had.  Also, from this date all the way through to the winter sales starting on Boxing Day, practically all the shops, even small independents, are open until 10pm.

The first thing to get is a decent New York area guide, so you won’t miss a moment’s shopping by aimlessly wandering the streets.  Next you’ll need to know the best places to shop in New York.
Times Square If you want to shop whilst at the same time feel as if you’re a star in one of New York’s many Christmas movies then this is the place to be.  Times Square has featured in many a festive movie backdrop and it’s a great place to shop, eat, drink and just generally be put into a Christmassy mood.

The destination of the truly professional Christmas shopper is definitely one of New York’s premium outlet malls.  Here you’ll be able to pick up designer gear at vastly reduced prices, including clothes shoes, luggage and even jewellery. Woodbury Common is a good example of one of these malls, as is Bryant Park Winter Village.  They may be a little bit outside of the festivities of the city centre, but the latter makes a huge effort in transforming itself into a Winter wonderland. 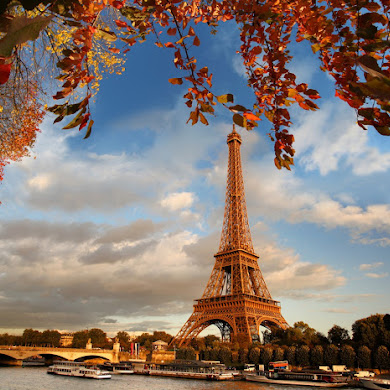 Why is November the best time to visit Paris?