An Insider’s Guide to Moving to San Francisco

This guide has been designed with the explicit intention to provide expats and travellers with all they need to know about moving to San Francisco. Within this chapter, we will be covering the many forms of transport in San Francisco, along with the best ways of how you can travel like a local. Travelling can often be a daunting and sometimes stressful experience, especially in a new country. This guide and chapter will help to alleviate any anxieties

Getting around San Francisco is easy, convenient and straightforward. The San Francisco Municipal Railway and the Bay Area Rapid Transit (BART) are the key modes of transport as are the buses, taxis, cable cars, metros and cars. With all these forms of transport you’ll be spoilt for choice when it comes to commuting or travelling around the city.

But let’s just imagine that you’ve just arrived and you want go sightseeing or want to know the area a little better. How then do you do that? Simple. This chapter will help you to know how you can traverse the city with little to no problems.

The BART and Municipal Railway (Muni) control and deliver a lot of the public transportation services, including the trains. Caltrain is also a worthy mention. BART connects San Francisco to Oakland and suburban areas like Alameda, Contra Costa, and San Mateo and is a great way to get around the city. The tickets are easy to purchase, although we recommend you purchase a Clipper Card (more on that later) to facilitate cost and access.

The routes that can be taken include:

But there’s also Caltrain too. It connects commuters to other counties of California like Santa Clara and San Mateo. Great for all expats, travellers and hard workers.

You can pay for tickets or use the good old Clipper Card. Up to you.

The buses are also administered by Muni, as well as other bus agencies. Due to the intricate transport structure of San Francisco, the bus routes and stations for BART and Muni Metro can be accessed no matter which bus you use. 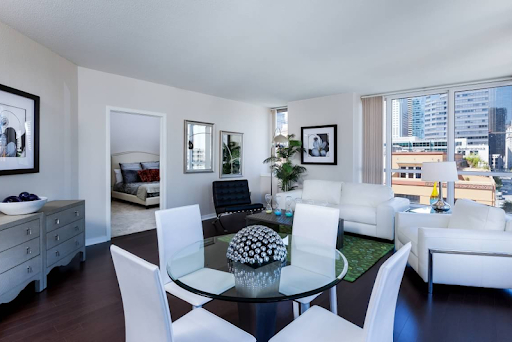