When travellers think of Amsterdam, they think of the windy, narrow canals that curve their way around the city. One of the great pieces of engineering in Europe, the canals are a big attraction, just as much as the Royal Palace, the Van Gogh Museum and Vondelpark. In fact, they’re so popular, that visitors want to stay in accommodation that’s close to them and wake up to canal views.

That’s where Amsterdam's canal apartment come in. Situated near to the Amsterdam’s top attraction, guests can enjoy the canal boats going past as well as the calming swill of the water below every morning and evening. Just what they need when they come to the city of Amsterdam to relax and chill.

And that’s before the amenities are covered. These include a fully equipped kitchen where delicious meals can be crafted, a flat screen TV to watch all the Dutch shows, complimentary Wi-Fi to connect to all things on the web, cosy living spaces to relax in after the day’s long adventure and comfy beds that will have guests drifting off to the land of nod in no time.

To be near to the canals and to enjoy Amsterdam’s canal apartments, guests need to be in the right neighbourhood(s). These include the likes of Prinsengracht, Keizersgracht, Herengracht and Jordaan - home to some of the canals listed on the UNESCO World Heritage Site. Perfect for those that the big highlight right there.

Contact the reservations team at thesqua.re to book apartments near Amsterdam’s canals, or take a look at our apartments here. 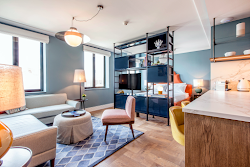 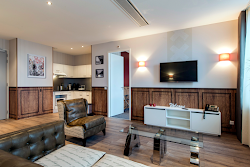 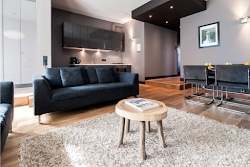 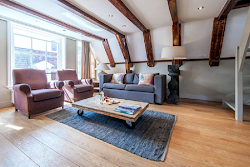 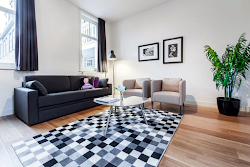 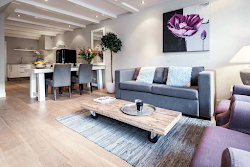 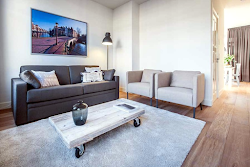 We have a number of other properties not yet listed on the site.
Please fill out this form and we will get back to you shortly.

Q1. How many serviced apartments are available for booking in Amsterdam?

A1. There are over 131 serviced apartments in Amsterdam with more being added every day. In total, thesqua.re has over 100,000 apartments across the globe that are waiting to be booked.

Q2. What are the most popular luxury serviced apartments in Amsterdam?

Q3. What is the price range of serviced apartments available in Amsterdam?

A3. Prices start from $97 per night and increase from there. Bear in mind that the type of apartment and number of guest will affect the overall price.

Q4. What offers are currently available for booking serviced apartments in Amsterdam on thesqua.re?

A4. To see a selection of Amsterdam offers, please visit our offers and coupon page.

Q5. How do I search for the best serviced apartments in Amsterdam on thesqua.re?

A5. Choose a part of Amsterdam you want to visit and search for the perfect stay for you using our easy search tool. Begin your search here.

A6. Some of the apartment buildings in Amsterdam will offer bed and breakfast or gym membership, whereas others may provide them with an extra charge. The apartment listing will make that clear Other services include airport pick-up, meet and greet and so much more. Book your stay here for the full thesqua.re experience.

Q7. Can I have guests in a Amsterdam serviced apartment?

A7. That depends on the policy of the apartment/building management. You may have to enquire first when making your booking in Amsterdam .

Q8. Why is staying in a serviced apartment in Amsterdam better than a hotel?

A8. Serviced apartments in Amsterdam have all the features of home, are centrally located and have other astounding attributes that make them better than hotels, as covered here.

Our 113 CANAL APARTMENTS AMSTERDAM are rated 4.0 out of 5 based on 112 reviews
×
Schedule a call back in your preferred language with our reservations team.