Places to Visit in Latin Quarter

Designed as a theatre and circus, Arènes De Lutèce was destroyed in AD 280 and was rediscovered in 1869, and the arena comprises remains of the baths at Cluny. The rare evidences of the powerful Roman city of Lutetia that thrived on the River Gauche in the 3rd century can also be found in the arena.

Built between 1922 and 1926, this beautiful mosque has serene arcades and a decorated minaret. You can chill and enjoy sweet mint tea and a tempting pastry in the lovely courtyard tea salon.

The museum is hidden on the second floor of the 5th arrondissement’s police station. The exhibits are in French only. There are photographs, drawings, letters and memorabilia related to some of the city’s most sensational crimes. In the museum, you’ll find an old uniform, a guillotine and remnants of the Second World War like German machine guns.

The huge dome of Panthéon dominates the Left Bank. It was originally built as the church of Ste-Genevieve and was later transformed into an all-star mausoleum for the biggest names like Zola, Rousseau, Voltaire, Dumas and Hugo. 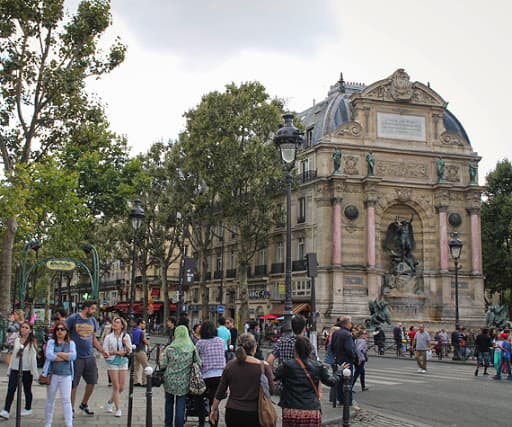 Things to do in Latin Quarter Wine and dine in Latin Quarter