As you may already know, New York is a city of four very stereotypical seasons. The summer can be hellishly hot, and even though it’s fairly easy to rush from one air-conditioned building to the next, rushing is probably the last thing you’ll be capable of in the stifling heat.

Winter sees biting cold and the not even occasional huge dump of snow. Luckily New York is used to these extremes and copes remarkably well with them each and every year, but should you visit the city during these times you will be left wondering if there’s a more pleasant time to visit.

Spring is generally considered the best time to visit the city, it’s warmer but usually not too humid, but it does fluctuate depending on the month. March, for example, is very different from May but still pleasant in a different way. 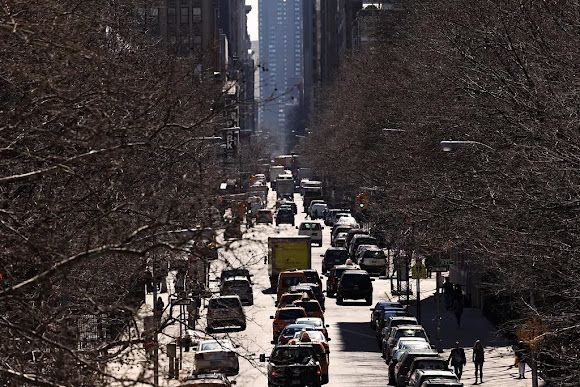 The month of transition from winter to spring. It’s still not particularly warm, especially at the beginning of the month, but the days are a bit less frozen and generally less bleak. Be prepared to be in a t-shirt one minute and sheltering from a heavy snowfall the next! In other words, layer up!

March is still the low season for tourism, so if you’re looking for those short term rentals in Manhattan now’s the time to look. There’s nothing quite like staying in upper east side New York apartments in Spring.

The other benefit of low season is that the city is less crowded. Less people means that the attractions are more accessible and queues are generally shorter.

This is NOT to be missed if you find yourself in New York at this time. Second, only to the Thanksgiving Parade in terms of size, this is the day when it seems the whole of the city turns green in celebration of the Emerald Isle.

A top tip is to stand on Fifth somewhere above 65th. This takes you away from the crowd at the beginning of the parade and mixes you in with the local Irish party people!

One of the biggest art fairs to take place in the world and the main event during Armory Arts Week.

The event takes place at the West Side Piers and attracts contributors from over thirty countries around the world. If you’ve ever had an interest in contemporary art, this is a great place to catch up with the latest trends.

This is the month that many New Yorkers consider the first of spring. Winter has been cast away for another year and that coat can be thrown back in the closet.

Despite the optimism of most New Yorkers, April can still sometimes be quite chilly, and on occasion, it can see significant snowfall. But who cares when you can see the legendary cherry trees start to blossom across New York’s beautiful parks.

New Yorkers love a parade and this one dates back as far as the 1870s. Dress up in your Easter best and join in the fun along Fifth Avenue. It starts at 10:00, goes on until 16:00 and it's a great place to try out that new bonnet!

The festival that not only presents the best in US folk music, it also brings you worldwide music from the genre.

You can enjoy film screenings, workshops and of course the most important thing of all, music, which can come in the form of organised stages or impromptu jams, in case you want to play along.

Arguably the best month to visit the Big Apple. Rain generally stays away but when it comes it can be a downpour, so carry an umbrella. The temperature is generally pretty good but best of all the humidity is zero, something you’ll appreciate if you ever find yourself there in peak summer.

Shakespeare in the Park

The great thing about May is the increase in the number of outdoor events, especially those that are free! Of all of these the Shakespeare in the Park event has to be the most popular.

It takes place at the Delacorte Theatre in Central Park, carries on through sun and rain and has even been known to feature the odd famous star.

Taste of the Lower East Side

Bars, DJs, games and plenty of food, this event has grown in popularity since its inception 18 years ago. The list of participants almost covers every eatery you’d want to be seen at in the area, each of them offering tasting samples of their wares.

Word of warning, turn up to this event hungry, rest assured, you won’t leave that way!